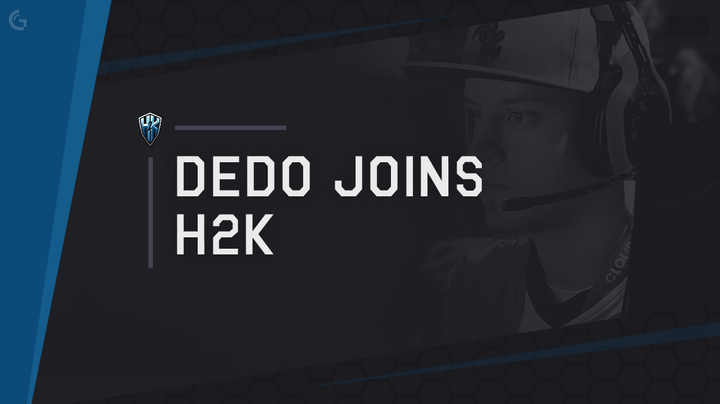 H2K announced their final roster for MLG Orlando and the Call of Duty: World League Championships – should they qualify through the NA Qualifiers.

Since the departure of Andres “Lacefield” Lacefield to compLexity Gaming after H2K’s early exit out of Stage 2 Playoffs, H2K was able to bring Kenneth “Dedo” Dedo on board. Their new roster consists of:

Dedo has spent time on non-Pro teams such as Enigma6 Gold, Most Wanted and Cloud9.Eclipse since Call of Duty: Black Ops 3 release. He has seen little success recently, but he was a major part of the iSolation eSports squad that gathered notoriety towards the end of the Call of Duty: Advanced Warfare lifespan.

The rest of the H2K squad has been together since H2K ventured into CoD earlier this year. They have seen some success, placing T4 at UMG South Carolina, avoiding relegation in Stage 1 and also making Stage 2 Playoffs.

Also, it is worth noting that PHiZZURP and Dedo have seen success on previous teams together. In Call of Duty: Black Ops 2, the two won UMG Dallas on Vanquish Gaming. In Advanced Warfare, the pair placed T8 at UMG Orlando and T12 at CoD Champs on Strictly Business.