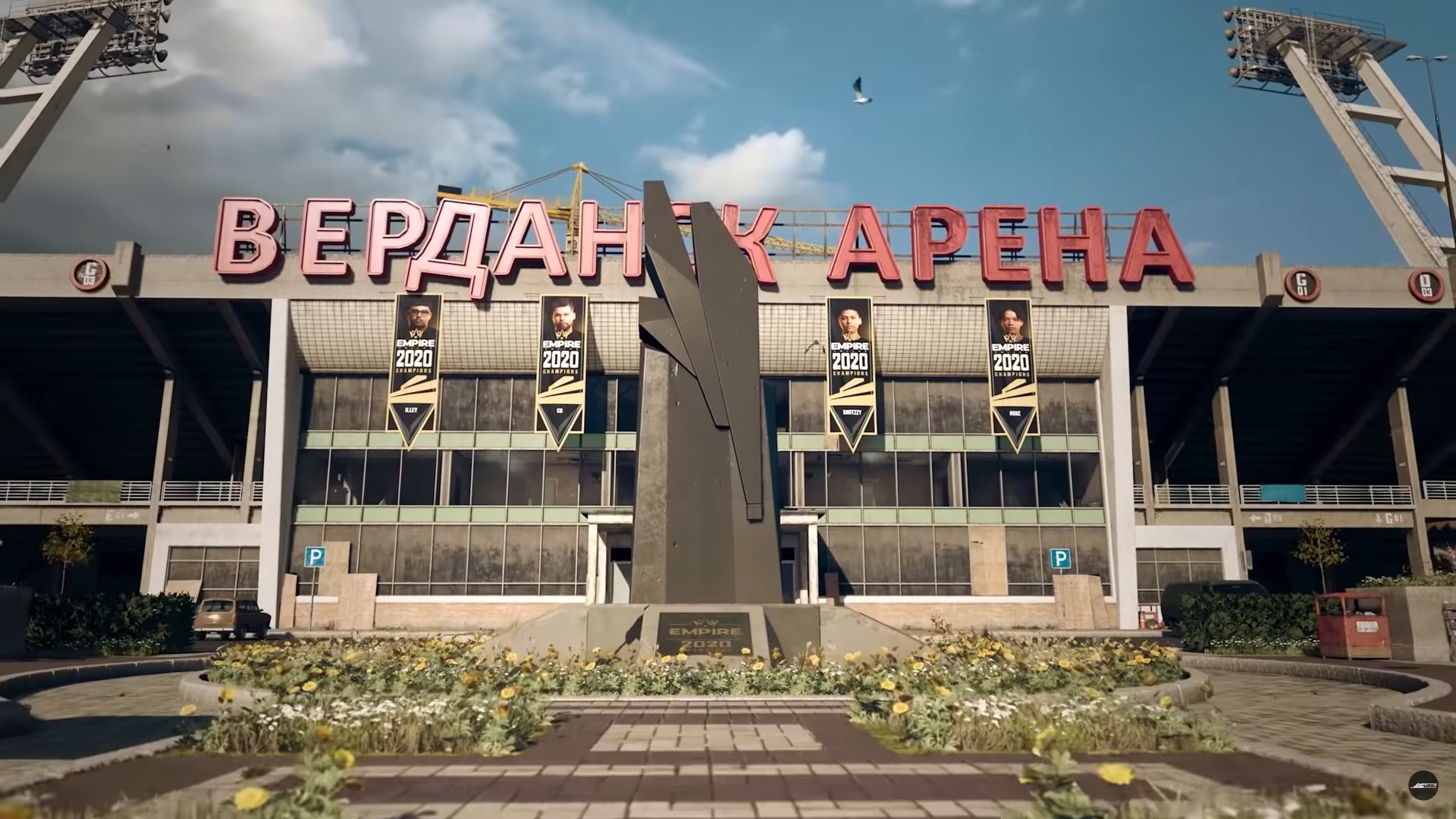 The inaugural Call of Duty League champions are now on display inside of Call of Duty: Warzone for all to see.

A massive trophy statue and banners featuring the five championship-winning players’ faces now adorn the Stadium point of interest in Verdansk, paying tribute to last year’s winners in Call of Duty: Modern Warfare. Just don’t question the logistics of a 2020 winner being on display in 1984 Verdansk.

The massive trophy statue first appeared in Warzone last week, covered with a cloth. But the CDL broadcast on Sunday, May 9 revealed the tribute in a video featuring the five players reacting to the news.

Shotzzy, iLLeY, Crimsix, Clayster, and Huke’s faces are now in-game for all to see. Although the latter two players have since moved on to different teams, creating some slight awkwardness in the video, the fivesome is cemented in history as the CDL’s first champions.

This tribute sets a cool precedent moving forward since it’s likely that future CDL champions will also have some sort of in-game tribute like this one. It’s certainly cool to see such support for esports in one of the world’s biggest games.

This weekend is the CDL’s Stage Three Major, featuring all 12 teams in competition for big money and standings points. It begins on Thursday, May 13 at 2pm CT.