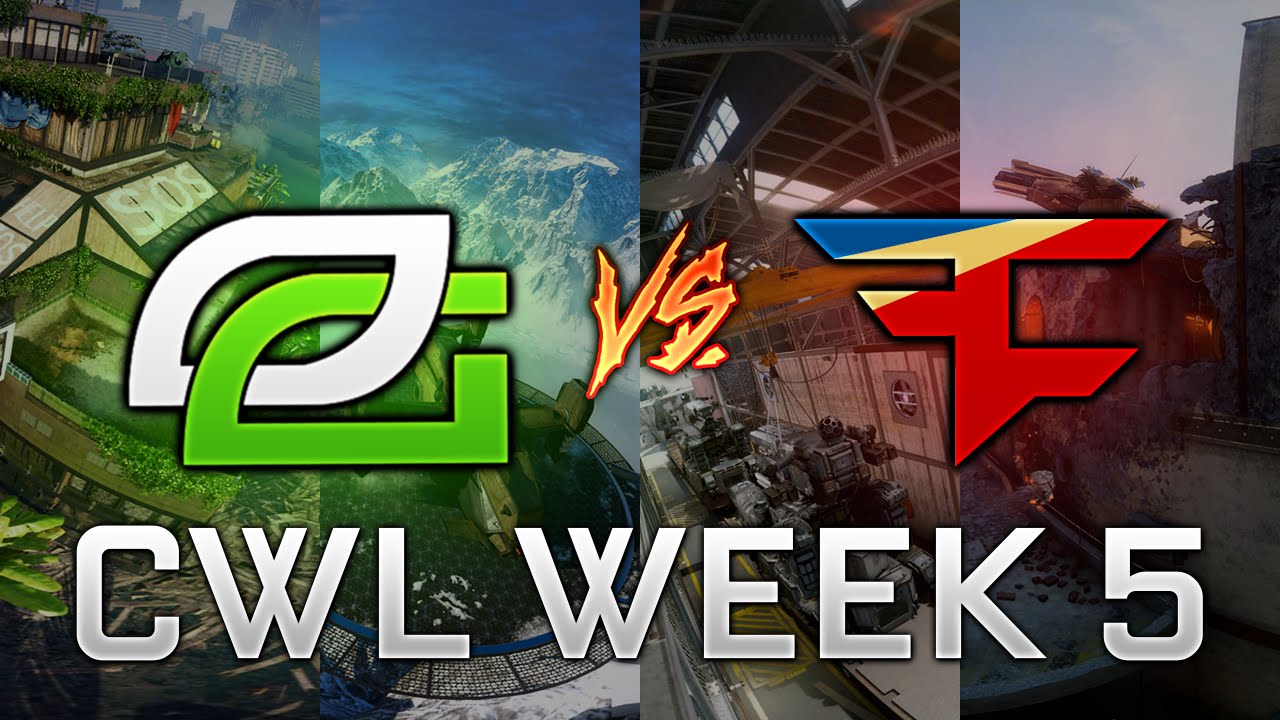 The matchup that we all were waiting for. Two Call of Duty rivals, lots of storylines, and a plethora of viewers.

Week 5 of the Call of Duty World League brought Optic Gaming up against Faze Clan and became the most watched series of the league thus far. The two teams finished on top at the end of Advanced Warfare and made no roster changes since then. They’ve been two of the most dominant teams on Black Ops 3 in North America and their matchup would help determine seeding for UMG South Carolina, the LAN event taking place between week 5 and 6 of the CWL.

In a surprising twist of fate, both Optic Gaming and Faze lost their week 5 day 1 matches. Optic fell to compLexity and Faze later fell to Team Solomid, who were playing their first CWL match under the famous eSports organization. The loser of Optic vs Faze would put one team at 0-2 for the week.

In game 1, Scump wasn’t able to record his first kill for Optic until nearly 2 minutes into the game. This didn’t matter, though, because his teammates were able to control the hill enough that they remained tied with Faze while he found his footing. From that point on, Optic got comfortable and extended their lead, eventually putting Faze in the 100-point club with a 250-96 win.

Search and Destroy is often considered the game type that give less-skilled teams a chance against the pros. Of course, the players on both teams here are experienced veterans. It was a back and forth match, but Faze took the win 6-4. Faze, and Clayster especially, redeemed themselves after losing Stronghold SnD to compLexity last week via forfeit due to use of a map glitch.

Uplink went to the Greenwall, who took an early lead in the first half and never looked back. Their control of the game was largely assisted by impressive slaying from Crimsix and Scump. The game slowed down quite a bit in the second half, ending 9-3.

Compared to the other respawn modes, Capture the Flag is often considered to be the slowest game type on Black Ops 3. This matchup, however, was anything but boring. Faze took an early lead in the first half, but Optic responded a minute later with a cap of their own. After an early kill that helped secure his team a cap, Clayster was unable to record his second kill until the second half of the game. Meanwhile on Optic, Karma controlled the game, coming up with several clutch killfeeds. Optic took a 2-1 lead with 3 minutes to go and then pandemonium ensued. Karma continued to make plays to prevent Faze from pulling the flag and the score never changed. Optic took the win and the series, 3-1!

Watch the Call of Duty World League on Tuesdays and Wednesday all day long on twitch.tv/callofduty!