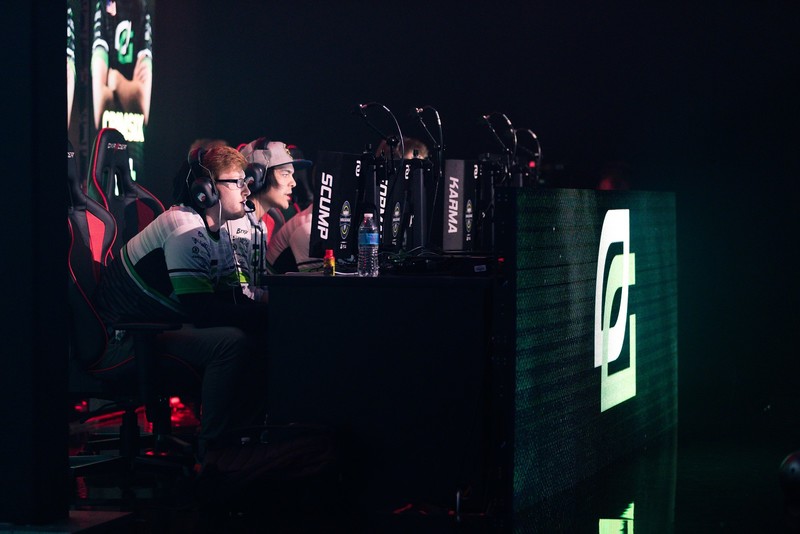 With Stage Two of the Call of Duty World League Global Pro League finished, it’s time to look back on the statistics from the eight-team postseason.

FormaL’s stats were expectedly impressive as he topped the entire 32-player pool at the playoffs in kill-death ratio at 1.24. He improved his great numbers from group play, where he posted a 1.14 K/D. FormaL also finished first in total Hardpoint time at 998 seconds, 185 seconds ahead of the next closest player, his teammate, Seth “Scump” Abner.

OpTic, as a team, was once again an incredible force in Search and Destroy, winning seven of their nine opportunities playing the game mode. In group play, the team crushed their competition in Search and Destroy as they went 7-0 in the mode, with each player posting at least a 1.19 K/D.

The two teams that met in the grand finals of the Stage One Playoffs, Luminosity and Splyce, were nowhere to be found when Stage Two’s grand finals began. Splyce, after a disappointing group play performance, failed to win a series in the playoffs, while Luminosity won two matches, but was defeated by EnVyUs and OpTic to finish fourth.

All four players on Splyce failed to reach a 1.00 K/D ratio. Their best player and Stage One’s MVP, Trei “Zer0” Morris, had an especially putrid weekend. His 0.80 K/D was second-worst among all players (only ahead of his teammate Dylan “MadCat” Daly) and he had the least amount of Hardpoint time out of the 32 individuals in Columbus, Ohio. Zer0’s Stage Two group play stats were poor and didn’t give any indication that he would live up to his Stage One Playoff performance, but seemingly no one predicted that he would get worse in this stage’s postseason.

Luminosity’s best player, and arguably the best player in the world, Sam “Octane” Larew, performed up to expectations. His 1.20 K/D was second among players and he remained a consistent slaying machine throughout their playoff run. The team, however, played very poorly. Their Search and Destroy game was especially bad, as Nicholas “Classic” DiCostanzo and Renato “Saints” Forza posted 0.49 (worst of all players) and 0.66 K/D ratios in the game mode, respectively.

Despite his bad Search and Destroy slaying, Classic was a force to reckoned with in the respawn games. With a 27.54, he held the highest kills per 10 minutes of all 32 competing players. He also led his team in K/D ratio in both Hardpoint and Uplink, and tied for the team’s lead in Uplink points.

Related: SlasheR: “I stopped worrying about the flaws of the game during practice”

One of the biggest stories of the weekend was the play of Austin “SlasheR” Liddicoat. His performance was referenced several times during the broadcast—mainly because he was the only consistent slayer on Team EnVyUs at times. This was most apparent in EnVyUs’ series against Luminosity, where they somehow managed to win despite the other three Boys in Blue getting outslayed.

SlasheR finished with a 1.16 overall K/D, which was good enough for fourth-highest in the Stage Two Playoffs. His closest teammate was Jonathan “John” Perez, who finished 18th among players with a 0.95 K/D. The slaying power of SlasheR was shown the most in Search and Destroy, though. His 1.76 K/D in the mode was good enough for the top spot of the player pool, as SlasheR finished well ahead of FormaL’s 1.38.

There were several interesting facts about this event, but here are five intriguing statistics from the Stage Two Playoffs.

FormaL, Octane, SlasheR, and every other player will have to come to play on Aug. 9 as the top 32 teams in the world will begin play at the $1.5 million Call of Duty World League Championship.

All statistics are courtesy of CoD Stats.