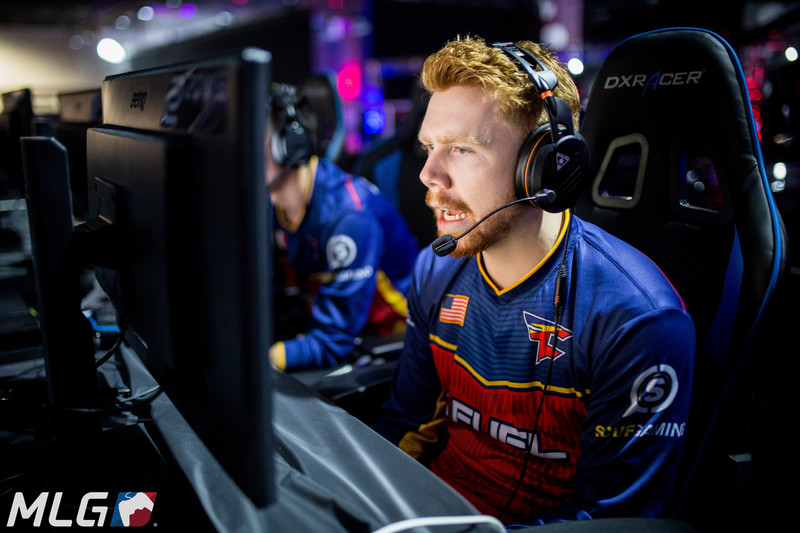 The second season of the Call of Duty World League Global Pro League continues this weekend with four more teams taking the stage.

Last week, Luminosity dominated Group Red, while Fnatic surprisingly upset Evil Geniuses to walk away with the second playoff spot from this pool.

Now, four new teams will battle it out this weekend for two spots in the $500,000 Stage Two Playoffs later this month—and anything can happen with these teams. The stage will run from July 7 to 9 at the MLG Arena in Columbus, Ohio.

Stage Two of the CWL Global Pro League features the best 16 Call of Duty teams in the world. All of these squads have already qualified for this year’s $1.5 million Call of Duty World League Championship, which means that regular season matches only impact who earns a spot in the $500,000 Stage Two Playoffs.

With Group Red completed, only 12 teams remain for regular season action. Four different teams will compete in double round robin group play over the next three weeks. Each team will play against the other squads twice for a total of six matches. Once all of the matches have been completed, the top two teams in each group will qualify for the Stage Two Playoffs.

It seems like Group Blue could be won by any team at this point, especially when you consider that the top squad in this pool just recently made a roster change. FaZe Clan chose to alter their roster for the first time in over two years, which puts some question marks around this lineup. How will Gunless perform filling in for Call of Duty legend James “Clayster” Eubanks? How will the other FaZe players adapt to their new roles on this team? There’s just so much that we don’t know about this lineup yet—but this weekend will give Call of Duty fans their first taste of the new FaZe Clan.

E6 also made a roster change, but unlike FaZe, they already have LAN experience with their new lineup. The team picked up Royalty before the CWL Anaheim Open in June, and the Canadian slayer helped lead E6 to a top six finish at the event. Enigma6 has defeated a lot of quality teams this year, including OpTic Gaming at CWL Anaheim. This team has a lot of slaying power and is a legitimate threat for the top spot in this group.

Only one team is new to the second season of the CWL GPL—and that’s Ghost Gaming. Led by the Call of Duty veteran SpaceLy, this team has turned a lot of heads over the past few weeks. Playing under the name Supreme Team, SpaceLy and crew qualified for Stage Two at the CWL Relegation Tournament on June 15. Then, under the name BitterSweet, this team shocked everyone with a top 12 finish at CWL Anaheim. This team has been putting in a lot of work since Anaheim, and they’ll definitely be a contender for one of this group’s playoff spots.

There’s no easy way to say this—the Europeans are expected to have a very difficult time in this group. Elevate made a roster change following a top 12 finish in Stage One, but the team hasn’t necessarily improved since then. With Desire on their team, Elevate placed top 16 at CWL Anaheim and top 12 at the EU-only CWL Sheffield Open in June. Many people expect to see Elevate struggle this weekend, but the team could certainly pull off some upsets and shake things up in Group Blue.

There are now several platforms where fans can watch all of the CWL Global Pro League matches, including MLG.tv, Twitch, Facebook, YouTube, and in-game on Infinite Warfare for PlayStation 4. MLG.tv’s Enhanced Viewer Experience is very interactive, with features such as real-time statistics, the scorestreak trivia game in the stream’s chat, and Featured POV Streams of individual players.

Below, you can find the times for all of the matches that have already been scheduled for this weekend, as well as a link to the game modes and maps being played in each series.

This group has so many potential storylines. All eyes will be on FaZe, who will be competing with a new lineup for the first time in two years. Ghost Gaming will make its first appearance as an organization in the CWL GPL, while Enigma6 look to continue improving with Royalty on their squad. Unfortunately for Elevate, not many people are expecting big things from them this weekend, but the CWL GPL has definitely proven in the past that anything is possible.

There will undoubtedly be a lot of great matches this weekend, and all the action kicks off tomorrow afternoon.