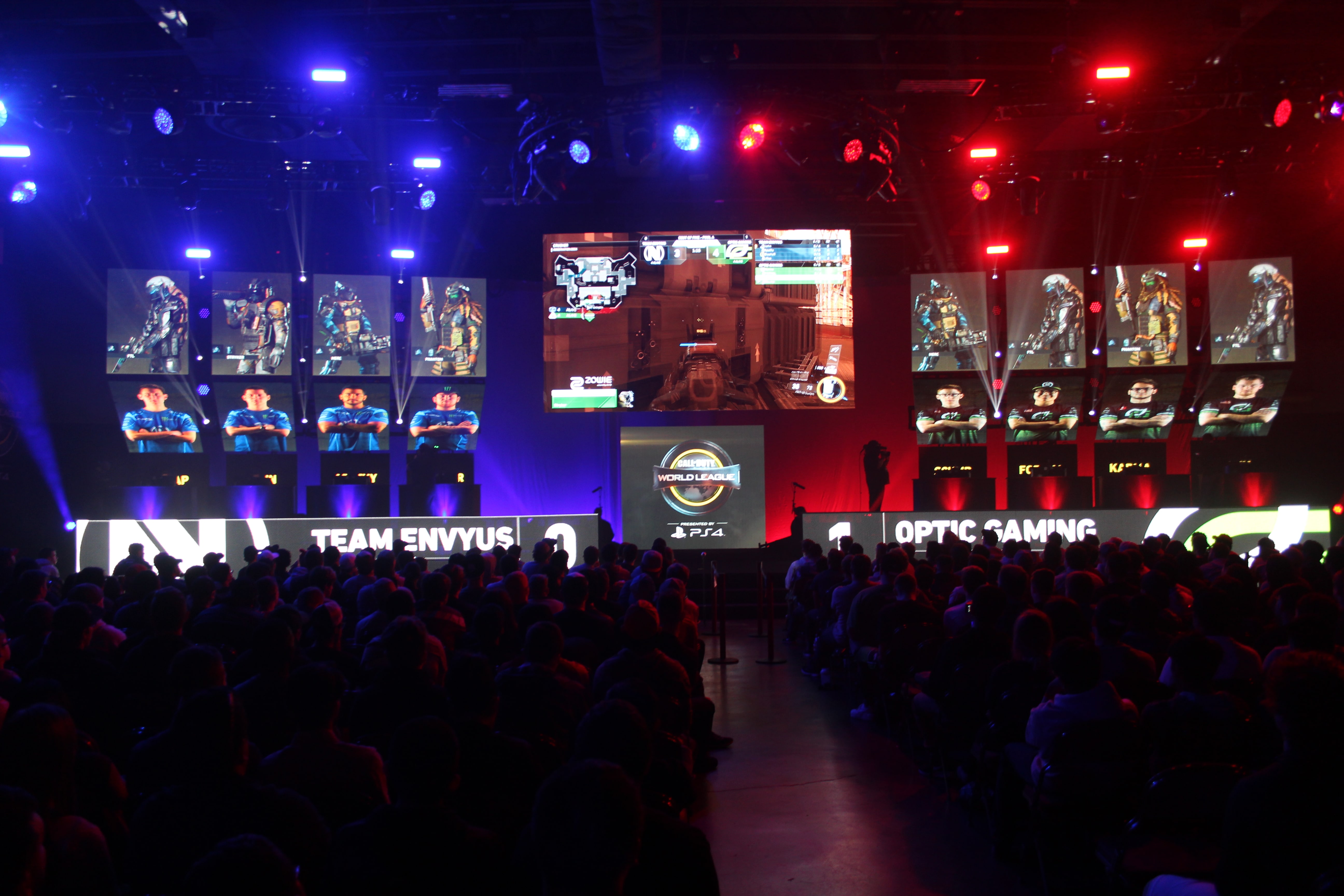 The biggest tournament so far in Call of Duty: Infinite Warfare is just two days away.

After four weeks of Call of Duty World League action in the CWL Global Pro League, the field of 16 teams was cut in half. Only the eight best teams in the world remain to fight for $500,000 in Columbus, Ohio during this weekend’s CWL Global Pro League Stage One Playoffs.

Last week, MLG hosted a live selection show to determine the first round matchups for the playoffs.

The playoffs will feature a double-elimination bracket, where teams will battle in best-of-five series until only one squad remains. The team that emerges victorious will walk away with the top prize of $212,500, as well as bragging rights as the undisputed best team in Infinite Warfare.

OpTic dominated Group Green, going 6-0 to become the only team in the CWL Global Pro League to finish the group stage undefeated. The Green Wall also only lost five maps during their entire week of play—the least amount of losses for any team in the pro league. If OpTic continues to play as well as they did in the group stage, this is their tournament to lose.

FaZe Clan will square off against the Green Wall in the first round after just narrowly qualifying for the playoffs. Clayster and company reverse swept Rise Nation in the final match of Group Blue in order to secure the second seed in that group. FaZe has had some time to work out any kinks, so fans are hoping for an exhilarating first round match against OpTic.

Team EnVyUs entered the final match of the first week in the CWL Global Pro League needing to sweep Splyce in order to earn the first seed in their group—and that’s exactly what they did. The boys in blue went 5-1 with a 16-7 map count in Group Red play, and it seems like they have worked out some of their issues from the beginning of the season. Facing off against Luminosity in the first round won’t be an easy matchup for them, however, as both teams have a lot of slaying power and are very good in the respawn game modes.

EUnited (No. 1 seed from Group Yellow)

EUnited has taken the Call of Duty scene by storm this season, including their first place finish in Group Yellow. Gunless and crew are undoubtedly on the easier side of the bracket, but they’ll still need to show up and continue to perform in order to advance. It’ll definitely be interesting to watch eUnited face off against another fast-paced team like Enigma6 in the first round of the playoffs.

Enigma6 (No. 2 seed from Group Green)

Enigma6 has been underrated all year long, but they finally proved any doubters wrong by coming in second place in Group Green. Led by the incredible slaying power of General, E6 has a tough task ahead of them in the first round when they play against eUnited. It won’t be easy, but Enigma6 will need to be in top form to take down the second best team in Call of Duty.

Evil Geniuses’ performance was easily the biggest surprise out of all the first-place teams in the pro league. After starting 0-2 on the first day in group play, EG swept their matches on Saturday and Sunday to finish 4-2 atop Group Red. Nagafen played exceptionally well in Search and Destroy—which will be EG’s key game mode if they want to take down the European kings on Splyce.

Splyce (No. 2 seed from Group Red)

Splyce was the only non-North American team to qualify for the playoffs. The best team in Europe seemed to be in control of Group Red, but then Team EnVyUs swept them to steal away the top seed. With the hopes and dreams of Europe solely on their shoulders, Splyce will look to reassert themselves in the first round against Evil Geniuses.

All CWL Global Pro League matches can be watched on MLG.tv’s Enhanced Viewer Experience, which now includes Featured POV Streams of individual players. Below, you can find the times for all of the matches that have already been scheduled for this weekend, as well as a link to the game modes and maps being played in each playoff series.

Will OpTic Gaming continue to dominate the competition, or will one of the other top teams knock them off their throne? We’ll find out when matches start Friday afternoon.