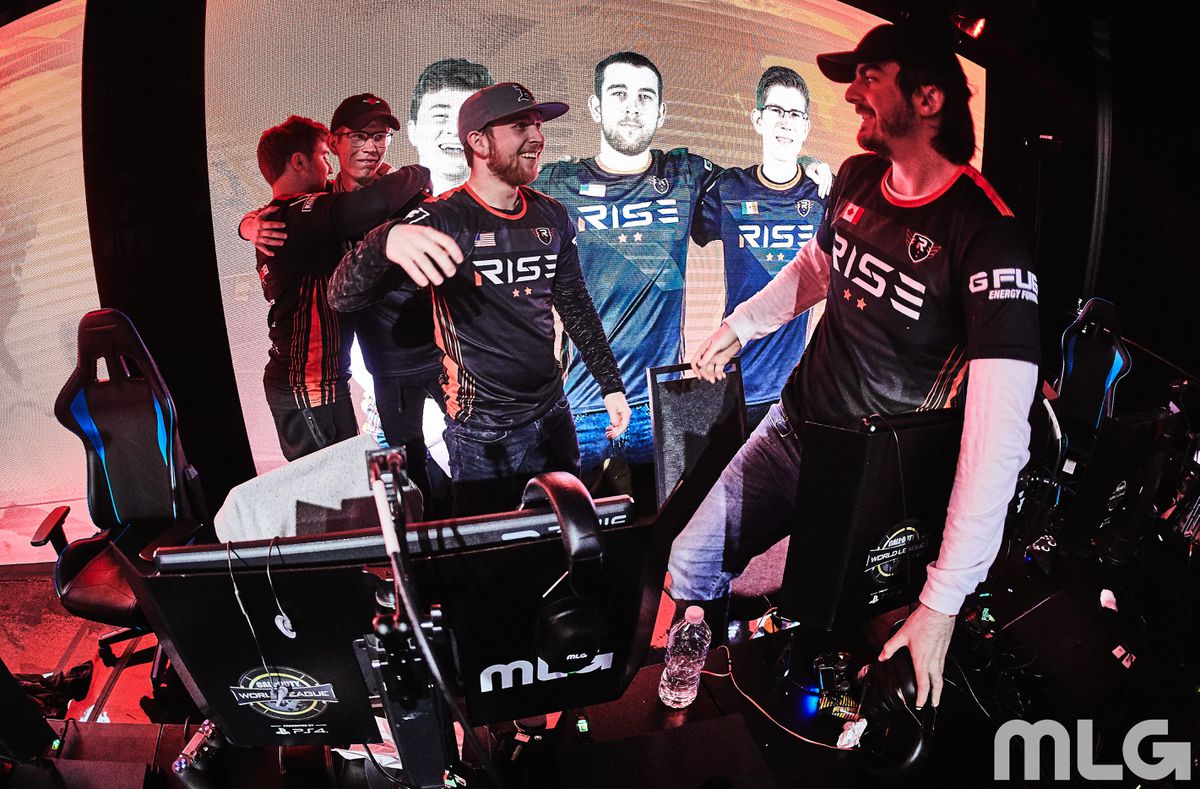 Championship Sunday is in full effect at the 2018 Call of Duty World League Anaheim Open. Only a handful of teams remain to fight for their share of the $200,000 prize pool—and the matches are starting to heat up.

OpTic Gaming were sent down to the losers bracket last night, and other top teams like eUnited, Echo Fox, and Team Kaliber have already been eliminated from this weekend’s tournament.

Related: Luminosity take down OpTic Gaming in a quarterfinal showdown at the 2018 CWL Anaheim Open

The defending champs made quick work of UNILAD—but it definitely wasn’t an easy sweep by any means. Each map in this series was extremely close, but Rise picked up the hard-fought 3-0 series win.

Rise opened this matchup with a 250-208 win on London Docks Hardpoint thanks to a 30-kill performance by Peirce “Gunless” Hillman. Despite a late comeback effort from UNILAD in game two, Rise then won Ardennes Forest Search and Destroy 6-4. With a 2-0 series advantage, Rise took Ardennes Forest Capture the Flag 2-1 to secure the series sweep and a spot in the winners bracket finals.

We’ll see an NA vs. EU battle in the winners bracket finals after Red Reserve took down Luminosity 3-1.

Luminosity kicked off this series with an intense 250-248 victory on Valkyrie Hardpoint. Matthew “FormaL” Piper led the lobby with 38 kills, and Josiah “Slacked” Berry picked up a clutch double kill to clinch the map win for his squad. But Red answered right back, taking Sainte Marie du Mont Search and Destroy 6-2 to tie up the series.

After a scoreless first half of game three, Flak Tower Capture the Flag, Red punched in the first cap a minute into the second side. Luminosity quickly responded with a flag of their own, but with 75 seconds left, the Europeans scored the game-winning capture and then played flawless defense to secure the 2-1 victory. Red then shut the door on this matchup with a back-and-forth 250-225 win on Ardennes Forest Hardpoint—Matthew “Skrapz” Marshall and Trei “Zer0” Morris had 35 and 36 kills, respectively.

Rise will face off against Red Reserve in the winners bracket finals later today, while UNILAD and Luminosity will now have to battle through the losers bracket in Anaheim.