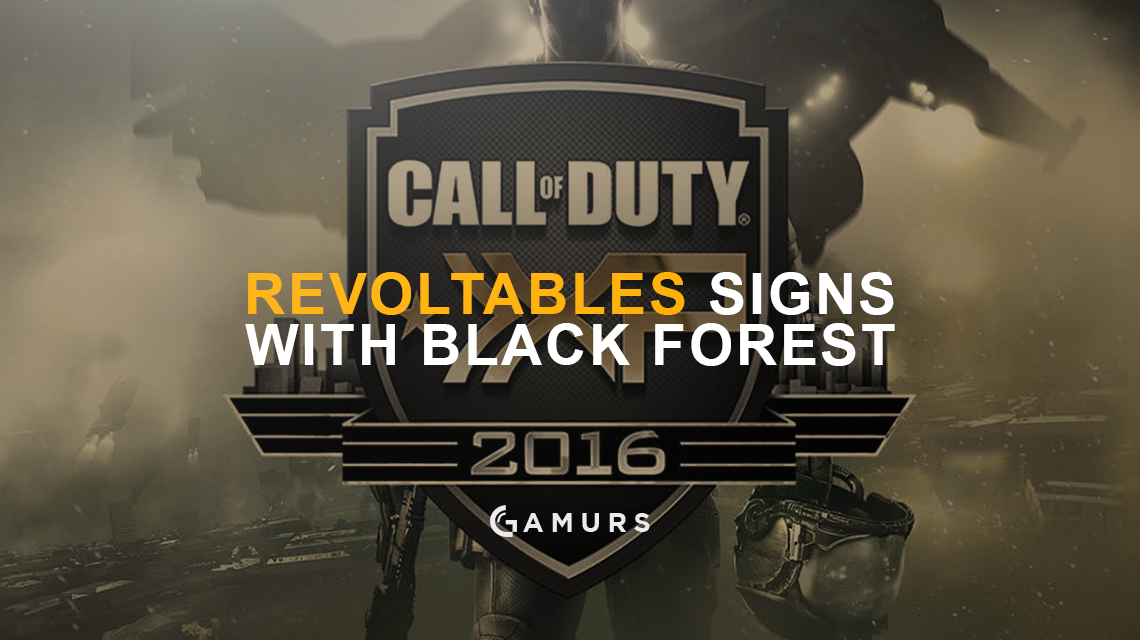 With Call of Duty XP 2016 just days away, another squad has joined up with an organization looking to get their name out there. The EU team formerly known as Revoltables will be representing Black Forest Games when playing at the CoD championship event.

My team and I have joined @BlackForestTeam and will be representing them at CoD XP. Very excited 🙂

Black Forest has developed games such as Giana Sisters: Twisted Dreams and Rogue Stormers. This is their first foray into the CoD esports scene. This current EU roster was only formed in July, but they qualified for CoD XP through the EU qualifiers by making it into the top-8.

Black Forest will participate in Group A at CoD XP with Millenium, Splyce and Livin’ the Dream. None of the GAMURS staff members predicted the team to make it out of the group stage.

Will you be watching the 2016 Call of Duty XP event? Let us know by commenting below or tweeting us @GAMURScom.