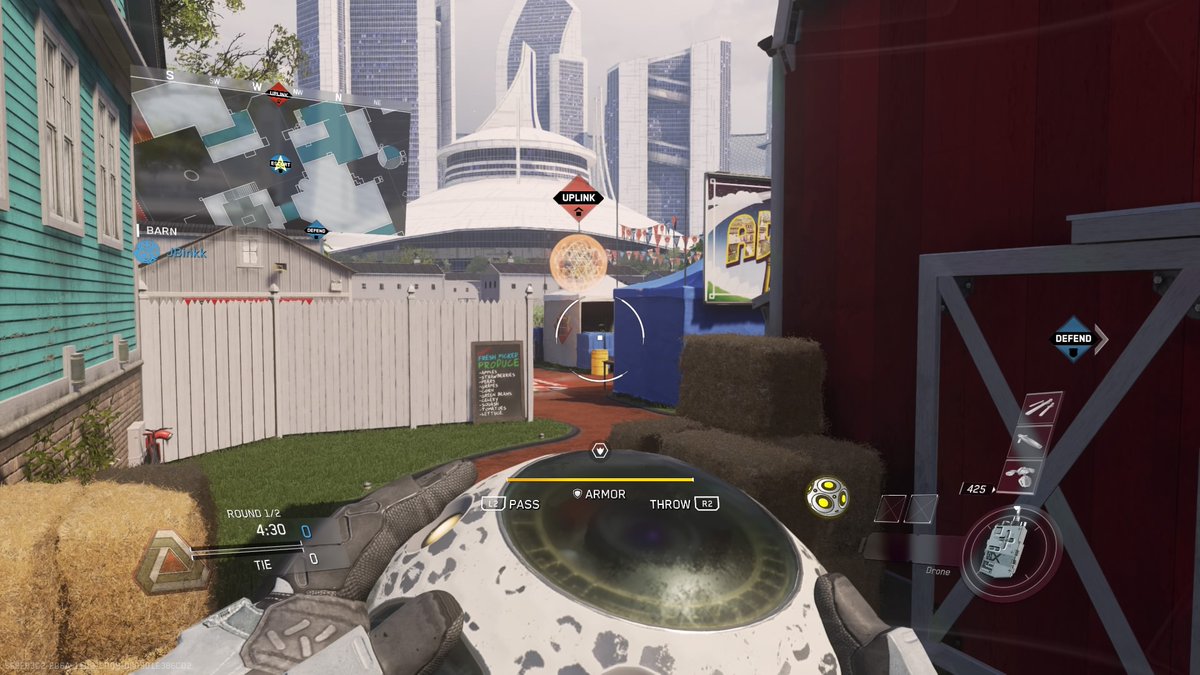 A very popular Call of Duty game mode could remain in the franchise, despite the next installment moving back to boots-on-the-ground.

Uplink is basically Call of Duty’s version of basketball, and the game mode has been a staple in the competitive scene since it was first introduced in Advanced Warfare in November 2014.

Related: You can now watch multiplayer gameplay from Call of Duty: WWII

In Uplink, players either try to throw or dunk the drone into two portals on opposite ends of the map. With the advanced movement in the past three Call of Duty titles, Uplink has been a very successful game mode.

But now that Call of Duty is going back to boots-on-the-ground combat in WWII, many fans have been worried that Uplink wouldn’t be included in the upcoming title—until today.

Michael Condrey, the chief operating and development officer of Sledgehammer Games, told the Daily Star earlier today that the developers are going to try to fit Uplink into WWII.

“We haven’t announced all the modes we’re bringing to the game,” Condrey said. “We’re looking to make that [Uplink] thematically appropriate for WWII. It’s something we’re still working on. There will be a much broader suite of modes.”

Related: Get your notepad ready—CoD: WWII’s division skills and basic training have been revealed

Although some Call of Duty fans were happy to hear this news, others are skeptical about how the game mode would work without advanced movement.

“The Uplink that we brought to life in Advanced Warfare was about fast movement [and] boost jump, and clearly we don’t have those [in WWII],” Condrey told the Daily Star. “We have a lot of heart for Uplink and we want to make it feel like it has a place in WWII.”

Even though Condrey had no further information about how Uplink will transition to boots-on-the-ground action in WWII, Call of Duty fans are still excited to hear that the developers are working to include one of the most popular game modes in the franchise’s next title, set for release on Nov. 3.