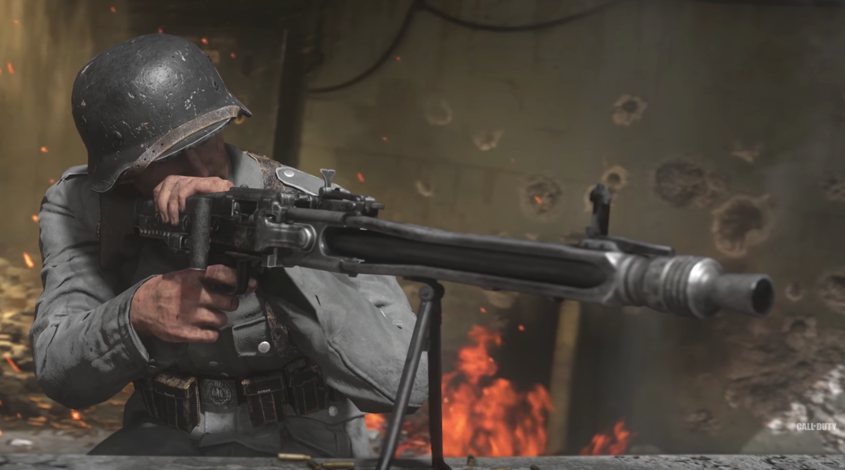 Call of Duty fans got their first glimpse at the franchise’s upcoming game moments ago when the multiplayer reveal trailer was released for WWII.

The PlayStation Media Showcase at E3 2017 started around 9pm ET on Monday, and the Call of Duty community was treated to the first multiplayer trailer for WWII live on stream.

After three straight years of advanced movement and futuristic warfare, the trailer showed that the next Call of Duty game will once again feature boots-on-the-ground combat.

From flamethrowers to trench guns, long-time Call of Duty players undoubtedly felt nostalgic from seeing World War II era warfare for the first time since Call of Duty: World at War was released in 2008.

Although no specific information about the new divisions system replacing create-a-class was revealed in the trailer, fans still got to see some of the potential weapons and killstreaks that will be available in WWII.

At the conclusion of the trailer, Call of Duty fans were delighted to learn that the private beta for WWII will go live first on PlayStation 4 on Aug. 25, 2017.

Call of Duty players can’t wait to get their hands on WWII, which will be released on Nov. 3, 2017.