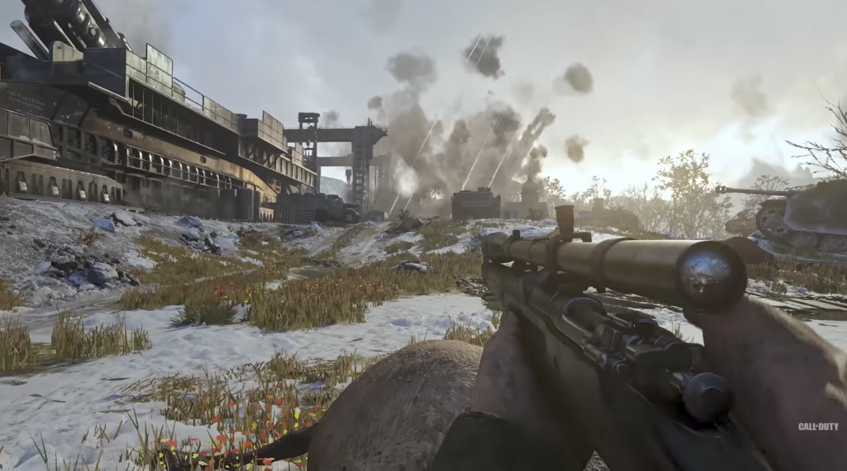 The wait is finally over—Call of Duty fans can now watch genuine multiplayer gameplay from WWII.

Many prominent YouTubers or community figures were allowed to publish Call of Duty: WWII gameplay from E3 2017 earlier today, and it seems like fans of the game are enjoying what they’ve seen so far.

Sledgehammer Games, the developers of Call of Duty: WWII, also hosted a live stream earlier today where questions were answered about multiplayer in the upcoming game.

Michael Condrey, the chief operating and development officer of Sledgehammer Games, provided a lot of information about WWII, including the fact that there won’t be perks in the next game. Instead of the traditional perk system in Call of Duty games, WWII will feature “division training.”

Related: The multiplayer reveal trailer of WWII showcased everything Call of Duty fans were hoping for

Two multiplayer maps were also revealed during this live stream: Pointe Du Hoc and Ardennes. Pointe Du Hoc appears to a be a close-quarters map with trenches and bunkers, while Ardennes is a winter map with a few long lines of sight.

Players are also excited about the War mode, which is a six-on-six multiplayer game built around completing unique map objectives.

Several fan-favorite guns from previous World War II Call of Duty games are returning in WWII, including the MP-40 submachine gun, the M1 Garand assault rifle, and the Kar98k sniper rifle—and we can’t forget the flamethrower, which appears to be a scorestreak.

This is just the beginning, however, with more Call of Duty: WWII multiplayer information set to be released in anticipation of the game’s launch on Nov. 3, 2017.