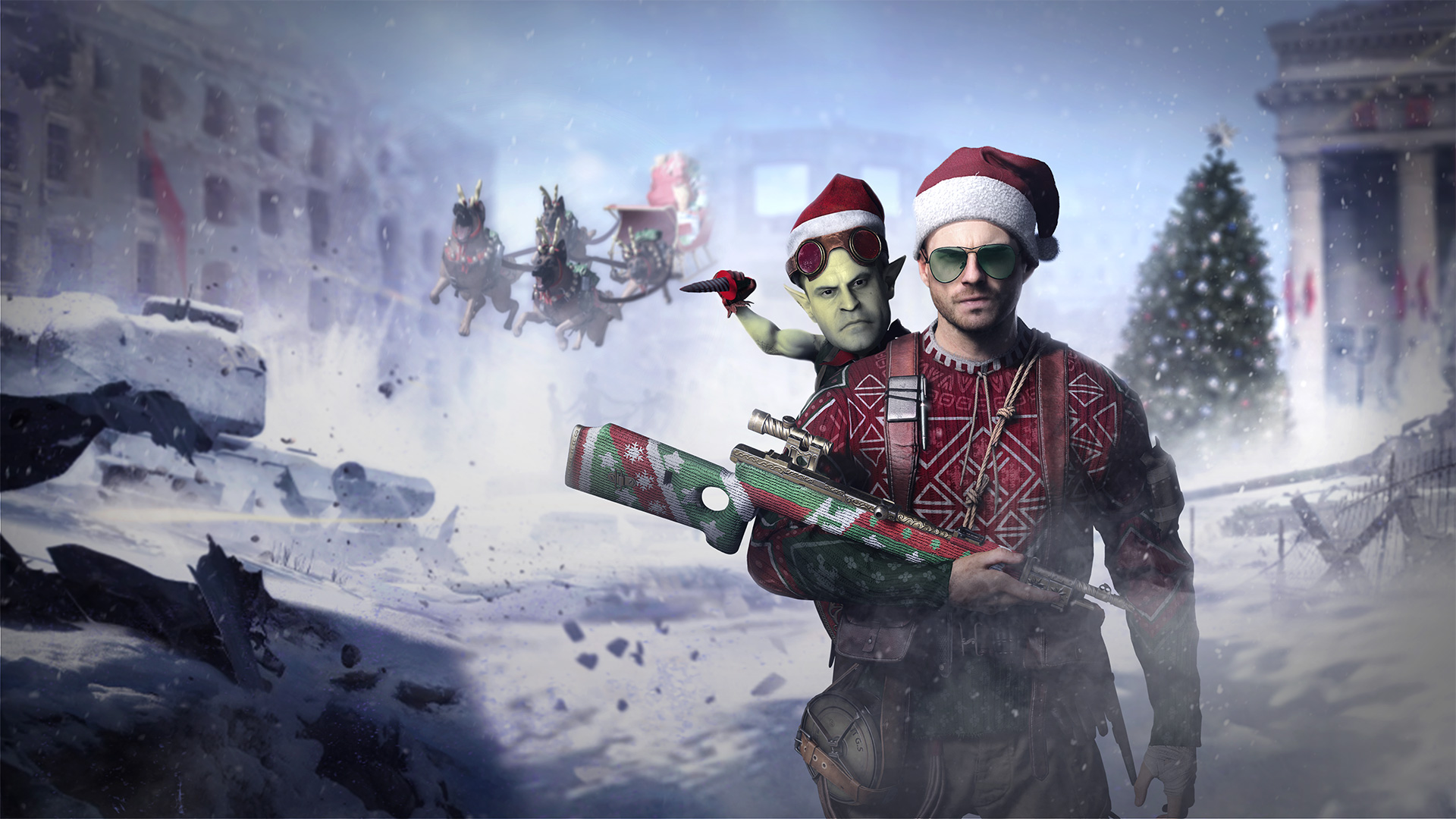 A new seasonal event called Festive Fervor is coming to Call of Duty: Vanguard and Warzone starting this Friday, Dec. 17.

The winter-themed event will add a bunch of Christmas-themed cosmetic items, like the Santa’s Slay bundle, plus some limited-time modes and challenges. Both Vanguard and Warzone are getting some early presents this year.

For Vanguard players, Shipment will be getting a holiday re-skin for the duration of the event. There will also be a limited-time mode called Festive Fervor Armageddon and hidden elves around multiplayer maps that can be eliminated to earn killstreaks.

While Old St. Nick is nowhere to be found, Krampus will be making the rounds in multiplayer games.

“The folk horror figure Krampus is coming to Vanguard, appearing during Multiplayer matches and targeting whoever has the least impressive objective score, such as a pathetic Hardpoint time or a disgracefully low number of Domination captures,” Activision said. “If you’re warned of Krampus’s presence, then good luck: he won’t hesitate to eliminate his target with an absolutely devastating (and humiliating) Finishing Move, although you might be able to defeat him before he delivers that powerful attack…”

In Warzone, “Festive Fir” trees will be placed around Caldera and when teams approach them, several supply boxes will magically appear for a short period of time, including holiday crates that could include Legendary items. Krampus will hunt down enemies in battle royale and there are hidden elves to take out, too.

As a true gift for Festive Fervor, owners of Vanguard will be given 10 free bonus tier skips for the season one battle pass, a plus-10 percent XP boost during the season, and the 24 Vanguard tiers of the Black Ops Cold War season six battle pass for free.

Festive Fervor kicks off this Friday, Dec. 17, in Vanguard and Warzone. Activision’s blog has the full details of the event.