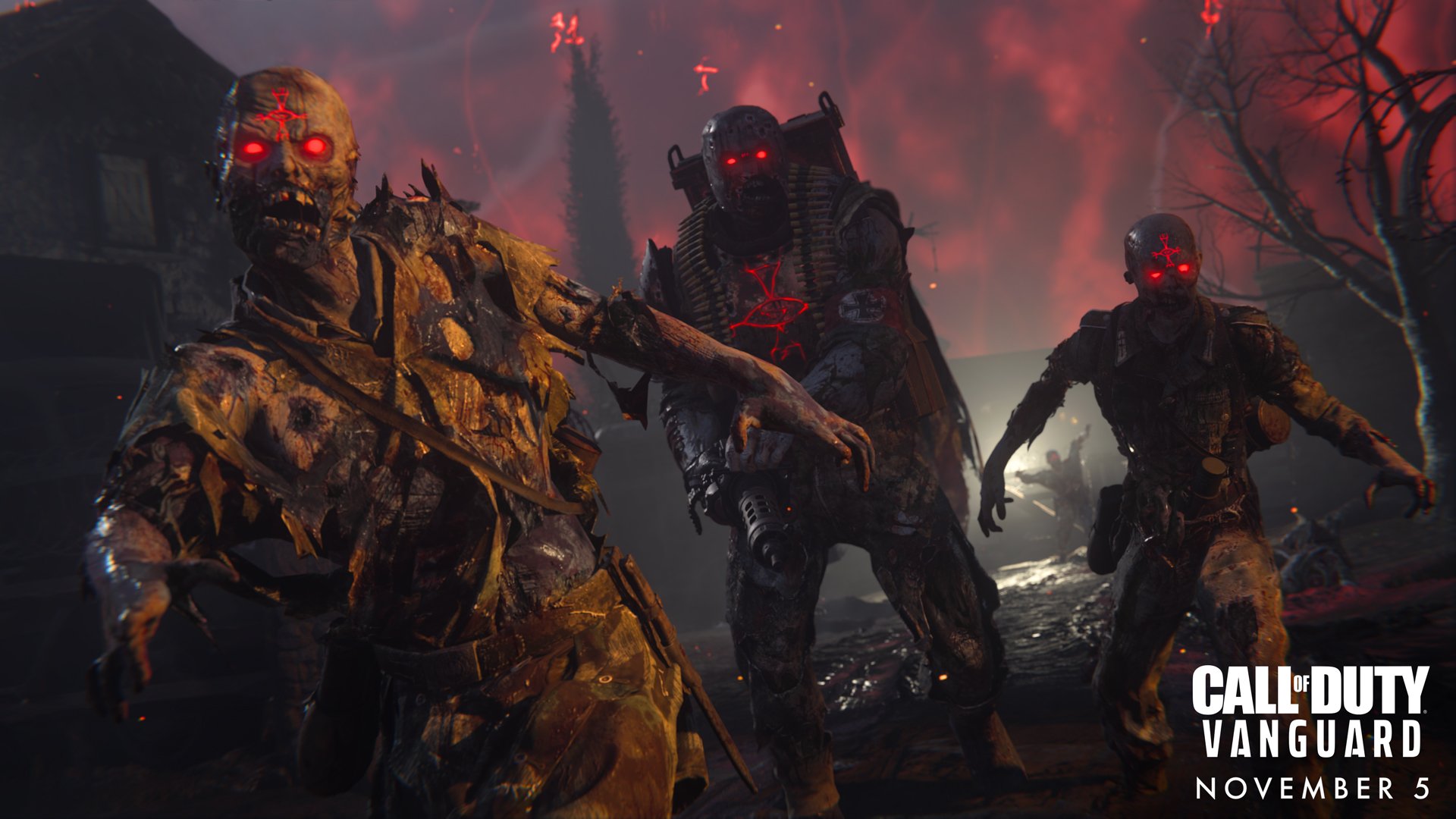 The Call of Duty: Vanguard Zombies reveal today gave fans their first look at the upcoming mode shrouded in the occult and dark magic as players fight across iconic World War II locations.

Black Ops Cold War was the first chapter in the Dark Aether storyline and Vanguard introduces a terrifying new chapter. Players will dive into Der Anfang, the new Zombies map set in a war-torn Stalingrad while our heroes battle waves of the undead and the new villain, Oberführer Wolfram Von List. Von List was in command of the Die Wahrheit battalion that was instructed to find “mystical antiquities” to help the Nazi regime.

Von List is bonded with Kortifex the Deathless, one of the five Dark Aether entities bonded with mortals through artifacts. The four other entities—Saraxis the Shadow, Norticus the Conqueror, Invikitor the Destroy, and Bellekar the Warlock—are in revolt against Kortifex and help the Special Forces operatives. Each entity grants special powers through an artifact, introducing new gameplay mechanics.

The operatives were led to Stalingrad by a distress signal sent by Professor Gabriel Krafft, a demonologist forced by Von List to uncover the previously mentioned entities’ artifacts. Kortifex granted Von List the power to raise the dead to create an undead army to battle the Allied forces. It’s up to the Vanguard operators and their unlikely Dark Aether allies to stop the undead army from destroying the world.

Der Anfang exposes players to a haunting landscape full of sacrifices, seances, and other terrifying locations that make the perfect backdrop for battling the undead. Players can also expect multiple zombie types besides the traditional grunts. New minigun-wielding heavy zombies create a unique threat and are tough to eliminate, while other zombies rush toward players and explode on impact.

Veteran Zombies fans will find traditional elements of the mode, like the Pack a Punch machine, mystery box, and crafting tables. But new items are also scattered around the map. Players can find Runes, which are what the Dark Aether entities use to manifest their powers.

In every game, players start in a snowy graveyard where they can find useful upgrades to help with their upcoming battle. But roaming zombies are still a threat, so avoid getting comfortable for too long. Completing objectives opens more areas to explore, which hold other useful upgrades like perk fountains. The new Altar of Covenants also gives players a chance to exchange sacrificial hearts for one of three random upgrades. These upgrades are random each time you come back from an objective, adding an exciting variable to each game.

The upgrades include options like Ammo Gremlin, which allows stowed weapons to reload from your stock quickly, or Resurrectionist, allowing players to revive allies faster and automatically revive nearby allies.

In this starting location, players can interact with portals that take them to distinct WWII locations. These locations include war-torn farms in Merville, the rooftops of occupied Paris, and the iconic World at War map Shi No Numa. Each location features one of three objectives: Blitz, Transmit, and Harvest. Blitz requires players to hold out against the hoard, while Harvest allows players to hunt zombies that drop runestones that must be deposited in an obelisk called the Sin-Eater. Transmit allows players to escort a floating zombie head, creating an exciting and unique experience.

Der Anfang is just the tip of the iceberg for Vanguard Zombies. Players can expect more content throughout the game’s lifecycle, introducing new story elements and gameplay changes that will keep you coming back for more. The Zombies mode features crossplay and cross-generation support, allowing you to play with friends on almost any console. Fans can also enjoy a unified battle pass and player progression shared across all Call of Duty modes.