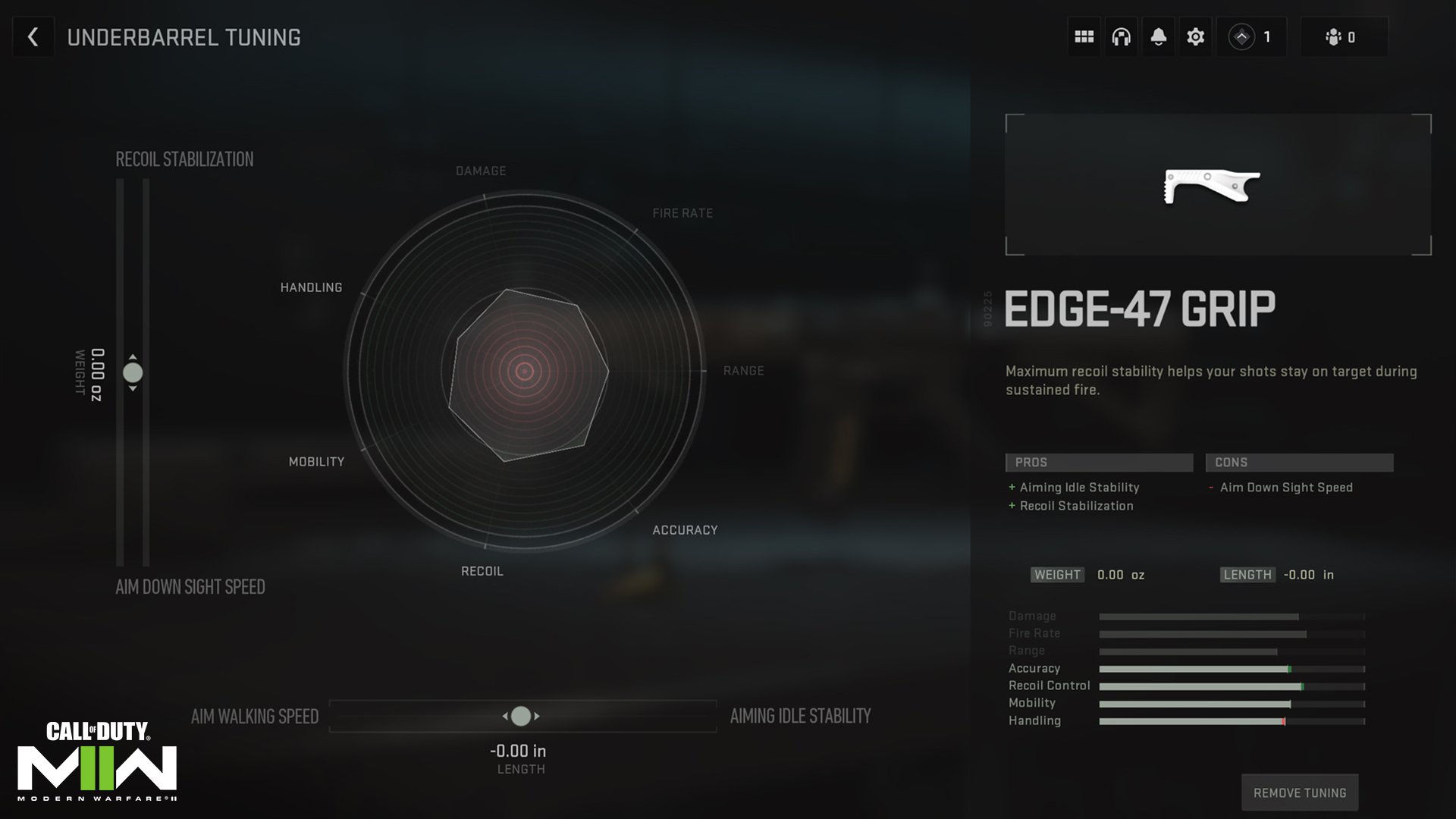 Call of Duty: Modern Warfare 2 was released a few days ago, giving players some time to try out all of the new features implemented by the developers. But some of those new features, such as the weapon tuning system, have already been disabled.

Weapon tuning is a system in MW2 that is supposed to allow for “further attachment customization,” according to Activision. A blog post even described it as a “complete meta game-changer,” showing how impactful the devs expect weapon tuning to be.

Here’s what you need to know about weapon tuning in MW2.

What is weapon tuning in MW2?

When it is operating correctly, weapon tuning is supposed to be unlocked when you hit the max level on a “Gunsmithable weapon,” according to Activision. This system should let you tune certain attachments on your max-level gun.

Once you’re in the tuning menu, a “radar graph” will appear that highlights the attachment’s traits and stats. You’ll notice two adjustable sliders next to the graph that you can tinker with, affecting the stats mentioned on either end of the bar. “Inching toward one attribute will generally decrease the attribute at the opposing side—so it is suggested to take great care during this process to find the tuning values that make your attachment perform at peak efficiency,” Activision said.

Activision expects weapon tuning to be the “persistent ‘end-game’ level of weapon customization.” Thus, MW2 players will likely need to mess around with this system to get a good feel for it—when it’s working properly.

Is weapon tuning broken in MW2?

Weapon tuning was re-enabled by Infinity Ward late on Nov. 3. The devs initially announced on Oct. 29 that weapon tuning would be disabled “until further notice,” meaning the system was unavailable in MW2 for roughly five days.

“We are disabling attachment tuning until further notice to investigate crashes for users with 5 attachments tuned,” Infinity Ward said on Oct. 29. “If you currently have a tuned attachment equipped, you will need to unequip and reequip it to use your loadout.”

Infinity Ward said that more details about the weapon tuning update will be shared on Nov. 4.