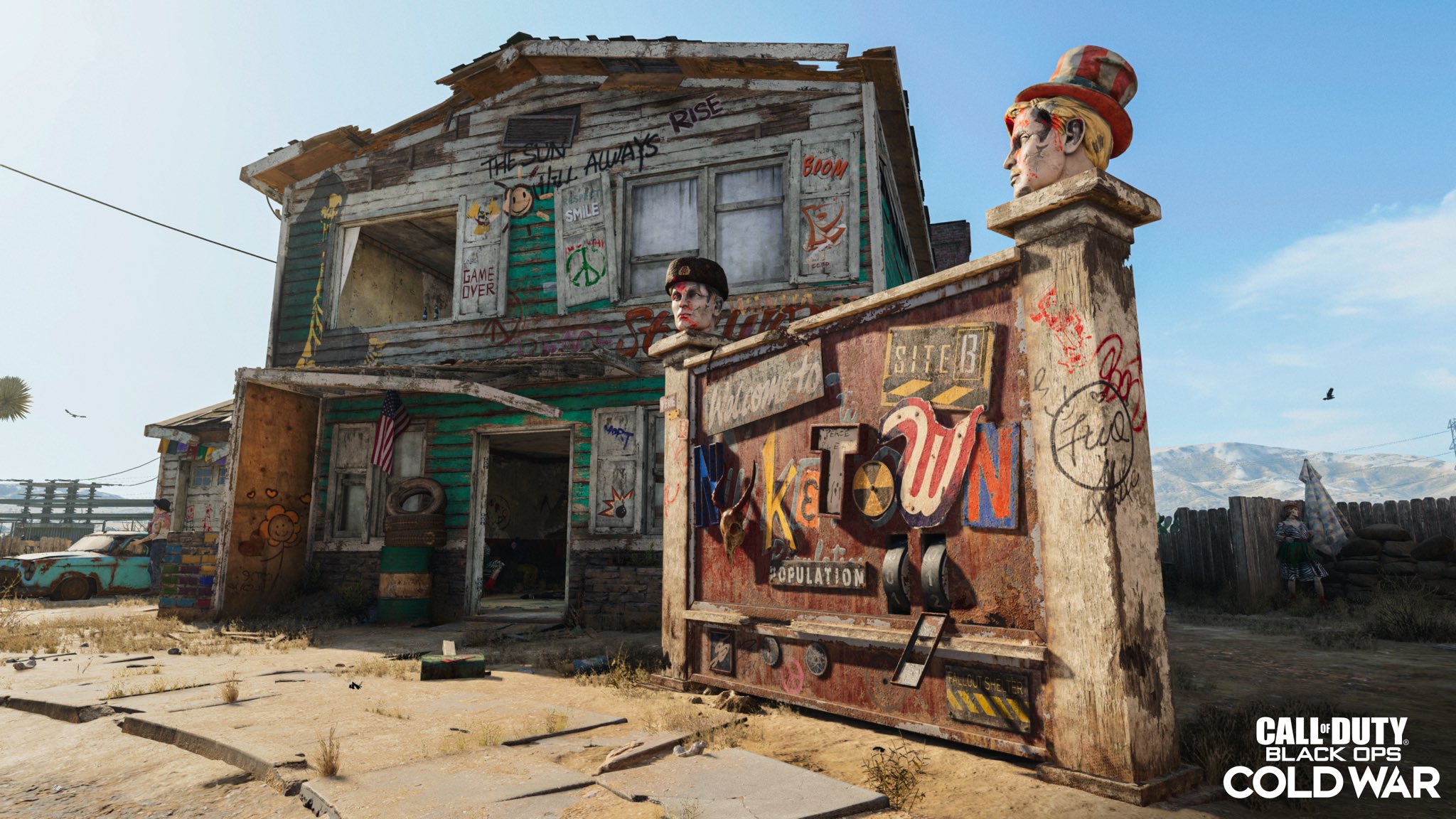 Treyarch added Nuketown ’84 to Call of Duty: Black Ops Cold War earlier today and fans can enjoy double XP and double weapon XP for the next week. The update also introduced a Nuketown 24/7 playlist among various stability improvements and bug fixes mentioned in the patch notes.

The Nuketown 24/7 playlist is now live until 12pm CT on Monday Nov. 30, which gives fans plenty of time to grind. The latest iteration of Nuketown is a reimagining of the classic map with the same iconic gameplay of its predecessors. Nuketown ’84 has been added to the six-vs-six map rotation in Cold War’s Core and Hardcore playlists, as well as the Onslaught map list for PS4 and PS5 players.

Treyarch hinted at a possible Easter egg in Nuketown ’84, so curious fans should hop into a private match and explore.

The update addressed an issue on Crossroads Strike that allowed players to contest a Hardpoint outside of the control zone. The bug that caused the wrong images to show for Diamond and Gold weapon camo rewards in the After-Action Report has also been fixed.

Fans leveling up their knife will no longer experience the issue of it not progressing while it’s equipped to the primary weapon slot. Some players reported their game crashing during Domination matches, but today’s update resolved this problem.

The Zombies mode received several updates that fixed multiple problems. Two issues involving the Dark Aether and a bug that could cause a main quest item to time out have been fixed. Bugs in Gunsmith, Trials, and the UI are no longer a problem and various stability fixes were introduced.

Cold War players should take advantage of the new map and double XP while they can.