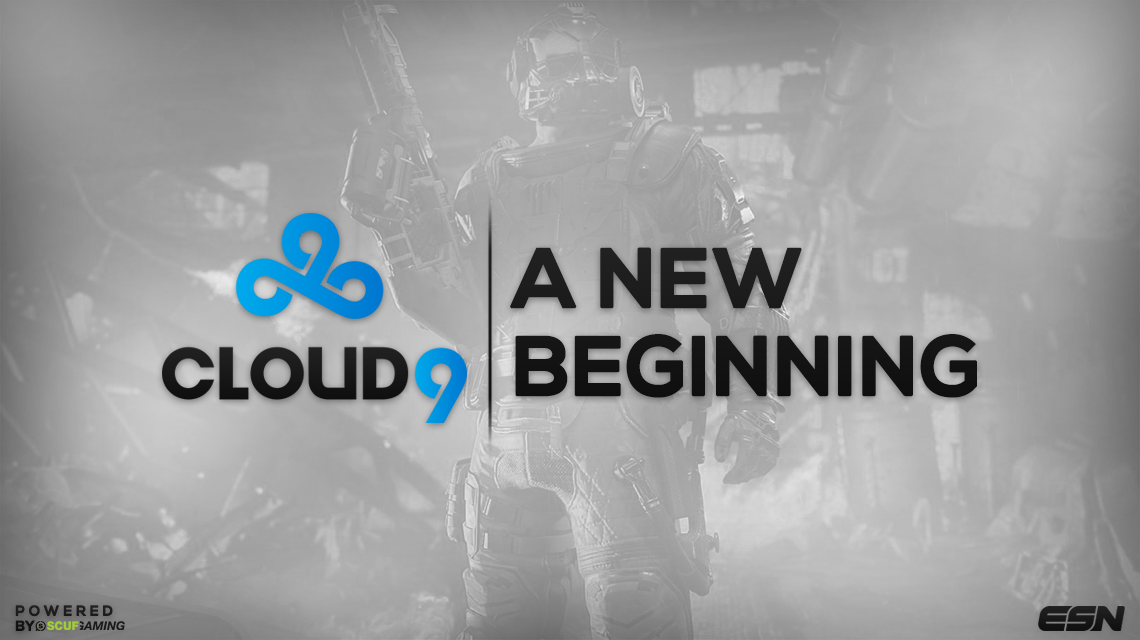 Qualifying for the CWL is currently the best way to make a living playing Call of Duty, and the significance of that is not lost on any of these players, but they each have their own reasons as to why this league spot is so important.

“ It means a lot for everyone,” Mochila said. “Havok just turned 18 and he wanted to prove that he’s not only good at Advanced Warfare; Llamagod got overlooked a lot throughout the game, so he was frustrated as well; Happy actually got released from Dream Team , and I’ve been overlooked the entire season as well, so it means a lot that we all formed together and qualified because we all have something to prove.”

None of these players have had a very good start in Call of Duty®: Black Ops III so far and neither has C9, but it was only a matter of time before they each found their footing. Stage Two is important to everyone on the team for their various personal reasons, but there is an overall significance to competing at this high of a level that drives the players.

“Further into the game, everyone performs at their best,” Mochila said. “Usually, the ending of the game actually proves who the best players are.”

This team wants to prove that they can be the best and compete with the best. Seemingly when a new team enters a league of this calibre, that team would be intimidated. The guys on C9 see things a little differently and have confidence in their play.

“There’s no pressure here for us,” Mochila said. “Everyone knows who we are and we’re just here to prove that we belong here competing with the best.”

Many teams work not based on individual skill, but teamwork and this C9 roster is no different. Not many teams can say they have what this roster does, though, as Mochila, LlamaGod and Havok live just an hour away from each other and are friends outside of the game.

“Havok, Llamagod and I have always wanted to team throughout Advanced Warfare because we’re friends and I actually considered them my children ever since they have come up as players,” Mochila said. “I’ve known both of them before anyone ever discovered who they are. Happy is a new addition to the family and he fits right in. He’s an amazing player and a great guy.”

This team is young, and not because the players are young. They have not been teaming together for very long, so their potential can only go up from here. As chemistry builds, the team’s performance will improve and the players will work with each other’s playstyles more effectively and become a more cohesive unit.

“We need to improve communication and how we work together as a team in certain situations,” Mochila said. “We have a lot of playmakers on the team and usually go individually into situations that require patience.”

As the veteran professional player on the team, Mochila is the captain and is expected to take control of this team in-game and guide some of the younger members like Havok and LlamaGod. Happy is no stranger to the CoD scene, but his time as a pro has been confined to the past two years. Mochila’s skill as an in-game leader is undeniable.

“We work so well together because they’re all raw talent and I just direct them around the map,” Mochila said. “We have no weak link on the team. Everyone can slay and do objective work, and everyone can run an assault rifle or sub-machine gun at any time.”

Though many people regard Mochila as one of the best in the game, he certainly has his critics. People say he’s overconfident, easily distracted, not good enough and undedicated, and that lack of dedication showed a little bit earlier this year when he actually quit playing Call of Duty and decided to play League of Legends (LoL) instead.

“It feels good to prove people wrong and show that I can still compete at the highest level,” Mochila said. “I returned for UMG South Carolina just to have fun and see some friends and actually got offered to play with C9 when I got home from the event, so I decided to grind it out and see what happened and well… I qualified for the CWL.”

Being a big LoL fan, Mochila knows the C9 name and the expectations that come with it. There is definitely pressure, but there is a certain sense of honor that comes with playing under the C9 banner as well.

“It feels amazing to bring C9 into the CWL because they’re such a professional organization and they treat you like family,” Mochila said. “Personally, I was a fan of C9 League of Legends for a long time, so representing them I feel blessed. I just want to live up to the expectations of C9 supporters and be the best.”

When it comes to the team’s performance in this stage, none of the players are worried. They’re young, driven and extremely confident.

“If we play our best throughout the entire league, I feel we can be a top-three team,” Mochila said. “Our Search and Destroy is superior to most teams simply because we’re more confident than a lot of players in that game type.”

Looking at the results from the last stage, top-three is quite the claim. OpTic Gaming, Rise Nation and FaZe Clan dominated the competition last year to earn the top-three spots, winning week in and week out online and on LAN.

Only time will tell if this Cloud9 roster can live up to their own expectations, but the newcomers are off to a good start after winning their first match of the league 3-0 against Dream Team.

What do you expect from this team? Will they meet their expectations, or fall short? Let us hear your thoughts in the comments below or on our Twitter @eSportsNation and be sure to follow us to stay updated on all things eSports.