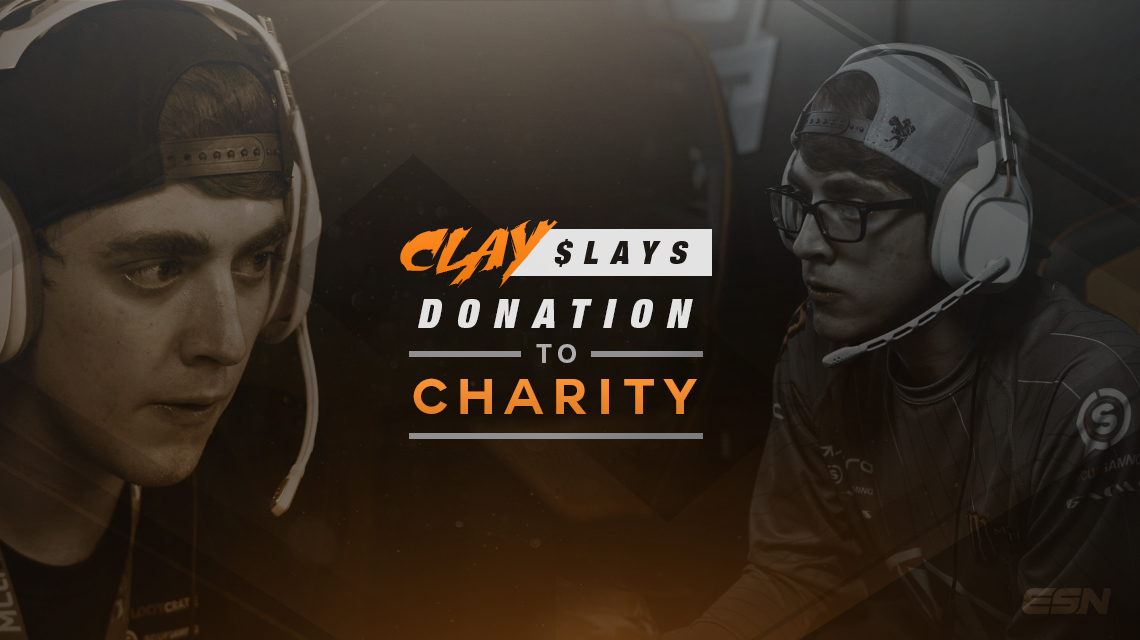 When you’re one of the most popular professional Call of Duty players in the world with over 375,000 followers on Twitter, you never know what one of your fans might say to you next.

A user on Reddit by the name of “Brunsen” went a step further and shared a personal story with the community in which he described how he would compete against his other unit members in Call of Duty when deployed in Afghanistan. As Brunsen describes in his post, he struggled early in his Call of Duty career and looked for an upper hand, and that is where James “Clayster” Eubanks came in. In his post, the soldier explained that he began watching Clayster’s streams and videos, learning the nuances of competitive Call of Duty and honing the craft. After eventually hoisting himself into Master’s Division, Brunsen started looking for a way to repay Clayster for all of the help that Clayster provided in helping him ascertain his goal of improving his Call of Duty game. “On his stream tonight I wanted to start a Clay $lays movement where everyone donated 1$ for every slay (the other word doesn’t sound right) Clayster got on a map win. A small token of appreciation for someone good at the game and to someone who helped our units games get uber-competitive” said Brunsen in the Reddit post. With this idea in place, Brunsen had intentions of compiling donations from many of Clayster’s viewers to help out Clayster in a way of repaying him for all of the hard work and entertainment he provides for the community. But when Clayster saw this post for the first time, he had another idea in mind. “I was blown away by the Reddit post when I first saw it,” said Clayster. “I know that the person that posted it was being genuine and just wanted to help me out, and in turn made me want to do something of my own.” https://twitter.com/Clayster/status/564117187133468672 Clayster saw an opportunity in this situation to do something good, and pounced on it. “I appreciate the gesture of trying to help me out, but this hit so close to home for me that I can do you something better. How about instead of you donating to me for every slay, during this qualifier today I’LL donate a dollar for every slay to a military charity of your choice? You’ve really made my day by sharing your story and I want to do something good in return” said Clayster in response to the soldier. When asked about being able to make an impact on real soldiers, Clayster was pleased to be able to make a difference any way he can.

“It feels.. humbling. I can’t imagine what it’s like to be deployed overseas, fighting for our country, and putting everything on the line for us at home, and to know that I provided some sort of entertainment really just helps put some things in perspective,” said Clayster.

This Reddit post did touch close with Clayster, as he has previously had both family and friends serve in the military at some point. Having relatives and friends serve in the military has made an impact on his life, and has taught him how difficult of an experience serving in the military can be. “My grandfather served in the Air Force, unfortunately he passed away before I was born but I still understand the sacrifices and commitment that every veteran goes through for our country. My two roommates in college were in the military as well, one in the Marines and one in the Army, so I’ve heard first-hand accounts of how it actually is over there. It makes you realize just what these vets go through for our freedom.” To assure everyone that he will follow through on this promise, Clayster posted photographs of the scoreboard for every map in yesterday’s Online Qualifier on Twitter to show how many kills he does finish with on the day. He is appreciative of the entire opportunity, and instills all of the gratitude towards his fans. “Hearing from fans who’ve been here since the start keeps me motivated to keep on playing,” said Clayster. “I get stuck in ruts, and slumps sometimes but when I hear stories from fans who’ve been here since Day 1, supporting me doing my thing, it makes it a ton easier to keep it going.” https://twitter.com/Clayster/status/564118262846603264 It was determined that Clayster tallied up 277 “slays” during his time in the US Online Qualifier. That means he will be donating $277 along with the soldier from Reddit to a charity of his choice. In addition to following through with this donation, Clay asked the soldier for his gamertag so that they can go back and play league play sometime. Check out the reddit post to read his official comment.