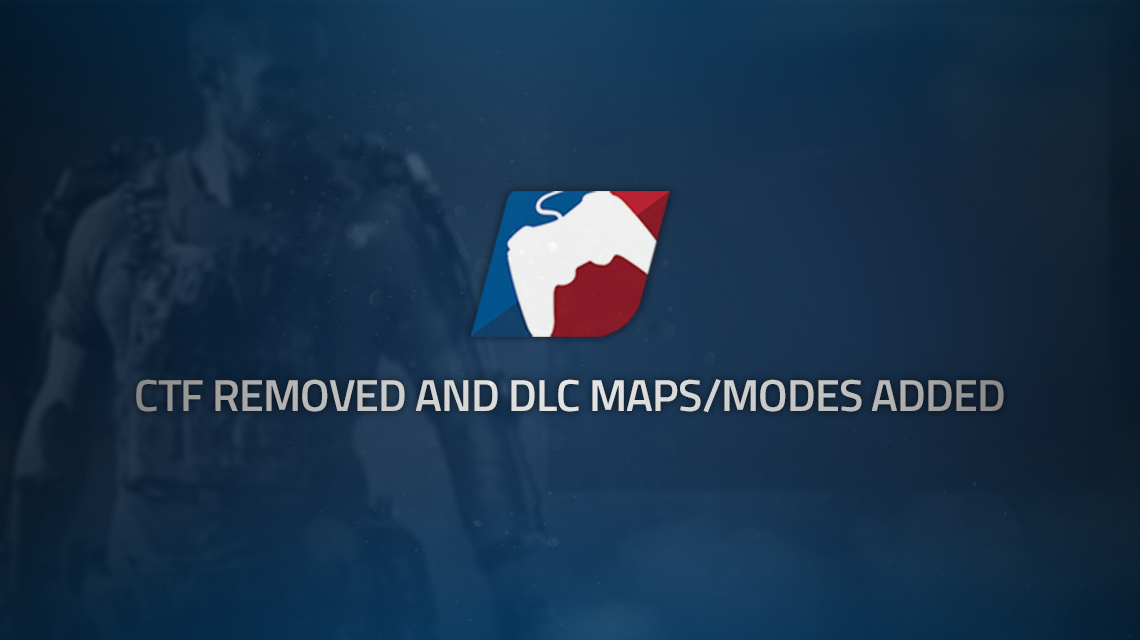 Major League Gaming officially announced that Capture the Flag, a traditional Call of Duty eSports game mode, would be removed from the Call of Duty: Advanced Warfare MLG Variant Ruleset after the MLG Pro League Season 2 Playoffs, held at X Games Austin 2015. It was also stated that DLC maps and game modes would be implemented in the near future.

Capture the Flag will be removed from the competitive rotation on June 12, 2015. Uplink will change to game two in all best-of-three series, a second Hardpoint will be added into all best-of-five series, and a third Search and Destroy game mode will be implemented into all future best-of-seven series.

MLG also released that two new Hardpoint maps and one new Uplink map will be implemented into the competitive rotation from the Havoc, Ascendance, and/or Supremacy Downloadable Content Packs. This is being done in order to account for the increased amount of Hardpoint and Uplink games that will be played in series to come.

It was stated that future DLC game modes, will be pushed into the competitive playlist as well. The game modes that will be selected into the rotation will be announced on June 12, 2015. The new DLC maps and game modes will be added into the playlist on June 29, and will be featured first at UMG Dallas 2015.