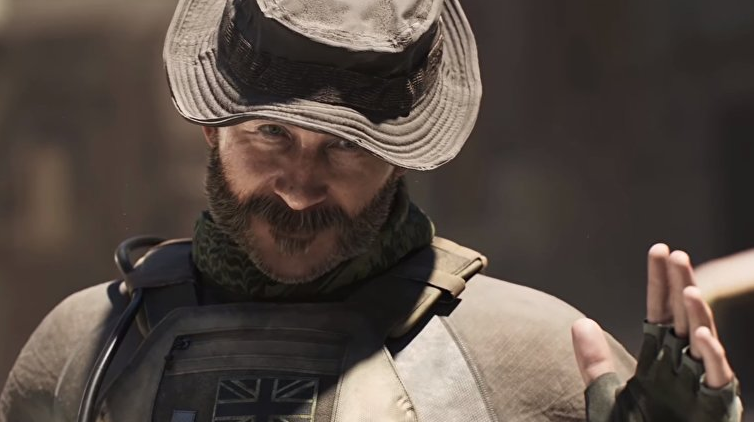 100 Thieves CEO Matt “Nadeshot” Haag has had a tremendously successful career after his pro Call of Duty days ended, but one particular moment from his playing days will seemingly follow him forever.

In the Cameo video posted by Nadeshot to Twitter, Captain Price calls out Nadeshot by name and even roasts him for the infamous moment when the former OpTic Gaming pro pulled out the HBR vs. FaZe at the Call of Duty Championship for CoD: Advanced Warfare.

The video, which is basically just a fun form of advertising for the new season of Call of Duty: Warzone, is fantastic. Nadeshot’s stream has blown up with Warzone, and apparently Price took notice.

“The one, the only, Nadeshot,” Price, played by actor Barry Sloane, said. “Now listen up, it’s Bravo Six. The 1-4-1 has been keeping a visual on you. You’ve been making waves with all your little endeavors—we have one more for you. The mission begins June 3rd, A.O. is Verdansk, whole damn city of Verdansk.”

Verdansk, of course, is the map where Warzone is based. Captain Price will become a playable Operator in the game next week when season four launches on all platforms.

“We might have a spot for you on the squad,” Price said. “Just don’t pull out anything whacky like you did in 2015. HBR, mate? Are you serious? We might need a few more to carry you with decisions like that.”

Nadeshot’s live reaction to the video on his stream was even better. Rough times.

Update: May 29, 1:57pm CT: TimTheTatMan received a video from Price as well, and it might be even funnier.