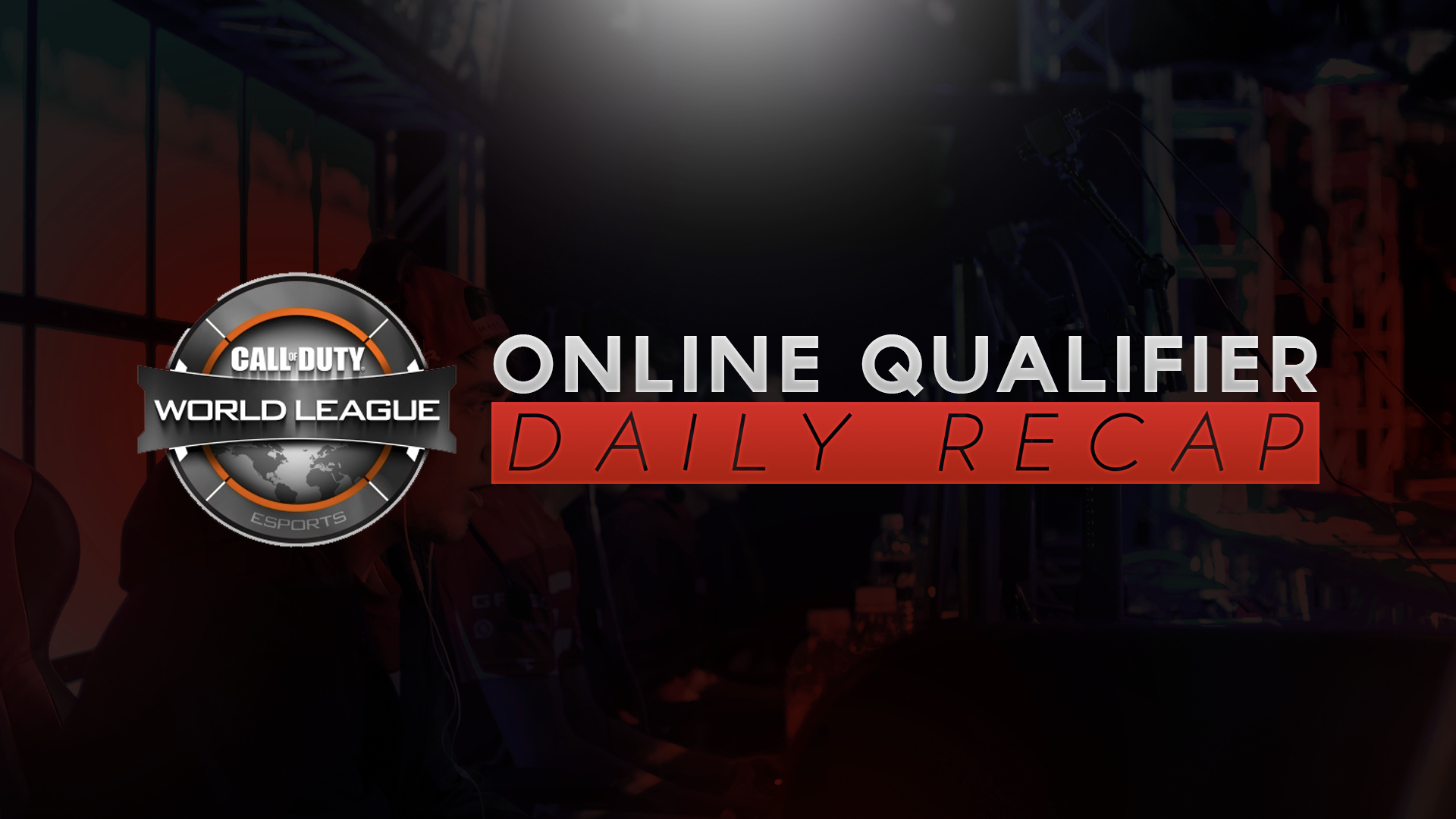 The Call of Duty World League is hosting an online qualifying tournament this Monday to Wednesday (Dec. 14-16) to see who will earn the final spots in the first season of the newly-established league for Call of Duty®: Black Ops III .

Eight teams have already qualified for the North American part of the World League, but this online qualifier will give more teams a chance to compete for the final four spots in the league.

We will be updating this article daily with any noteworthy information from this online qualifier over the next three days, so stay tuned.

There were very few extremely competitive matches on this first day, especially in the first round where we saw several top-seeded teams easily defeat their opponents, including several Hardpoint victories by over 200 points.

Stunner Gaming ran into an early scare in the first round when they were forced to forfeit two maps due to wrong settings, but they were still able to walk away with the 3-2 win.

The best match of the night worth noting involved Stunner Gaming once again as they took on Kinetic Empire in the third round. Kinetic won this match 3-1 to advance to the second day of this tournament, while Stunner has been eliminated and will not qualify for the World League.

Enigma6 , Cloud9 , Luminosity Gaming , 3sUP Enterprises , and Dream Team are among the other teams that have already advanced to Day 2 of this online qualifier.

Unlike Day 1, there were plenty of exciting matches on the second day of this online qualifier.

One of the most exhilarating matches of the tournament so far was when EZG eSports was able to take down 3sUP Enterprises , which is probably the biggest upset of this qualifier. Kinetic Empire and Dream Team also played an extremely close match that went all the way to a Game Five, Round 11, with Dream Team being able to take home the 3-2 series win.

Eight teams now remain, and whoever wins their match tomorrow will earn a spot in the first season of the World League. Here are the matchups for the qualifying round:

With so much on the line, all of the matches being played tomorrow are sure to be intense. Follow us @eSportsNation for all of the updates and information on this final day of the qualifier.

Everyone was expecting to see some great games played on the final day of this online qualifier, and these qualifying matches certainly delivered just that. We saw two series end in shutout fashion, while the other two series went all the way down to a decisive game five. Here are the final scores from the matches that were played today:

Luminosity was the first team to qualify with a 3-0 victory over E6, despite each of the maps being very close. CLG was also able to shutout Tipsy’s Team with a 3-0 series victory.

On the other hand, Dream Team was able to earn their spot in the World League with a 3-2 victory over C9, despite facing yet another game five Search and Destroy. EZG jumped out to an early 2-0 lead, but Question Mark was able to make the 0-2 comeback in order to win the series 3-2 and secure the final spot in the league.

Congratulations to Counter Logic Gaming , Luminosity Gaming , Question Mark/ProoFy’s Team, and Dream Team on qualifying for the first season of the Call of Duty World League.

The four remaining teams that lost in these qualifying matches played in a GSL group on Thursday with the final two spots in the league on the line. Team Vitality and NGZB were the last two teams to secure their spot in the first season of the league.

In the Australian/New Zealand portion of the World League, the four teams that qualified were Plantronics nV, Fast as Boii, Avidity, and Pure N3gs.

Which four teams do you think will qualify for the Call of Duty World League? Let us know by commenting below or tweeting us @eSportsNation .