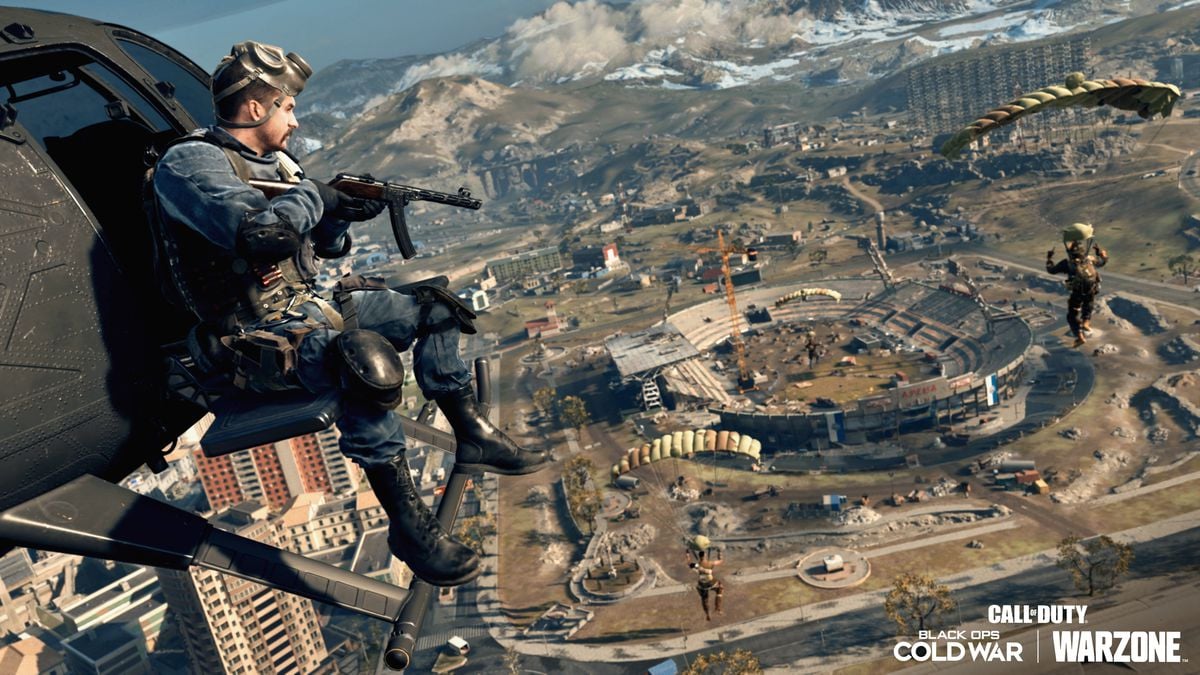 Call of Duty: Warzone players can now enjoy the new version of Verdansk, Verdansk ‘84, on all platforms.

Players who enjoyed the live transition into the new map today were greeted with a cinematic showing the map revert to 1984. The nukes that destroyed the map yesterday seemingly reversed time while the iconic Zombies theme played in the background. At the end of the clip, players were dropped into Verdansk ‘84 to enjoy a match on the new map.

Fans were also greeted with the fun surprise of being the ones to shoot the nukes at Verdansk from Rebirth Island, which was an unsuspected twist.

The new map features seven new points of interest and multiple areas have been revamped with a fresh albeit retro look. The large Dam has been completely reworked and now features the classic Black Ops map, Summit. Multiple buildings like the Airport and Superstore that were originally damaged are restored and feature updated layouts.

New points of interest include an Airplane Factory near Superstore and the Black Ops 2 map Standoff replacing Farmland. The downtown area was also reworked to encourage more exploration and prevent players from camping in the claustrophobic area.

In addition, Verdansk ’84 features a new Gulag that’s based on the street portion of Standoff. This adds a refreshed experience to the Gulag and a new arena for players to master. The Stadium was also updated and no longer features a rooftop for players to camp and abuse.

Verdansk ‘84 is now available on all platforms.