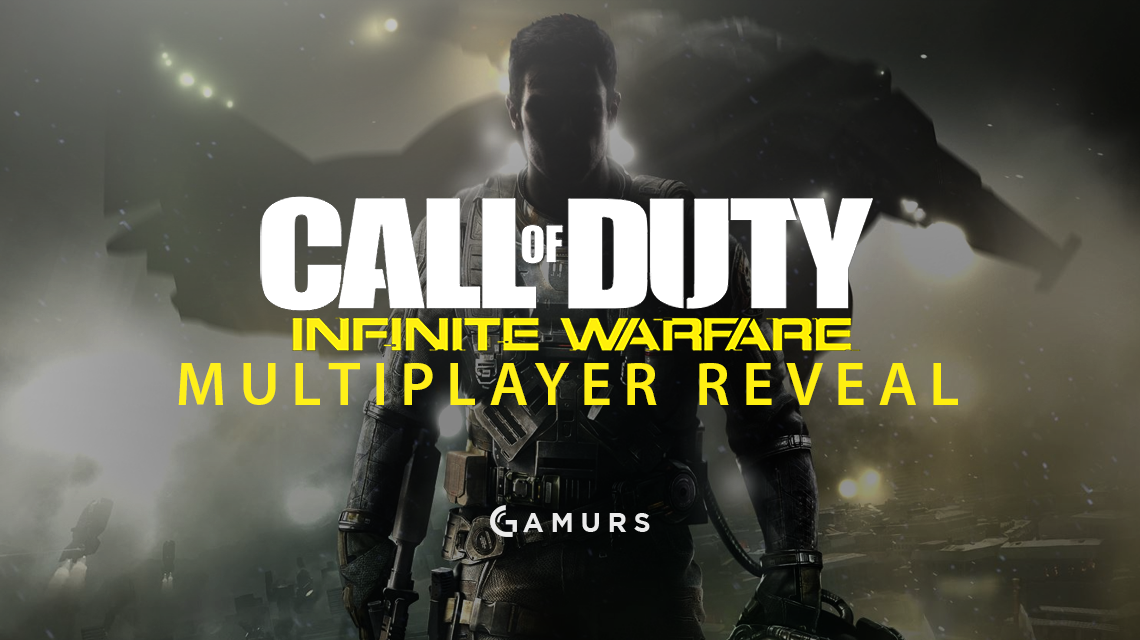 Just a few short moments ago,Eric Hirshberg, the CEO of Activision, went on stage at The Forumin Los Angeles, California to provide the Call of Duty communitywith a ton of information about multiplayer in Call of Duty®: InfiniteWarfare.

Welcome to the future of warfare. #InfiniteWarfaredelivers the most customizable Call of Duty MP yet on Nov. 4. pic.twitter.com/TsDt3Civ5V

If you weren’t able towatch the multiplayer reveal trailer live, you can watch it in thevideo embedded above.

To start, many fans and playerswere relieved to hear that the “pick 10” create-a-classsystem would be making a return in IW. But, the first thing thatjumped out to everyone was the introduction of combatrigs.

Combat rigs are essentiallyInfinity Ward’s take on specialists from Black Ops III. Thereare six basic rigs (that we know of right now), each with threeunique “payloads” and “traits.” As of now,it seems like payloads are equivalent to specialist weapons orabilities, which means that the payloads will be unique for eachrig. Similarly, traits appear to be perks that are only availableto each rig.

Here is a basic list anddescription of the rigs that were revealed earliertoday:

With all of these differentrigs, payloads and traits, there are over 50 different combinationsfor players to choose from.

To continue with the trend ofcustomizable in-game features, it was revealed that for the firsttime in Call of Duty history, players will be able to craft baseweapons into “prototype weapons.” These prototypeweapons allow players to go above-and-beyond what they have done inthe past, including the introduction of gun perks.

Several different tacticalgrenades and scorestreaks were introduced in the multiplayertrailer, and it was also announced that the Black Ops IIImomentum-based movement system will be making a return in InfiniteWarfare.

It also seems like almost all ofthe traditional game modes that Call of Duty fans have come to knowand love will be returning in IW, with the introduction of a newgame mode known as Defender. This game mode, comparable to Oddballin Halo, appears to be a giant game of keep-away, with playersfighting for control of the ball objective.

At the end, fans around theworld and in the arena at Call of Duty XP were treated to a firstlook at Call of Duty: Modern WarfareRemastered, where it was also announced that all 16 mapsfrom the original game will be remastered in the newestedition.

Despite some early criticismfrom when the game was first announced, everyone was surely glad toget their first look at footage from both IW and Modern WarfareRemastered.

For a more in-depth andpersonalized look at IW multiplayer, check out JoshBilly’s article, in which he describes his first-handexperience playing the game at Call of Duty XP.

If you aren’t at Call ofDuty XP, don’t worry; you can play the game yourself in themultiplayer beta set to release first on PlayStation 4 on Oct.14.

Are you excited to play InfiniteWarfare and Modern Warfare Remastered in November? Let us know bycommenting below or tweeting us @GAMURScom.

Justin Binkowski is theManaging Editor for GAMURS and he can be contacted by emailat [email protected] or on Twitter @JBinkk.