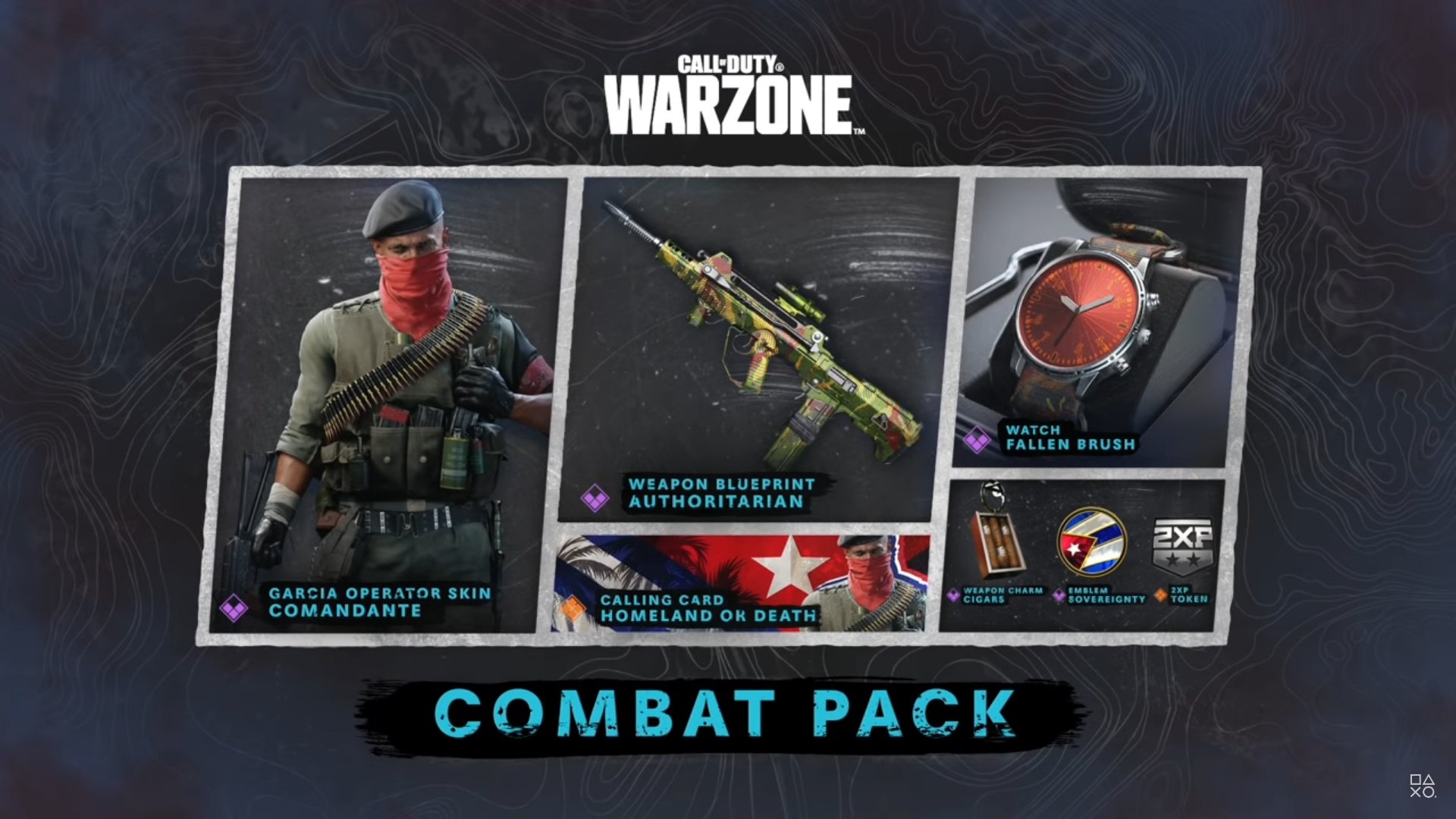 Another new free Call of Duty DLC pack for PlayStation Plus subscribers is available now.

The season three Combat Pack is available for usage in both Black Ops Cold War and Warzone if you play on PlayStation as part of Activision’s long-running exclusivity agreement with Sony—and it’s a pretty sweet deal.

The pack includes several items, such as the Comandante Operator skin for Garcia, the Authoritarian blueprint for the FFAR 1, the Homeland or Death calling card, and the Fallen Brush watch for your Operator to adorn their left wrist with.

The pack also includes a weapon charm, an emblem, and a double XP token, making a grand total of seven unique items for PS4 and PS5 players to grab for the price of $0. It’s good to be a CoD player on the PlayStation platform.

This is the third Combat Pack for PS Plus subscribers since Black Ops Cold War release, but there were even more throughout Modern Warfare’s seasons, each of them offering a slew of free cosmetics to show off in-game.

The pack can be found by searching for it in the PlayStation Store, where it’ll most likely be available throughout season three.