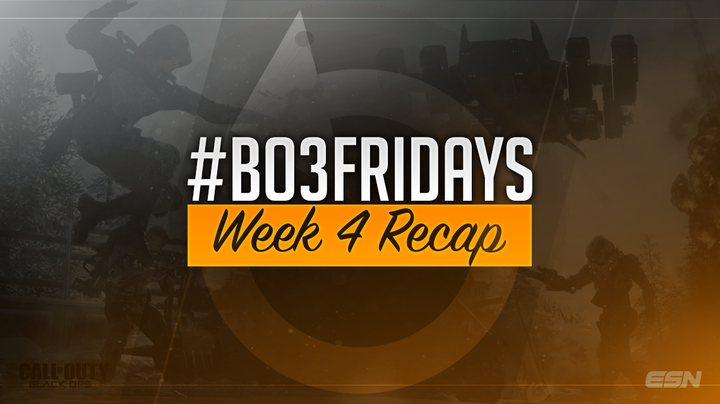 Now less than a week away from the release of Call of Duty®: Black Ops III, Treyarch Studios has completed their four-week saga of #BO3Fridays where they release new information for their upcoming game. On the fourth and final week of #BO3Fridays, we are presented with the “NUK3TOWN Bonus Map Trailer” that many fans have been anxiously waiting for.

The trailer begins with flashback footage of Nuketown in Call of Duty®: Black Ops and Call of Duty®: Black Ops II. Then, the trailer showcases an extensive look of NUK3TOWN. Compared to the past versions of Nuketown, this one is the most vibrant and futuristic yet. The trailer also shows us one of the often overlooked aspects of the Specialists in Black Ops III: their uniqueness. Throughout the video, there is dialogue that corresponds to the situation for each Specialist. Each Specialist has their own unique look, voice and lines. As the trailer continues, we see various killstreaks such as the Dart and Cerberus. One last aspect of Black Ops III that is showcased is the effectiveness of the new movement system on smaller maps. Dodging explosions, jumping through entrances and wall-running are all seamless and very usable on smaller maps, even though there is not as much space. If you haven’t seen the trailer, check it out here. To access the exclusive NUK3TOWN map, pre-order Call of Duty: Black Ops III on PlayStation 4, Xbox One or PC. NUK3TOWN is not available on PlayStation 3 or Xbox 360. How do you feel about the third version of Nuketown? Will it be able to carry the legacy of the infamous “Nuketown 24/7” playlist? Let us know in the comments below, or on our Twitter – @eSportsNation. Be sure to follow us to stay up-to-date on all things competitive gaming.