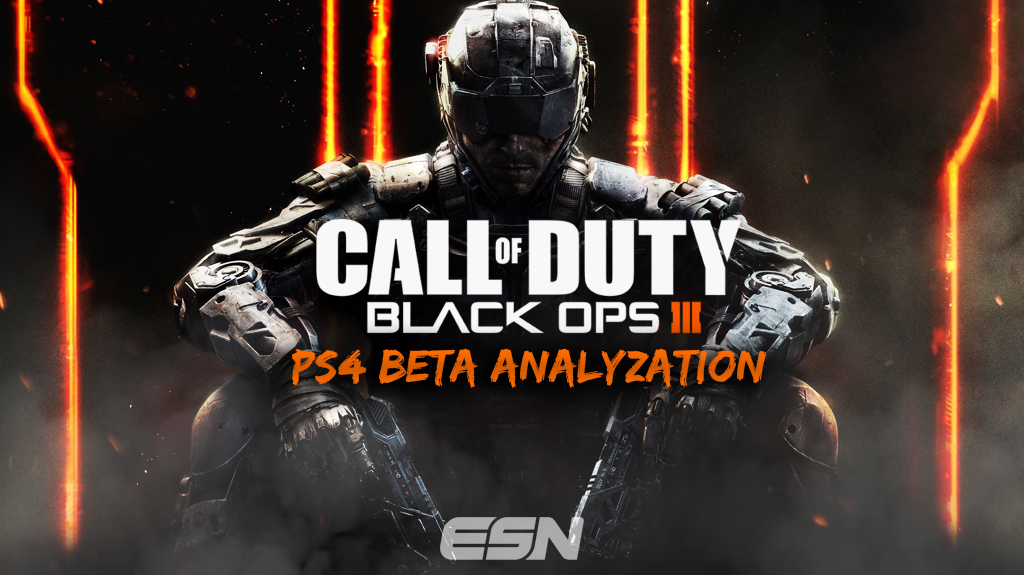 The Call of Duty®: Black Ops III Multiplayer Beta was officially released on August 19 and players from all around the world have been ecstatic to get some early time with the next installment in the Call of Duty franchise.

There are many different aspects of this Beta that can be analyzed, starting with the gameplay itself. The game feels smooth and the PlayStation 4 graphics really have enhanced the gaming experience.

In terms of connection, there have not been too many issues in-game. For example, there are some instances where you get the traditional lag and your movement becomes choppy and difficult to control, but that comes with every online multiplayer.

Aside from a few server errors here and there, as well as some difficulty with trying to get larger parties or groups of players to join a game, I have not experienced any major connection issues.

However, while actually playing Black Ops III, I see myself reminiscing of the “good ol’ days” of Call of Duty®: Black Ops II. Treyarch Studios may have put some advancements into this game in terms of the movement system, specialist characters and map features, but at it’s core, you can tell that this is a product of Treyarch, which is a breath of fresh air for avid Treyarch fans like myself.

The new movement system, at this point in time, appears to be a good balance between the over-exaggerated “jet-packing” from Call of Duty®: Advanced Warfare and the traditional movement system from older Call of Duty games. As you can see above, the new movement system allows for players to completely control where they are going while jumping. Players can either hold down the “A” or “X” button, causing just one large jump, or players can tap the “A” or “X” button multiple times for repeated, short jumps. Players also have control over future movements in this new system, so you can have your character do a slide and then hit “A” or “X” twice while sliding to do two short thrust jumps immediately after sliding, which allows players to effectively plan ahead during combat.

The meter movement system really gives players more control over what their character does. Depending on the situation, you can use all of your thrusters to jet out of an area quickly just as easily as you can jump around the outside of an object to get a better angle on your opponent. While this might not be the traditional movement system that older Call of Duty players are used to, it is definitely an improvement over the way that players hit “A” or “X” twice in Advanced Warfare to jump 20 feet in the air.

Also, this new movement system plays a key role in some of the maps that have been featured on this Beta. For example, on the map Evac, the first hardpoint is in the middle of the map. While there are multiple ways to access this part of the map, one way requires you to effectively use your thrusters to gain access.

There is a gap between one part of the map leading to a small section just below the middle hardpoint, which just makes it more difficult for the team controlling the hardpoint to lock down all of the possible entrances. In older Call of Duty games, players would be unable to jump across this gap and would fall to their death, which is still possible if you do not use your thrusters correctly. However, effective control of your thrust jumps will give you access to this part of the map for what could provide you with a better angle on an unsuspecting opponent.

The wall running feature added to Black Ops III also creates better angles for players and helps you access different parts of the map quicker. On the map Combine, there is a wall on the far edge of the map. Running on this wall correctly will give you quick access to the other side of the map without having to run right across the middle, which could set you up for a nice flank if your opponents are not watching this wall. However, just with the new thrust jumps, if you are unable to correctly navigate this wall, you will fall to your death, making the concept of wall-running a risky, yet strategic maneuver.

The specialist characters also bring a new element to this game. Each character has a different special weapon or ability that offers players another choice in customization of how they play the game. For example, as you can see above, a fast player might elect to use the Overdrive specialist so that they can get to the objective part of the map quicker than usual, while a more slow player or someone who likes to sit back on the map might choose a weapon or Vision Pulse so they can learn more information about the enemy’s location.

While the way that specialist characters are utilized will be completely different in the competitive scene due to the new bans and protect system, it’s still fun to get a feel for what each of the different characters has to offer.

The four maps that players have access to in the Beta seem very balanced. While we cannot say for sure if they will be competitive maps or not until the remaining maps are revealed, I could definitely see all of them working well in the competitive playlist. In Hardpoint, I have yet to come across any major issues with the spawn system, and Search and Destroy will be a whole different gamemode once players have access to the Tactical Mask and Dead Silence perks.

As everyone knows, the Beta is the first version of the game that is released to the public, so there are bound to be some things that can be improved. The first “con” that sticks out right away at the start of this Beta is the strength of Stun grenades.

Treyarch has done a good job in the past with balancing out aspects of their games and always making sure that every weapon or killstreak has some way of being countered. Black Ops III is no exception, as Tactical Mask is a perk that would help defend players against the effects of Stun grenades. However, this perk was originally unavailable with the first level cap in the Beta, so for now, the stuns in this game seem extremely overpowered because there is nothing that players can do to protect themselves from them.

Another common complaint has been the sniping in this game. While it occasionally has been a little tough to get one shot kills with the Locus, it reminds me of the Ballista from Black Ops II; they are both bolt-action rifles that occasionally take more than one bullet to kill enemies. However, if this is a correct comparison, players can only hope that the classified sniper will be more along the lines of the DSR 50 sniper rifle from Black Ops II.

The one aspect of the game that everyone seems to be talking about the most is the strength of the submachine gun known as the Razorback. This gun seems to be the strongest SMG in the game, especially at long range, making it feel more like a hybrid mix between an SMG and an assault rifle. However, players like Joe “MerK” DeLuca” are just hoping that if (and when) Treyarch decides to nerf this gun, they do not make it unusable in competitive gameplay, which is what happened to the PDW submachine gun in the beginning of Black Ops II.

However, even these “cons” seem a tad picky, especially since the “pros” or positives heavily outweigh the negatives. The maps seem balanced, there are plenty of competitively-viable weapons to choose from and the game has much more of a traditional Call of Duty feel to it than Advanced Warfare.

I’m confident that the guys over at Treyarch will have worked out any minor kinks prior to the official release of this game on November 6, 2015. In the mean time, players just need to sit back, relax and enjoy this Beta before we lose access to it all too soon.

What has been your favorite part about the Call of Duty®: Black Ops III Multiplayer Beta so far? Let us know by commenting below or tweeting us @eSportsNation.