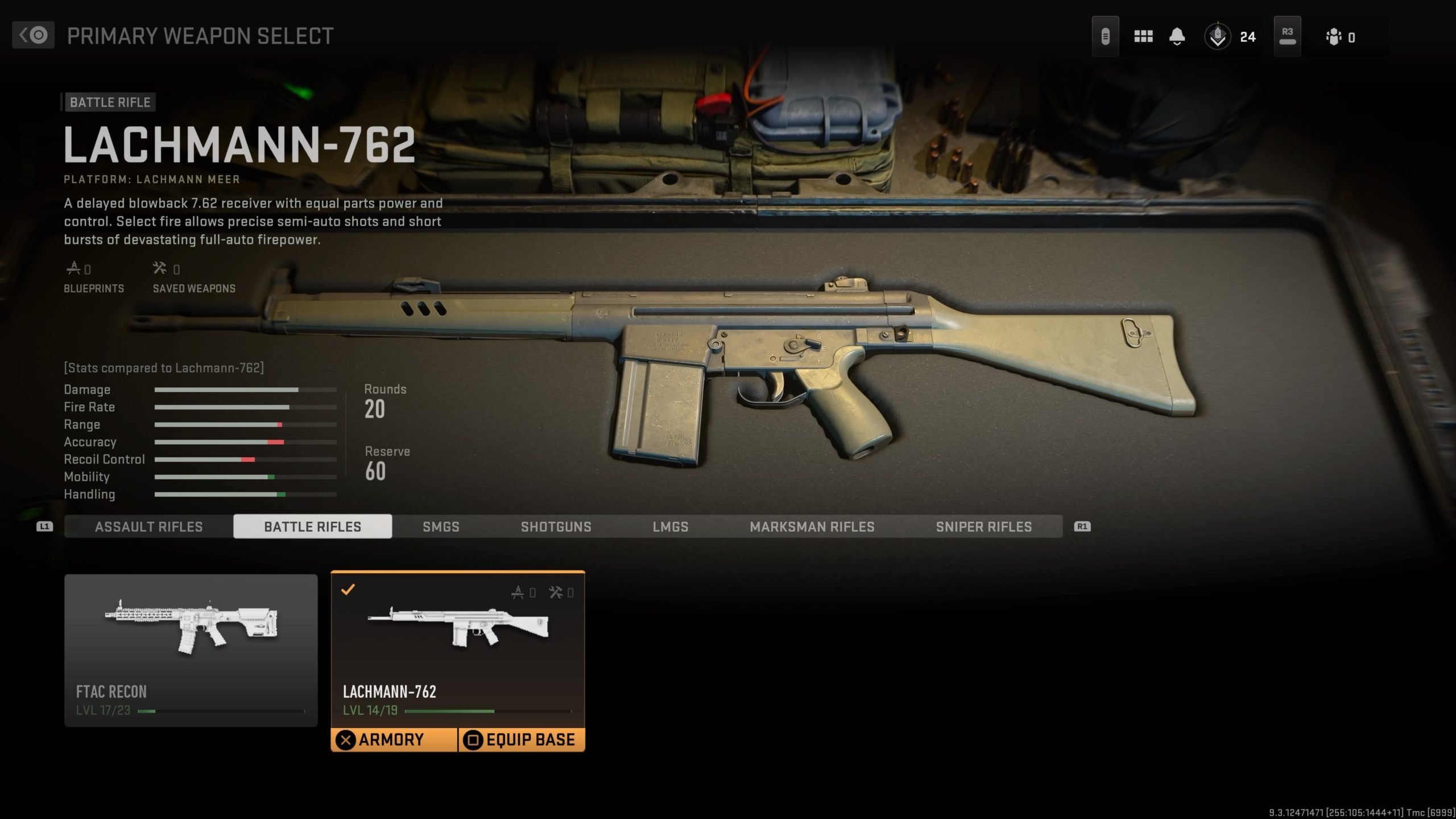 The Lachmann-762’s in-game description calls it a “high-powered .458 battle rifle that delivers severe damage at medium range,” and it rings true. The 762 is very strong in mid-range engagements and it falters at longer ranges due to its surprisingly low range stat.

Here’s the best way to equip the Lachmann-762 for success in Modern Warfare 2.

Best loadout for the Lachmann-762 in MW2

This beta loadout for the Lachmann-762 gives it the potential to kill in one or two bullets. You can use it with the Cronen Mini Red Dot to play up close with it and not really feel at too much of a disadvantage unless you miss your initial shots against run-and-gun, twitchy SMG players.

The perk package to run with is standard, depending on the game mode. This loadout is especially fun in non-respawn modes like Search and Destroy or Prisoner Rescue due to its very fast time-to-kill potential.

It’s unclear if the Lachmann-762 will remain as strong as it currently is within the beta, but for now, it’s worth trying out to see if the weapon is an enjoyable experience outside of just using it to unlock other guns.