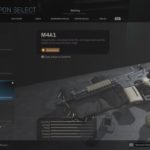 Lightning-quick reflexes and good map awareness are two traits you need to have if you’re aiming to be the top fragger in every Call of Duty: Modern Warfare match.

Skills alone may not cut it, however, since following the meta and using the best weapons is also a crucial part of any tactical shooter. If you keep using the least powerful guns despite being talented, someone can laser you down with one of the most overpowered weapons in the game.

Though it’s hard to point out a single gun as the best, some certainly shine more than the others in their respective categories. We’ve gathered the best guns for each category in Modern Warfare. The following guns will give you a definitive edge in multiplayer playlists while also allowing you to stand your ground in Warzone.

Assault rifles are the first set of weapons that most Modern Warfare players touch. They’re known for being great all-around weapons since they feature a nice mixture of accuracy and firing rate.

M4A1 is one of the first unlocks in the game at level six. The rifle is easy to use due to its manageable recoil and decent damage output.

The gun only gets more powerful with attachments such as the Operator Reflex Sight and Stippled Grip Tape.

The gun owes its spot on this list to being versatile and its ability to handle all sorts of combat. If you feel like you may need something more effective for head-to-head skirmishes, you can use the Overkill perk to pair up this beast of a weapon with a shotgun.

The AK-47, the M4A1’s lifelong rival, is another great rifle that can be a bit more difficult to handle. It’s also one of the last weapons that players get their hands on since it’s unlocked at level 53.

Though it has a higher damage output than its main rival, the AK-47’s recoil is noticeably harder to handle than the M4A1. The gun performs slightly better in close combat since its higher damage also comes with a deadly fire rate.

We recommend going without a stock to reduce your aim-down-sights time and a Commando Grip to make its recoil easier to handle.

The RAM-7 definitely separates itself from the rest with its unique interactions. The gun’s sideways recoil may be off-putting at first but it certainly makes it a strong choice if you get into close-quarters skirmishes often.

The gun allows you to react faster than your opponents with its low ADS time. We recommend pairing it up with XRK Close Quarters Stock and Stippled Grip Tape to increase its overall effectiveness.

The RAM-7 is unlocked at level 31, which gives players a lot of time to test it before getting the AK-47.

Though SMGs have never been the choice of any long-range fighter, they’re known for outclassing any rifle in a close-range situation.

An SMG’s high firing rate certainly makes up for any accuracy it lacks. They’re the go-to choice of anyone who likes rushing into their enemy’s base.

One of the most standard-issue SMGs, the MP5 is unlocked at level 12. Due to its medium level firing rate, the gun is certainly one of the easier SMGs to handle.

A lower firing rate brings more to the table than better recoil. Higher firing rates require players to be dead accurate with their shots and being a second off the target may mean wasting half your clip. You can certainly handle missing a couple of shots with the MP5, though, while it still maintains its deadliness.

We recommend pairing it up with the Stopping Power perk to increase its shredding power.

Compared to its little brother, the MP5, the MP7 features a higher firing rate while having pretty much the same recoil feeling.

While its high firing rate makes it more deadly in close-quarters combat, it requires you to be accurate with your shots. Missing your target while firing may cost you a big chunk of your clip and you might start reloading before finishing your enemy.

The MP7 is unlocked at level 54. We recommend snapping a Monolithic Suppressor on it so you can sneak behind enemy lines in a safer way.

If you find yourself in medium-ranged fights more often than not while getting quick kills, the Striker 45’s extra range could give you that last bit of damage to finish your enemies. The gun was unlocked once you got to tier 31 in the season two battle pass.

The Striker 45 is one of the most accurate SMGs when it comes to long-range fights. Though it’ll never be as accurate as an assault rifle, it’s still a solid choice if you’re looking for a hybrid option.

The increased accuracy requires some cutting back from its firing rate but it still shreds anyone quicker than an AR at close range, with the M4 being one of the only exceptions.

We recommend using attachments that will lower the Striker 45’s ADS speed and its reload time to make it the best choice for running and gunning.

Light machine guns don’t get picked up as much as ARs or SMGs due to their lack of flexibility. The one thing they’re best at is stopping crowded pushes. In situations where your enemies run straight toward you, reloading will get you killed in a second. The huge magazines on LMGs will be your best friend to help you prevail in such situations.

The M91 is the LMG to pick when it comes to long-range skirmishes. It’s one of the more accurate LMGs but lacks in the mobility department in exchange.

The M91 is unlocked at level 25. Using attachments to reduce its recoil can be a good idea while increasing its mobility. Though you’ll never be able to move around like you would with an SMG, the extra mobility may be a life-saver when you need to rush to a bombsite.

PKM is the perfect all-around weapon in the LMG category. It’s decent from a distance and can hold its own in medium-ranged fights. A combination of a decent firing rate and recoil makes it stand out.

The only notable issue with this gun is its ADS speed. We recommend using attachments that lower this stat for a good mixture of both long-range and mid-range effectiveness.

Snipers are the go-to choice of anyone who has dead-accurate aim. Sniping is also quite rewarding in the Call of Duty series since many of them can secure kills with a single shot and give you bragging rights.

The following snipers may or may not be suitable for throwing in 360s while you’re dominating a server.

Sniping is an art. But if you can’t finish off your enemies when you have the chance, you may only end up giving away your position.

The AX-50 is unlocked at level 37 and it’s the deadliest sniper rifle in the game. The gun owes its reputation to its quick ADS time and one-shotting ability. You should be careful with your shots, though. It takes a while to load the second bullet and an enemy you barely missed might decide to rush you during that time.

HDR is unlocked at level 11 and it’s the second most preferred sniper in the competitive Call of Duty: Modern Warfare scene.

Though it’s hard to tell if it’s actually worse than the AX-50, it has a slightly lower damage output. But it only affects shots that penetrate cover. Any connecting shots to an enemy’s upper body should still one-shot them.

Shotguns are good at one thing and it’s close-range shooting. Even in their area of expertise, they fall short against SMGs. But some players just can’t resist the satisfaction of blowing enemies off the face of the map.

The 725 is a double-barrelled shotgun that tries its best to solve the range issue of shotguns. It likely won’t kill anyone standing on the other side of the map but it may one-shot an enemy who’s standing 10 steps away from you. It still has impressive range for a shotgun, though.

You can land two consecutive shots without needing to reload and you should be ready to draw out your secondary weapon since it has a rather long reload time.

The 725 is unlocked at level 17. You can try out an Aim-Op Reflex Sight with it if you have a hard time getting close to your opponents.

The Model 680 is a pump shotgun, which means you’ll experience a delay between your shots. You won’t need to reload after two shots like the 725, however.

The Model 680’s range is slightly shorter than its main rival but it still has the same overall deadliness in close-range skirmishes. It’s one of the louder weapons in the game, so using an FSS Marauder muzzle may be beneficial to reduce its sound.

Marksman rifles are the true underdogs of Modern Warfare. It’s not because they’re bad, but there are other weapons that just do the same thing that they do in a better way. If you’re looking to gun down enemies from medium range, you have assault rifles. For longer-range fights, snipers will always deliver more accurate shots.

Still, you can go on a sick killing spree with one of these weapons and look like you’re the toughest person on the server.

Though it may have a slower fire rate than some of the other marksman rifles, the MK2 has one of the highest damage outputs among them.

The MK2 Carbine is unlocked at level 15 and will let you one-shot anyone if you land a shot around their mid to upper chest area.

If worst comes to worst, pistols should be drawn out before knives. While they aren’t going to be as powerful as a primary weapon, you’ll definitely want one ready to go if you empty your rifle’s magazine.

The semi-automatic nature of the M19 makes it the go-to pistol for the majority of competitive players. The pistol enables aggressive close-quarters plays with its high firing rate and also does decently at range with some trigger discipline.

Launchers are a bit tricky since they’re mostly used in unique situations, like taking out UAVs and choppers. While some of them are decent at securing easy kills, others are specifically designed to take out killstreaks.

The RPG-7 is a timeless rocket launcher in Call of Duty. Though it’s hard to take down choppers with an RPG since it doesn’t lock on to targets, it’s the perfect launcher to run around and blast enemies off the map.

The launcher is unlocked at level 44. Just be careful not to explode yourself in intense gunfights.

If you’re new to the Call of Duty series, killstreaks may feel like the end of a game. The PILA unlocked from the get-go and should be your definitive answer to anything annoying that’s flying in the sky.

The launcher can lock on to targets and take down choppers and UAVs with ease. Though you also have the option to free fire it, the PILA’s damage is significantly lower than the RPG-7 and may not result in one-rocket kills on enemies.