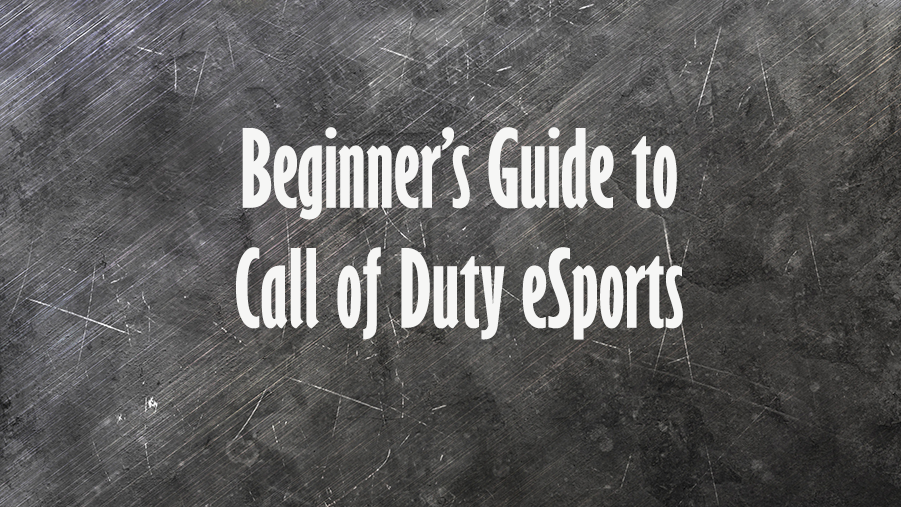 The first season of the  Call of Duty World League (CWL) kicked off on January 11th. The best teams from Australia, Europe, and North America will compete in leagues this year for a total prize pool of 3 million dollars.

Unlike public matches, the competitive game is restricted to a 4v4 format. This is done to reduce the number of variables for players to focus on in the game, increase the impact of each player on the team, and simply, tradition.

The game modes played are determined after the release of each Call of Duty title, depending on which are most competitive. This year on Black Ops 3, the modes are Search and Destroy, Hardpoint, Capture the Flag, and Uplink. Each game mode requires its own unique strategy.

New to Black Ops 3, the Ban and Protect phase allows teams to ban items from being used during a match or protect them from being banned. If something doesn’t match your playstyle, ban it. If it is a highly coveted item and you want to keep it, protect it. Each player gets one ban or protect. These can be used on anything: guns, attachments, killstreaks, specialists, equipment, perks, and wildcards. If executed correctly, this new feature can change the tide of battle for teams.

The Specialist Draft is where players select which specialist they want to use for that match. Each team can only draft a particular specialist once, so for example, if your teammate uses the Sparrow, you cannot pick it.

Arena Mode  Pro Series is a great place to learn the ropes. This is official Call of Duty matchmaking that puts you directly into the competitive setting. In this mode, you will have Ban and Protect and the Specialist Draft. Playing in Arena grants you a rank different from normal matchmaking. You win, you rank up. You lose, you derank. You start off at rank 1 and move your way up to rank 20 and then Master.

Gamebattles/UMG are great sites to start off in the world of competitive Call of Duty and where every pro (in North America at least) started their career.  You can play solo ladders, doubles, or with a team. In ladder matches, teams must post or accept a match-finder request. When paired, teams face off in a private lobby, so being familiar with the rules before playing is a must. A Call of Duty World League ruleset is now available in custom game options.

Reddit pages like /r/blackops3 and /r/CoDCompetitive will fill you in on both the public and competitive side of the game.

https://twitter.com/ESportsList/lists/competitive-cod is a list of all the relevant Twitter accounts for people and organizations involved in the CWL.

https://www.callofduty.com/CWL is the official CWL website. Follow it to stay up to date on results and match schedules.

You can also follow competitive Call of Duty right here on eSports Guru! We will bring you updated results, interviews, and analysis.

Check out the /r/codcompetitive live stream list, located on the sidebar.

Watch twitch.tv/callofduty for official CWL matches and events. The CWL kicked off on January 11th around the world and matches are played on Tuesdays and Wednesdays.  Check out the schedule here.

When not in an official match, pros will often be streaming on their personal Twitch or MLG channels. They are typically playing in a more relaxed atmosphere, so start watching a few and get used to the players. After a while, you can choose your favorite team to root for!

Who are these teams?

Over the last year, OpTic Gaming (Karma, Formal, Crimsix, Scump) has been the top dog in the scene in terms of winning championships. They also have the largest fan base. Their only true rival on Advanced Warfare was Faze Clan (Clayster, Attach, Zooma, Enable), but several other teams were in the running. Other notable teams on Black Ops 3 include compLexity (Nameless, Parasite, MirX, Ricky), Rise Nation (Octane, Classic, Loony, Slacked), Team EnVyUs (Jkap, Teepee, Aches, Slasher), and Team Kaliber (Sharp, Goonjar, Theory, Neslo).

Find a list of the teams and their rosters participating in the Call of Duty World League in our Power Rankings!

Crimsix, Aches, and Teepee were part of the most dominant teams of all time (compLexity and Evil Geniuses), along with Clayster at the end of Black Ops 2 and the first month of Ghosts, and Karma for the second half of Ghosts. They have all won the 1 million dollar Call of Duty Championship, either together or individually (Karma won twice).

Scump is usually referred to as the most consistent and best player to play the game.

Parasite and MirX were part of the 2013 CoD Champs team, Impact, along with Karma and Killa.

Octane burst onto the scene during Advanced Warfare and his Rise Nation team is considered a top 3 team so far on Black Ops 3.

There are many other notable players, and the majority of them can be found playing in the Call of Duty World League.

In this game, the class creation system allows for 10 points to be spent on guns, attachments, perks, and equipment. Each item costs 1 point. Wild cards can be used to add more attachments, another primary, and an extra perk for a class slot, but cost one additional point.

A basic class setup would look like this: A primary gun, a reticle, two attachments, three perks, a lethal grenade, and two tacticals.

If you think your gun needs that one more attachment, you must use a wildcard to add it. Maybe you choose to remove your tactical nades – now you can’t stun people. The class creation system brings an element of choice and negotiation to the game because you have to consider what is most important for the map and gamemode you are playing.

For example, don’t choose a sniper rifle when playing capture the flag just because you like to snipe – that won’t help your team capture flags. Instead, you want guns that kill fast and perks and attachments that give you fluid movement and resilient to enemies.

XR-2 (Similar to the M8, just not always as strong)

Kuda (This gun can compete, but is generally just weaker than the first 2)

Pharo (A burst fire SMG, this gun is all preference, some people love it, others don’t)