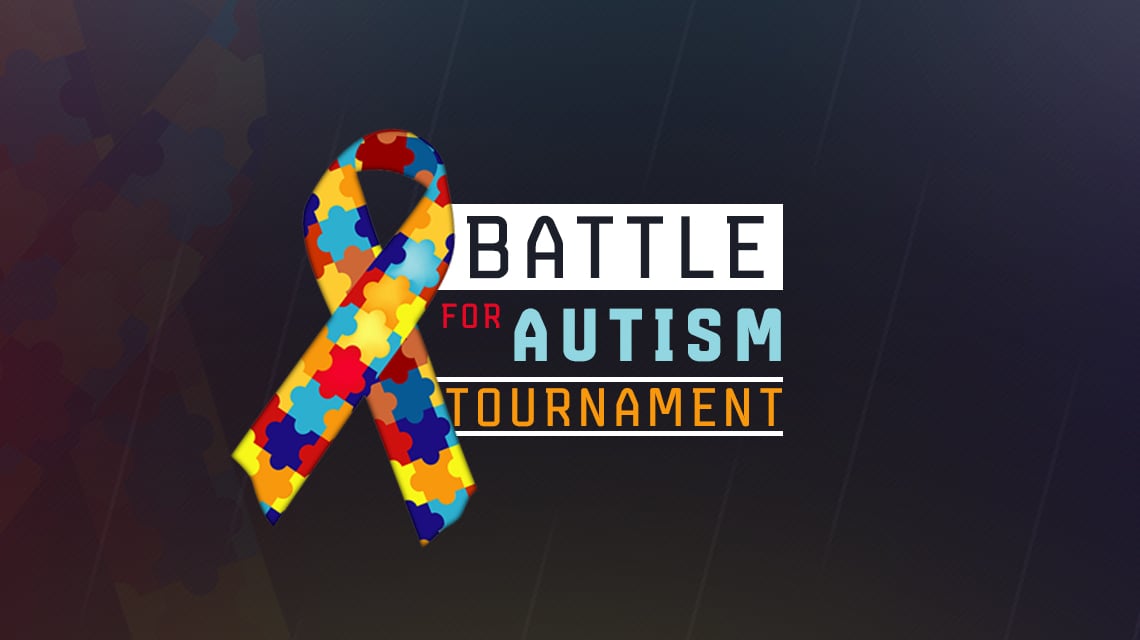 One out of 88 children in the United States are affected by Autism. Throughout the month of April, charities, celebrities, sports players, and civilians rally together to raise both funds and awareness for Autism. Now gamers and the eSports community can support the cause and compete at the same time.

NasT Gaming, Empire eSports, and Battle Autism are coming together with the help of Gamma Labs, Squid Grips, and Battle Beaver Custom Controllers to provide a tournament for gamers to compete in, with proceeds going to the National Autism Association. The tournament, which uses the 4v4 MLG Variant format, has a $10 entry fee, and will take place on April 30 at 6:00 p.m. EST. Matches will be streamed on the Battle Autism MLG Channel and casted by the following:

The players of the final two teams will each receive a G-Fuel goody bag, and 60% of the funds raised will go to the winning team, while the other 40% will go to the National Autism Association.

We spoke with Miguel “Migs Mr MvP” Quiñones, the COO of NasT gaming, one of the organizations behind the tournament. When asked how many teams he’s expecting, Quiñones replied with, “at least 32-64 teams would be great… we would have a raised a pretty decent amount of money for charity and have enough teams to have a fun competitive tournament.”

“It being April… is the reason we decided to do this tournament this month,” said Quiñones. However, he also said, “Just because April is Autism Awareness Month, doesn’t mean it is the only month we should spread and share awareness.”

You can both support the cause and compete in the tournament by clicking here and signing up.