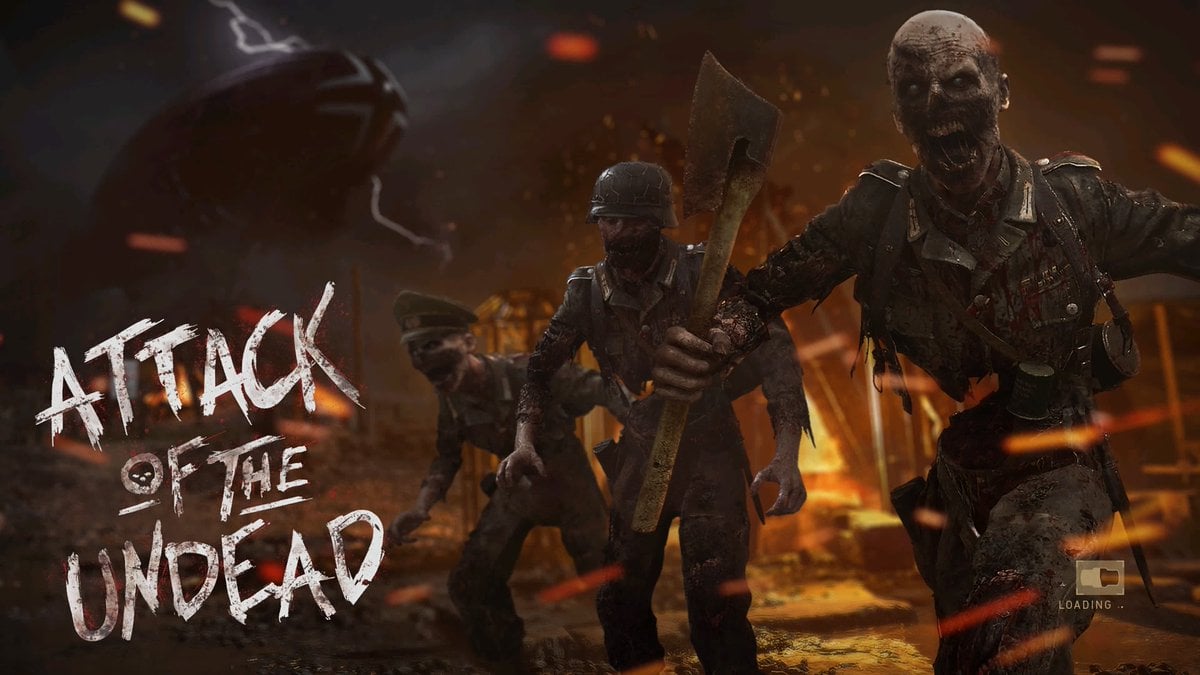 Another community event is set to go live in Call of Duty: WWII—and it’ll be the most frightening one yet.

The Attack of the Undead community event just went live in WWII and will run through June 26.

For the first time, zombies will be intertwined in multiplayer gameplay with three limited-time game modes where players will have to fight both living and undead enemies. Most Call of Duty fans will remember the classic mode Infected. In this iteration of the game mode, which is now live in WWII, you’ll become a zombie upon death and try to infect as many survivors as possible.

On June 5, Hordepoint will be introduced to WWII—it’ll basically be Hardpoint with zombies involved. In the final game mode, called Relic of the Undead, players will fight for control of a skull and try to keep possession of it for as long as possible. Relic of the Undead will join WWII on June 12.

The Attack of the Undead event is also bringing a ton of new weapons to WWII, including the Nambu Type 2, Blunderbuss, Lever Action sniper, PTRS-41, Stinger LMG, Fire Axe, and Claymore—which was called a “big f*cking sword” in the trailer. Most longtime Call of Duty players should remember the PTRS as an incredibly-lethal sniper rifle from World at War.

In addition, a new map called Groesten Haus has been added to multiplayer for this event. There will also be a new community challenge that provides rewards for all players based on how many zombies are killed during the Attack of the Undead event. One of the rewards is a Tesla Gun—which essentially looks like a more-advanced Wunderwaffe.

This event is bringing great new content to WWII, so there’s a lot to be excited about in-game. Kill as many hordes of zombies as possible until Attack of the Undead is over on June 26.