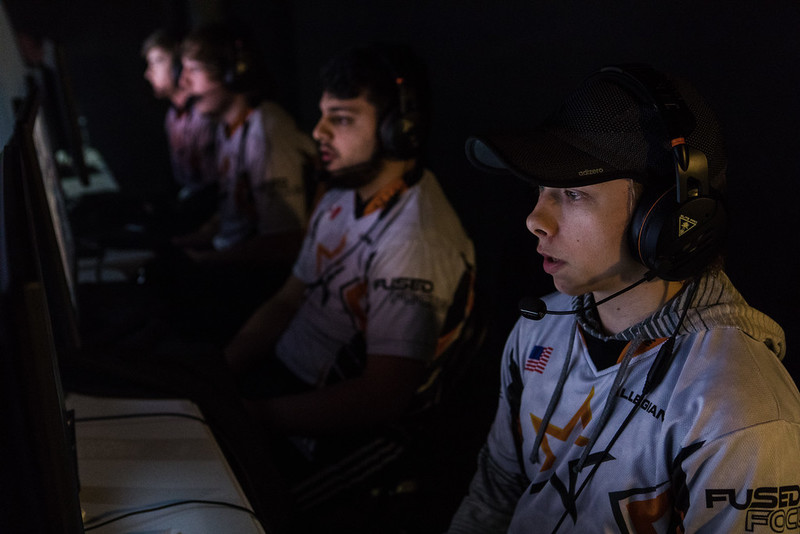 Despite going undefeated in Group F, Fnatic find themselves in a horrible position at the 2017 Call of Duty World League Championship after being upset by Team Allegiance.

Regarded as one of Europe’s strongest squads and a possible top eight team in the world, Fnatic were expected to move past their North American counterparts in their first matchup on Friday. Things didn’t go as planned, however, as Allegiance shocked Fnatic with a convincing 3-1 victory.

With lots of money and prestige on the line, Allegiance have come to play. They were doubted and predicted to not even make it past group play, but the team proved that they should be taken seriously.

In the first game, Retaliation Hardpoint, Allegiance jumped out to a 41-0 start. Fnatic recovered quickly and took their first lead of the game. After a few highly-contested hills that helped Allegiance cut the deficit to just eight points, Fnatic dominated the destroyed building Hardpoint to put them ahead of Allegiance by 48 points. For the next three Hardpoints, Allegiance somehow kept the game going, despite Fnatic being just mere seconds away from the win. After a heroic hold of the bridge Hardpoint, Allegiance sprinted to the next hill but they didn’t get there quick enough to stop Fnatic, who came out victorious.

Brushing aside the extremely close loss, Allegiance again started strong. But the difference this time was that they didn’t let the game slip through their fingers again, as they dominated Crusher Search and Destroy 6-1.

Frost Uplink was arguably the biggest game of the series. As seen in Stage Two of the CWL Global Pro League, teams that win Uplink usually go on to win the series. In fact, 88 percent of teams that won the Uplink went on to be victorious in their five-game series. This was the case in this series too, as ALG’s 16-kill advantage proved to be a major difference in the 9-3 map win.

The final game of the series was Throwback Hardpoint. Despite dropping the first Hardpoint of the series, Allegiance wasn’t expected to lose the second, as their main advantage over most teams is their strong respawn play. That expectation quickly made sense in the game, with Allegiance running straight over the Europeans in nearly every hill to get the game and series victory.

With the win, Allegiance has secured a match with eUnited in the next round of the championship bracket, while Fnatic will have to face off against the CWL Anaheim Open champions, Luminosity Gaming, in their losers bracket game. If Fnatic drop that match, they will be eliminated from the CWL Championship.