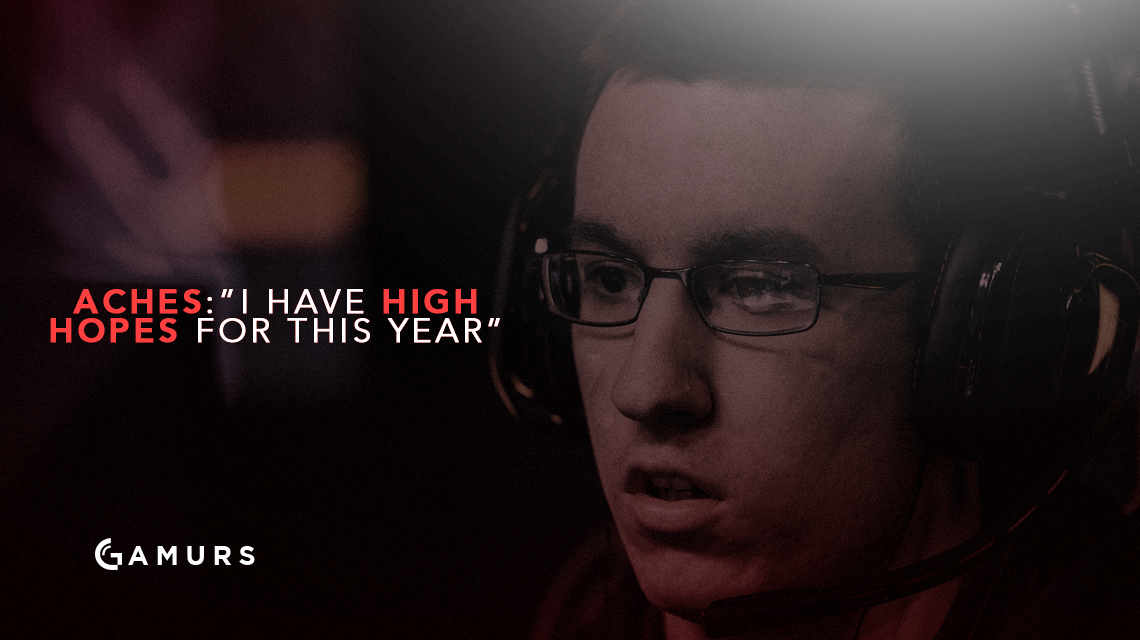 Call of Duty veteran Patrick “ACHES” Price spoke to Josh “Piscator” Lee and Alex “Axeltoss” Rodriguez of Machinima’s Inside Esports and told them how he feels about the soon-to-be-released game, Call of Duty: Infinite Warfare.

In the interview, ACHES stated, “I’m definitely looking forward to the new game.”

Even so, ACHES recognizes the drawbacks of an ever-changing landscape for Call of Duty esports.

“It holds us back as an esport, the fact that we have to switch titles every year, but it also gives us this new, refreshing type of thing,” he explained.

Amongst Call of Duty pros, ACHES has often been the most vocal about changes that he doesn’t agree with. Most recently, he voiced his opinions about the competitive ruleset for Infinite Warfare, which we know little about. We do know, however, that several former professional players have been working with Infinity Ward on the ruleset and maps. Still, ACHES has been critical. He believes Call of Duty casters, such as Clint “Maven” Evans, have too much say when it comes to the ruleset and that it should be up to the players to decide on what is fair and what is not. Afterall, ACHES is largely responsible for coming up with the general ruleset used in the last few years.

When it comes to the new game, ACHES says he has high hopes for it. “It’s always fun to get your hands on a new Call of Duty,” he told Machinima.

ACHES went on to reminisce about what it was like as a kid every year when a new game came out, saying, “Leading right up to the drop of the new game, the little kid in you kind of takes over… You’re about to play nonstop.”

Do you feel the same as ACHES about Infinite Warfare? Comment below or tell us on Twitter @GAMURScom.