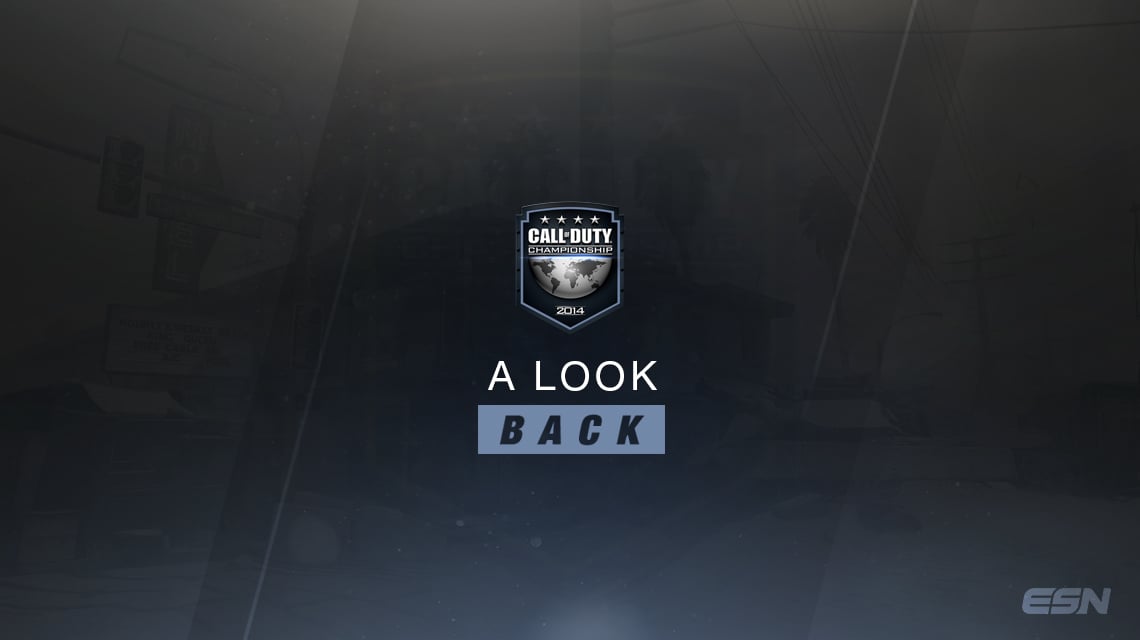 Matthew “NaDeSHoT” Haag and Joseph “MerK” Deluca have now both finished in the top 3 of all the Call of Duty $1 Million tournaments to date after placing:

Damon “Karma” Barlow is now the only 2x Call of Duty World Champion after winning the event in 2013 with Fariko Impact which consisted of, Damon “Karma” Barlow, Christopher “Parasite” Duarte, Marcus “MiRx” Carter, and Adam “KiLLa” Sloss and in 2014 with CompLexity Live which consisted of, Damon “Karma” Barlow, Ian “Crimsix” Porter, Patrick “Aches” Price, and Tyler “TeePee” Polchow. It is also now estimated that Karma is now the highest earner in competitive Call of Duty with over $300,000 worth of earnings. As well as being the estimated highest earner in Call of Duty, he is now the only eSports’ player to have earned two World Championship Rings.

Coming into Game 5 Search and Destroy of their best-of-5 series, both teams knew that they were in a do-or-die situation. With one round away from taking the series 3-2, Buzzo, a top Australian player found himself in a 1v3 situation with the bomb down in his favor.

Buzzo managed to pick up the first player, Anthony “Nameless” Wheeler who was protecting Jeremy “StuDyy” Astacio who was defusing the bomb to take it to Round 11. With 14 seconds remaining, Buzzo managed to hang on as he killed the final player who was going for the ninja defuse in the dying seconds.

Round after round, the Team EnVyUs lineup teared the Strictly Business team to pieces throughout the whole match. It took until the sixth round for one member of the team, Bryan “Apathy” Z. to get at least one kill on the board.

Team EnVyUs was unable to continue with their match sweeping as they were unable to close out Game 3 of Blitz for a 3-0 series. With that being said, they still prevented Strictly Business from taking it to a Game 5 as they closed the series out 3-1 after four games in the series.

A very unusual upset occurred, as Trident T1 Dotters managed to tear the FaZe lineup apart in their intense 3-2 series win. Damage and Chilean from the Australian team came up huge with a big performance in the Game 5 Search and Destroy.

This was the first warning that the North American region had received, from teams that were coming over seas. This performance gave them a huge boost as the went on to defeat other top teams in the Upper Bracket such as, Vitality Returns and Rise Nation.

In their best-of-5 series against OpTic Gaming in the Upper Bracket Round 4, CompLexity found themselves 2-1 down in the series and losing in the second half of Sovereign Domination. Half way into the second half, Tyler Polchow turned up the heat and managed to single handedly keep the OpTic lineup off the B flag.

With the outstanding performance by Polchow, CompLexity managed to tie up the series 2-2 and go onto take the series in a Game 5 Search and Destroy.

An Overview of CompLexity’s Bracket Run

How do you think last year’s event compares to the this year’s World Championship? Let us know.