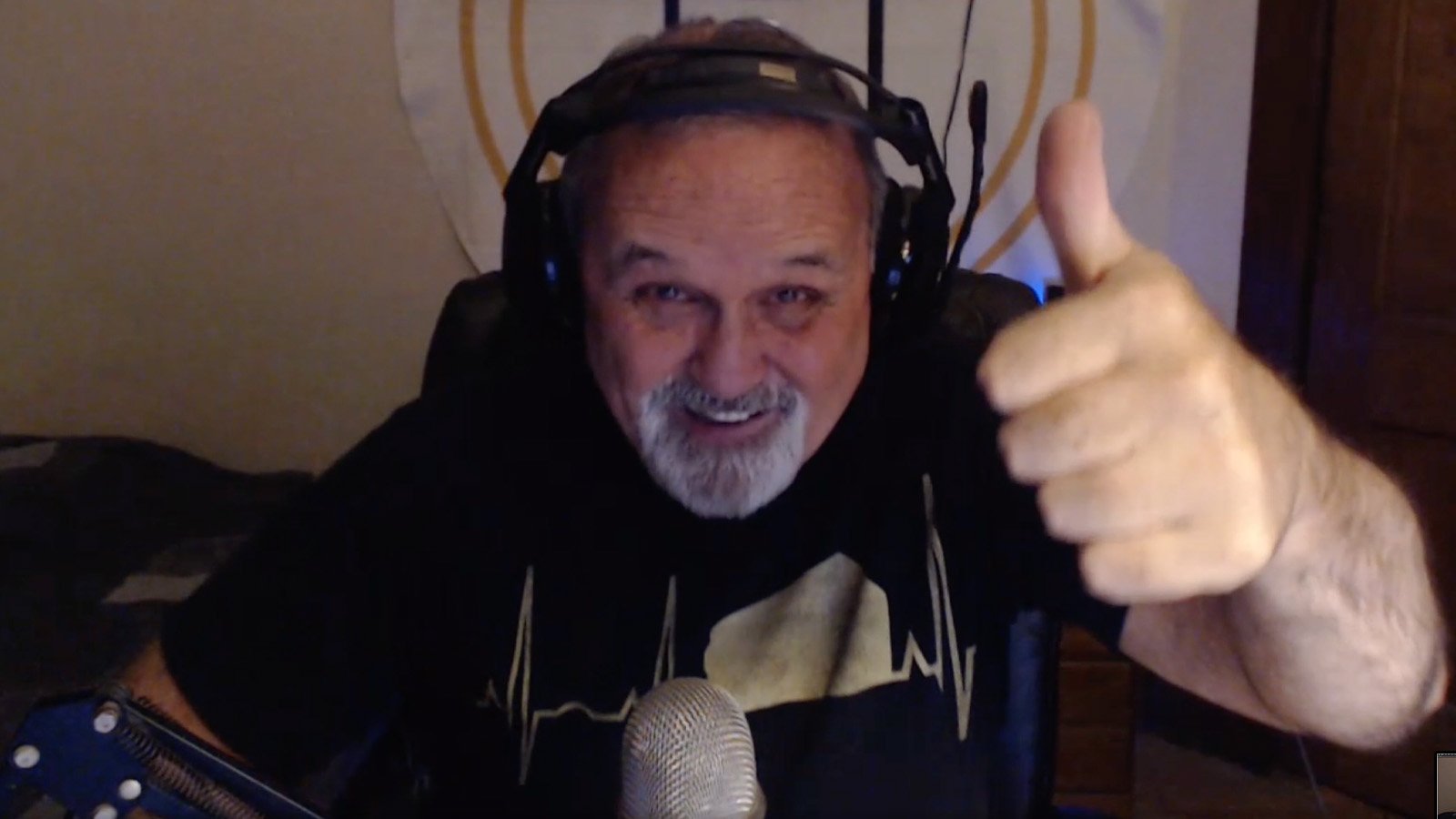 Screengrab via FatherSonGaming on Twitch

65-year-old Twitch streamer Bill, also known as Papa, who streams alongside his son Jason on their FatherSonGaming channel, was thrilled to finally experience his first-ever solo Warzone win.

The father and son duo have played many lobbies together. They’ve even won a few. But, Papa always wanted to nab a solo win, and after 64 attempts, he finally pulled it off.

Jason watched in awe as Papa outplayed his last remaining opponent in a Warzone firefight that started on a hillside and wound up inside a house.

Papa pushed with an SMG, kicked the door, and downed his rival with ease.

Hilariously, Papa had a celebratory victory speech prepared. “If I ever won a game, I had one made up,” he said. It took a while, but the time to read it finally arrived, and he didn’t disappoint.

With digital microphones surrounding him, Papa thanked everyone who watched the journey, his son for supporting him, and their teammates for boosting his confidence, especially when he doubted his abilities.

Last but not least, he thanked their growing Twitch fanbase.

They call it “The Nation.” Papa said they’ve wanted the ellusive Warzone win as much as he did. “I’m getting choked up!” he said as he struggled to hold back the emotion.

The Twitch duo’s story is wholesome too. Jason grew up playing games. Bill would sometimes watch over his shoulder. One day when Jason was sniping in Modern Warfare 2, Bill said it looked fun and wanted to give it a go.

Jason showed him the ropes, and soon enough, he started improving and became hooked himself. They uploaded their first YouTube video in 2011 and started streaming on Twitch in 2013.

Warzone has been their main game ever since it was released in 2020.

The father-son combo has streamed the CoD title for over 2,000 hours. It’s taken Papa a long time to win solo, but now that it’s finally happened, he’ll never forget it.