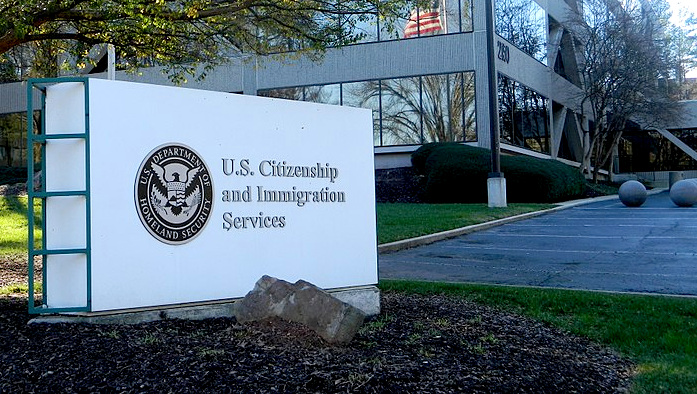 As a diverse international community, crossing borders and navigating immigration laws has always been a major issue in the esports industry. The current U.S. presidential administration’s “America First” policy is setting the bar even higher, and it’s starting to affect employment-based visas and even casual travel to the U.S.

It is currently harder than almost any other time in history to obtain the right to work, play, or compete in the U.S. These changes will have a profound impact on any industry that relies heavily on foreign talent coming into the country, and esports are no exception.

Since October 2017, U.S. Citizenship & Immigration Services (USCIS) has announced a series of significant policy changes: first, the agency said it would no longer gives deference to prior visa approvals when an applicant applies for a simple extension.  Then, the agency said it would no longer issue Requests for Additional Evidence (RFEs), effective Sept. 11, 2018. These give applicants the opportunity to provide supplemental materials to further support their petition. Instead, USCIS will now jump straight to issuing denial notices. The agency then added that it has given itself the authority to initiate deportation proceedings, a power that was previously solely reserved for Immigration & Customs Enforcement (ICE).

The combined effect of these policy changes could lead to a frightening scenario like this: an esports player in the U.S. on an athlete visa applies for an extension. The league has not yet announced the next year’s tournament dates (a situation that is unfortunately all too common), so no itinerary is included in the filing. USCIS issues a denial notice because no itinerary was attached. The team provides the now-available itinerary in response to the denial notice, but USCIS denies the case anyway because the itinerary was not submitted at the time of filing. While the case is under additional scrutiny, USCIS comes to believe the applicant violated his visa status in the past by monetizing his Twitch stream while in the U.S. on a student visa. USCIS then issues a removal notice and the player finds himself in deportation proceedings.

The consequences for the player, the team, and the league could be dire—of which increased legal fees are the least concerning. Deportation proceedings can last for months to years, during which time the player may remain in the U.S. but will not be authorized to work. International travel during proceedings will be impeded, since the player will not be able to return to the U.S. until proceedings are closed or terminated. Players who are deported are subject to a minimum 5-year ban from entering the U.S. on any type of visa. In short, the issuance of a denial notice could very well mean “game over” for the player’s career in the United States.

Teams and players can now also expect lengthier visa processing times. Even when using Premium Processing, the issuance of an RFE or denial notice resets the 15-day clock—and such notices are increasing in frequency. Other types of applications, such as green cards, are not eligible for Premium Processing and are currently taking anywhere from 10 to 23 months to adjudicate. Previously, applicants could expect their green cards in half that time or less.

Perhaps even more concerning for the esports industry is the lack of certainty for team owners and managers surrounding their rosters. If a team identifies and signs a foreign player, the likelihood they will be able to obtain a U.S. visa has gone from a relative certainty to potentially problematic. This may discourage teams from signing newer, up-and-coming talent who have fewer documentable achievements to be included in a potential visa application.

Players, casters and others in the industry who are primarily based outside of the U.S. and only seek to come for a short trip are also finding themselves in hot water. If U.S. immigration officials at the airport believe the purpose of travel is not for a brief business meeting but rather for employment, travelers can find themselves either on a plane back to their home country or in an ICE detention facility, which happened to some Magic: The Gathering players last week.

Since meaningful immigration reform is at least a year or two away, the esports industry has a large storm to weather and we’ll only be able to do that if key stakeholders from throughout the industry work together. It has never been more important for leagues and competition organizers to determine and release the dates and locations of major events as far in advance as possible. Case in point: Valve announced the location of The International 2019 almost one year in advance. The ripple effect of this announcement is that teams can start working towards roster changes (and related visa applications) with plenty of lead time. If schedules are released late, teams and players may be put in the impossible position of either filing a petition with incomplete information and risk denial or waiting for all of the information to become available, but then not having enough time to get the visa process finalized before the event.

For travelers using ESTA or a visitor’s visa, it’s more important than ever to consult with an immigration lawyer about whether the purpose of travel is permissible under current immigration law and policy, and have the right documentation ready to present to U.S. immigration officials at the border.

It’s also pivotal that visa holders, pertinent staff, and attorneys keep client visa status and renewal timelines in mind when negotiating new contracts and renewal terms. Team managers should work closely with immigration counsel to communicate travel needs, get educated about visa compliance, and in turn educate their players. Open lines of communication across and within organizations have always been key, but in today’s immigration climate, the margins of opportunity to obtain successful results can be razor thin in many cases. As always with immigration issues, the stakes are incredibly high—now we have to be ready to play the game on hard mode.