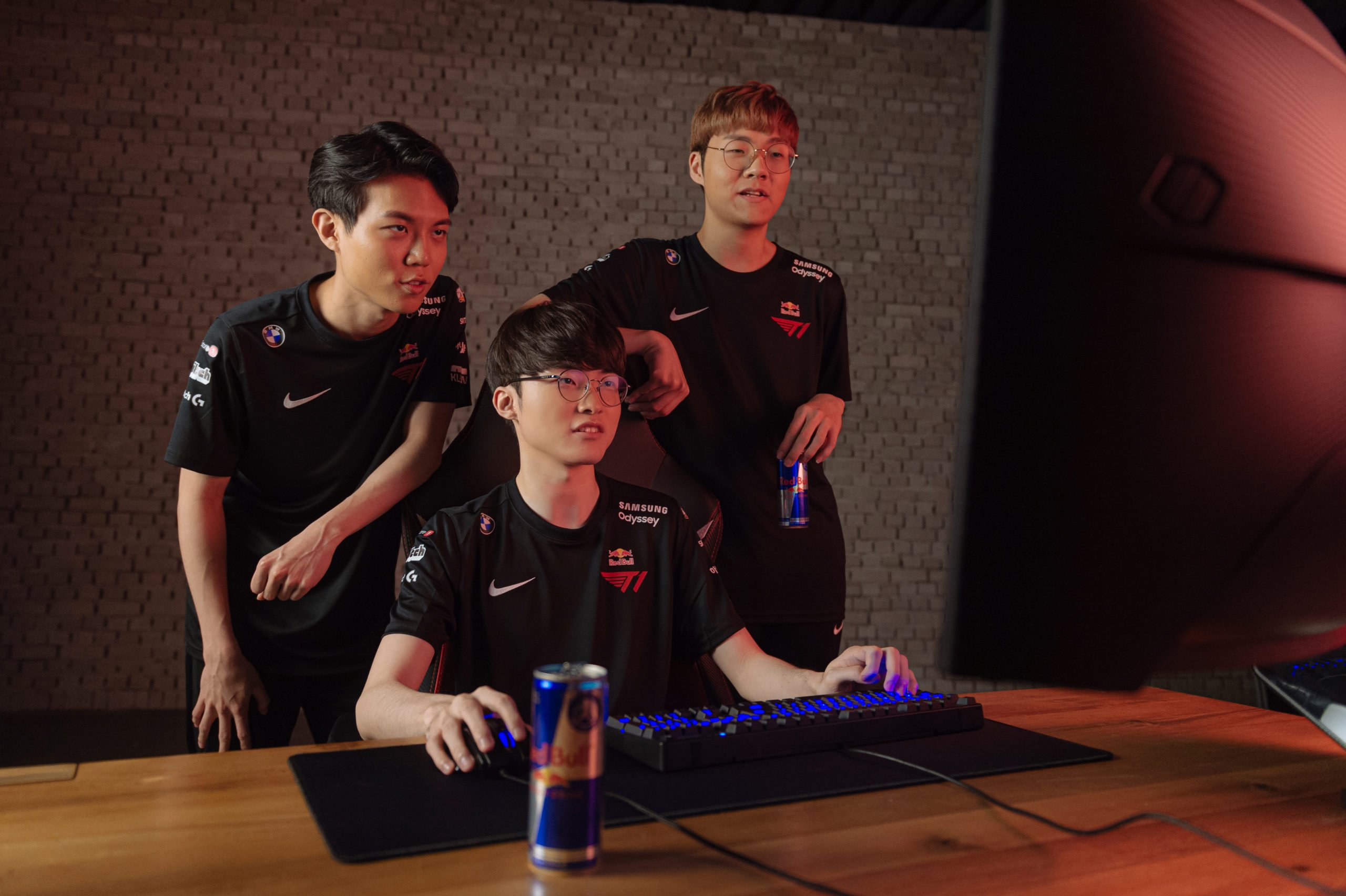 The partnership will give T1 access to Red Bull’s performance infrastructure, such as the Athlete Performance Centers in Austria and Santa Monica, where other Red Bull sports athletes like Max Verstappen, Leticia Bufoni, and Fabio Wibmer train.

T1 is a huge addition to Red Bull’s portfolio considering it’s the only organization to win the League World Championship more than once. T1 recently signed Yang “Daeny” Dae-in and Lee “Zefa” Jae-min, the previous coaches of the 2020 world champions, DAMWON Gaming.

“As a pro gamer, I drink energy drinks during practice and before games,” Faker, T1’s mid laner, said. “All of us at T1 are excited to enjoy our new partnership with Red Bull.”

The organization’s newly formed VALORANT roster is also preparing to compete in the VALORANT First Strike event on Dec. 3. And T1 is home to Leonardo “MkLeo” Lopez, the top-ranked Super Smash Bros. Ultimate player in the world.

With this new partnership, T1 will probably participate in Red Bull’s several annual events and competitions. Red Bull is represented in over 20 games and has hosted more than 200 annual tournaments across different titles.