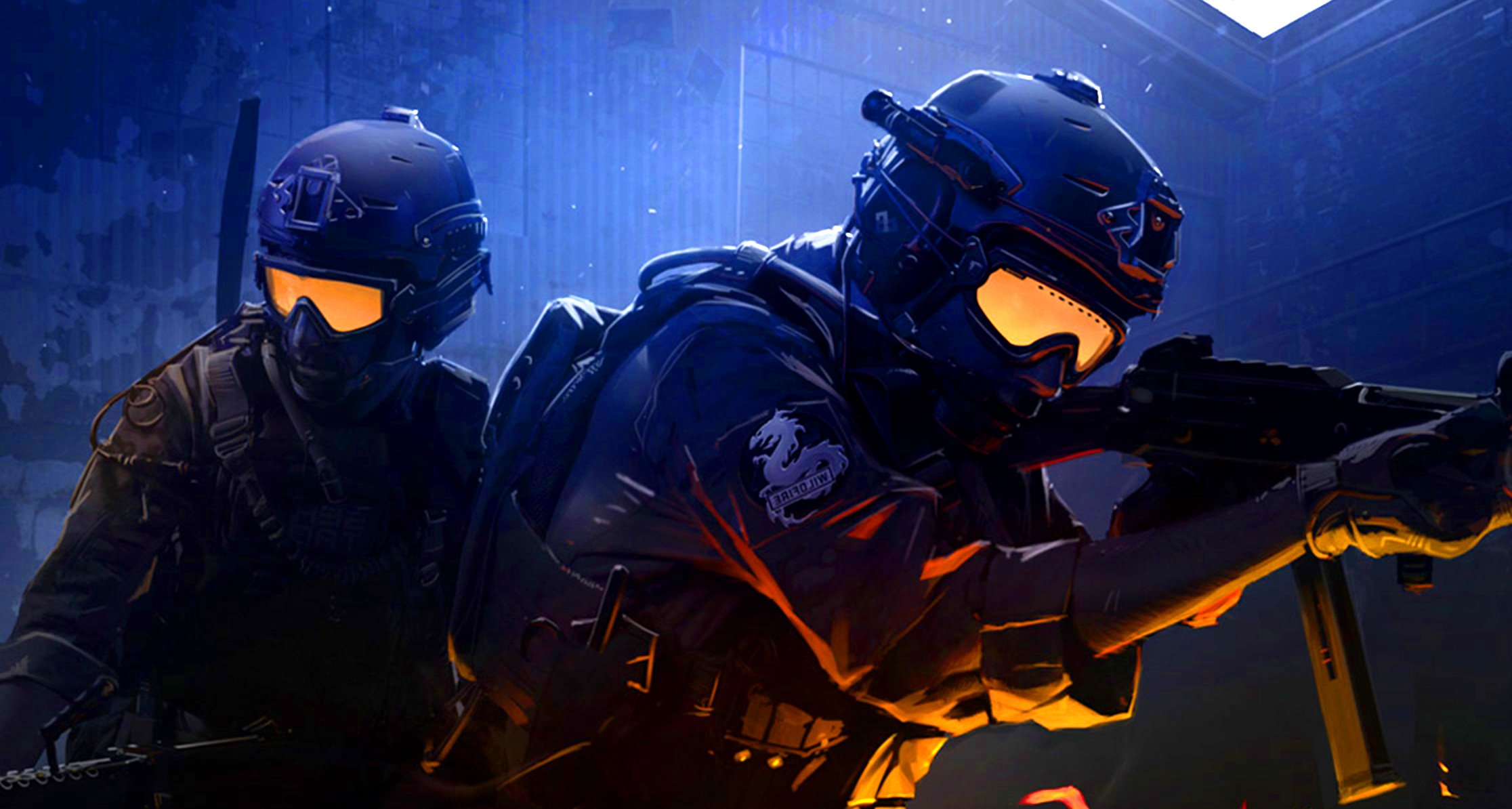 All of the year’s esports tournaments are played, its winners are crowned—and the prize money can finally be tallied up. And that cash tells some very interesting stories about the state of esports in 2016.

For one, Counter-Strike: Global Offensive has leapfrogged League of Legends in terms of total money dished out over the year. For another, average tournament prize pools doubled from 2015.

The most reliable source for examining prize money is esportsearnings.com, a crowdsourced database that gathers information about esports tournaments from 1998 until today. And while its barebones design—hopefully—is a homage to the early days of the internet, the data is up to date and its sources are all cited. That said, esportsearnings.com isn’t flawless. Due to its community-reliant character, it’s certainly not exhaustive and prone to errors. Yet the website’s data set is of unmatched depth. It’s the established place to go for research on esports tournament history.

The comparison between this and the previous year’s tournaments played and money paid isn’t just a story to wow at but a solid performance benchmark. There’s no doubt that esports is more than the sum of its tournaments and prizes, though.

Of course, prize money is far from the only relevant indicator to measure esports’ growth. Viewership, recognition, sponsorship deals, investments, and a bunch of other indices are equally important at the very least. Prize money has one edge, however: It’s more robust and, more often than not, it’s publicly known how much money is at stake.

In 2016, total prize money grew from just under $66 million to more than $92 million, an increase of 39 percent. Surprisingly—in the light of constant talks about oversaturation—the number of tournaments decreased by 30 percent, from 4,816 to 3,526. In other words, almost 1,300 fewer tournaments paid out about $26 million more.

What happened? What was different compared to the previous year?

Let’s start with the increase in prize money as it’s relatively easy to explain: Basically every top tier esports title saw its developer double down on prize money.

Valve is probably the most shining example. The company introduced the Dota 2 Major system last year, but it came into full effect in 2016. Two Majors with $3 million on the line plus the (mainly crowdfunded) $21 million International prize pool boosted the game’s total prize money from $31 million last year to $36.5 million this year.

While that alone is an impressive development, Valve’s other top esports title, CS:GO, doled out a lot more cash as well. With the addition of new, heavy-hitting leagues and tournaments like ELEAGUE, ECS, and Epicenter, the game not only had more events than last year but also way higher payouts. In fact, the total prize money almost tripled in 2016, growing from just above $6 million to more than $17 million. For the first time in its history, CS:GO had $1 million events this year.

What about the decrease in overall tournaments?

First, some more context: 2016 had the second highest amount of tournaments played over the last two decades. Still, a 30 percent decrease is significant. Where does it come from? The most reasonable explanation is that comparatively few tournaments were submitted to the database this year. Remember: The data set is only as accurate as its community. Furthermore, submission can be “million-dollar tournaments with corporate backing, grassroots tournaments with a humble prize pool, online cups, and even show matches and money matches,” as it reads on the website. That means that much of the disparity in total tournaments could be due to fewer small-scale events being added to the database.

As a consequence of the decrease of tournaments and the increase in total prize money, the average tournament prize pool almost doubled from about $14,000 to $27,000. The average player earnings grew from approximately $5,000 to $7,000, an increase of 40 percent. Keep in mind that these earnings explicitly do not include sponsorships, wages, or really anything aside from tournament winnings.

Statistically, the average—or to be more precise, arithmetic mean—has a vulnerability. It is greatly influenced by outliers, especially if the distribution is heavily skewed. That’s the case when it comes to both tournament prize money as well as earnings per player. A $20 million tournament like The International that makes its winners millionaires is the best example of such an outlier. To contextualize appropriately, a second variable is useful in these cases: The median. It divides the data sample in two sections, a higher and a lower half. A simple example: The median of “1, 3, 50” is three. The average of this series is 18, a huge difference.

When it comes to earnings from tournament winnings, the difference between the median and the average reflects the difference between a professional career and a hobby. And in fact, only about 500 players made more than $30,000 from tournament prizes this year. Just 30 of them come close to or go past the $1 million mark and only four players earned more than $2 million. American Dota 2 player Saahil “UNiVeRsE” Arora tops the scoreboard at $2,708,036.

Overall, the median tournament prize pool in 2016 was $750, an increase of 63 percent compared to the previous year. Respectively, the median earnings per player were $347 this year from $242 last year, up 44 percent. That’s despite the fact that the number of active players—for the first time in years—didn’t grow but remained almost the same (-0.6 percent). In other words: About 6,000 active players earned $347 or less in tournament winnings. Again, this doesn’t include any other form of player earnings.

Player earnings aren’t the only storyline when it comes to prize money: Its distribution by country and games is telling too.

Interestingly, nine out of the top 10 nationalities for prize money earned stayed the same in 2016. While some countries changed positions within the top 10, only one was replaced.

Pakistan lost 12 ranks and is now No. 21, while Brazil moved up nine ranks and entered the top ten on No. 7, which is easy to explain: Pakistan’s only top performer, SumaiL, a Dota 2 player for Evil Geniuses, didn’t win half as much money as last year. This year, his team only finished first in two out of five Premier tournaments they participated in. Last year, SumaiL and his team finished first in four out of five. Brazil’s rise is easily understandable as well. Brazilian teams in CS:GO and League of Legends achieved extraordinary international success. Sticking out is the CS:GO squad surrounding Gabriel “FalleN” Toledo, which won six Premier titles, including two Majors, this year.

The distribution of prize money per game tells another big story of 2016. For the first time since 2012, League of Legends is not ranked first or second but placed third behind CS:GO, which in turn is now the runner-up to Dota 2. And it’s not even by a small margin. In 2015, CS:GO was still $1.5 million shy of League. This year, however, CS:GO flew past League and is now $7 million ahead. And that’s despite the fact that League’s total prize money grew from $7.7 million to $10.1 million. As explained above, CS:GO’s prize pool almost tripled—an incredible run that’s not looking to slow down next year. The 2017 Premier tournament circuit already consists of 14 events, with many more yet to be announced.

It’s also noteworthy that ranks 4 and 5 saw changes. While Smite and StarCraft 2 dropped to 7 and 10 respectively, Heroes of the Storm and Call of Duty: Black Ops 3 climbed the ladder and claimed a spot among the top 5 games per prize money. StarCraft 2 arguably had its toughest year in its long history. Star players retired, events were dropped, and Blizzard looks to be giving its attention increasingly to other games—the Overwatch league being just the most obvious example. In contrast, Call of Duty: Black Ops 3 saw heavy developer support this year and, with $2 million at stake, had the largest prize pool in the history of the annual Call of Duty Championship.

Assuming esports’ prize money growth continues like in recent years—a double digit percentage in year-on-year growth over the last couple of years—it’s safe to project that next year will easily grow past $100 million. That would be more prize money than in the five years between 2009 and 2014 combined—an incredible development, which should not hide the fact that esports is still far from being a valuable career for more than a few hundred players in the world. To some degree that’s desirable of course. After all, fans enjoy the competition between the very best.