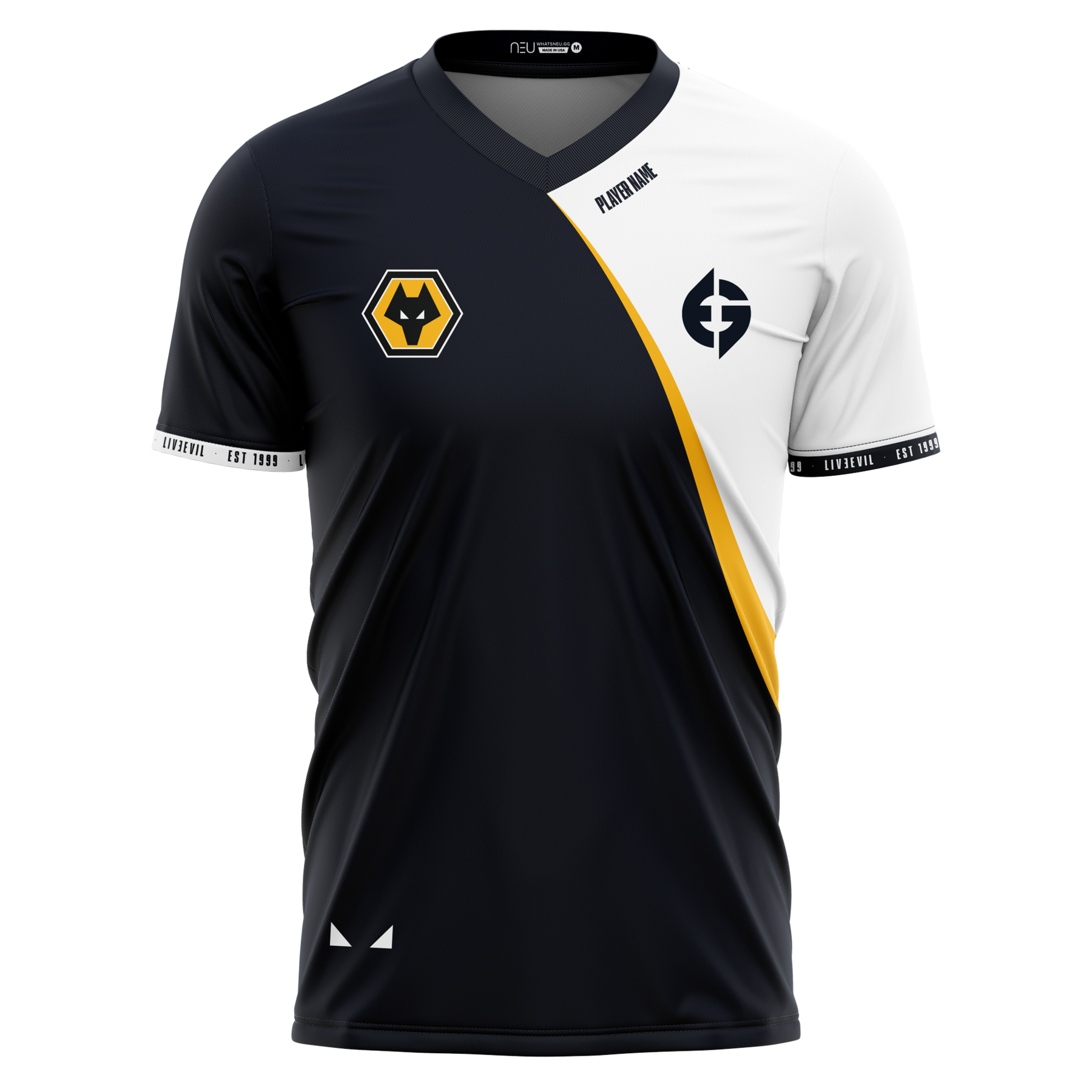 The Wolves’ logo is featured on the right side of the chest, whereas EG’s logo is on the left. The British club’s logo also appears on the back of the jersey, above the player’s name, showing the partnership between Wolves and EG. The organization even implemented some orange, the Wolves’ primary color, into the jersey. “We may have partnered with the Wolves, but we still bleed blue (now we just do it with a bit of Old Gold),” EG said.

EG is already selling its updated jersey in its online store. A short-sleeve jersey costs $59.99 while the long-sleeve option is $64.99. The store also has additional merchandise, including a Wolves X EG T-shirt ($34.99), a Wolves X EG hoodie ($59.99), and a Wolves X EG cap ($29.99). The jerseys are customizable, which means buyers can either put their favorite player’s name on it or just use their own.

Jointly branded merchandising will be just one aspect of the partnership between the esports organization and the soccer club. The minority investment will cause EG’s value to rise to $255 million post-investment, which will enable the North American organization to continue expanding its business into global markets.