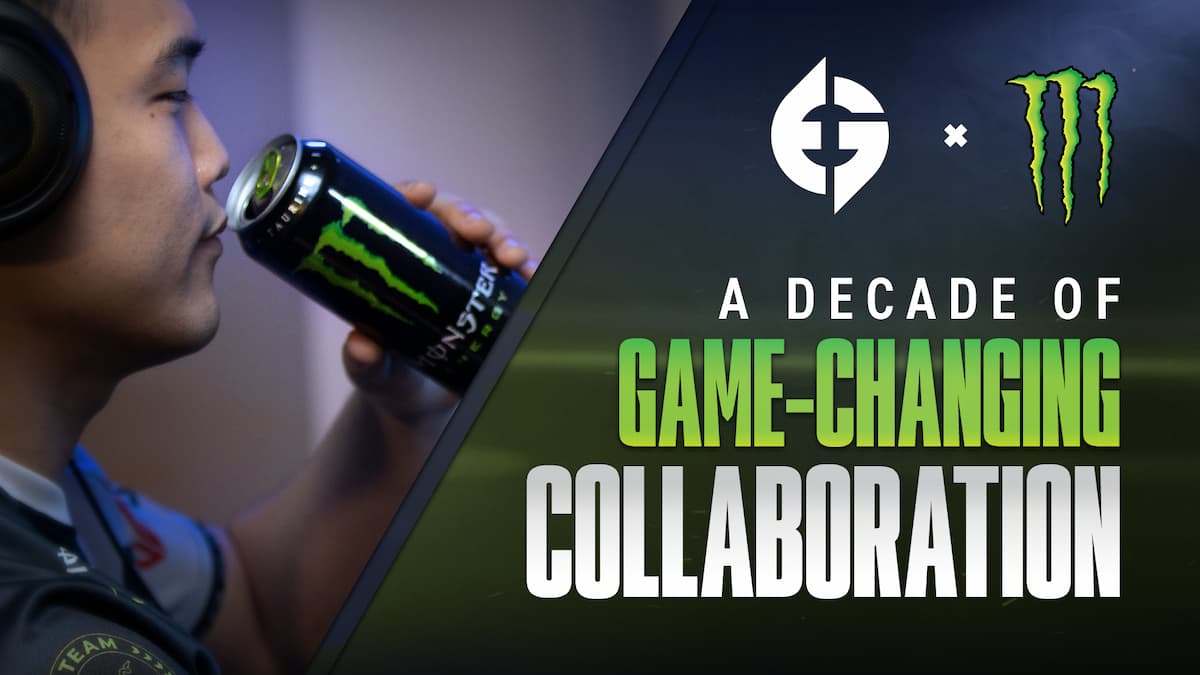 Evil Geniuses and the Monster Energy will continue their iconic sponsorship for years to come across all games, platforms, and activations.

Monster has been one of the title sponsors for all of EG’s teams in the last decade, with the North American organization’s League of Legends, VALORANT, Dota 2, CS:GO, and fighting game players all representing the brand. The original agreement was announced on April 20, 2011, and now, two days after the anniversary, both sides are ready to look to the future of esports.

“We are extremely proud to celebrate a decade of game-changing collaboration between Monster Energy and Evil Geniuses,” Monster Energy CMO Dan McHugh said. “We’ve loved growing with Evil Geniuses in the world of esports over the last 10 years and look forward to continuing leveling up together.”

Both EG and Monster will be celebrating their continued partnership by sharing memories, highlights, and more from the last 10 years on social media.

“EG and Monster Energy’s partnership has been a constant in an industry rife with change,” Nicole LaPointe Jameson, CEO of EG, said. “Consistently fueling our players, fans, and organization through championships and world-class initiatives on and off the stage, we couldn’t be more proud to have Monster Energy alongside us through it all as one of the longest running team partnerships in esports and as a member of the EG family.”