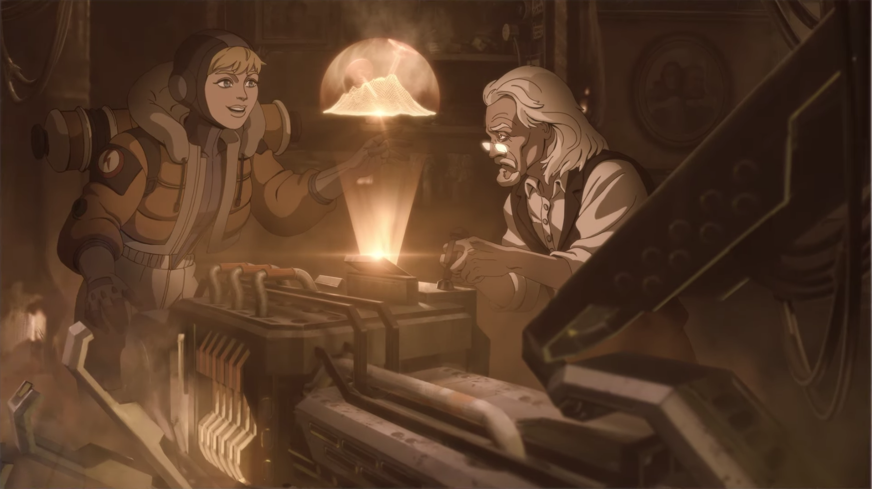 Caustic’s plans to gas Solace City could come to an end. Wattson confronted the scientist about it in Apex Legends’ latest Twitter comic today, which also gave a glimpse at her former relationship with Caustic and shared important information about her late father.

The comic kicks off after Caustic’s absence from working on his master plan: weaponizing the new toxin in Kings Canyon. Wattson seems to worry about the scientist, despite feeling that she shouldn’t. “And if something was wrong, do you care? After what he did? No!” she tells herself.

On the next page, Wattson runs into Caustic while he records a message to himself. The log reveals his plan to gas the entirety of Solace City to find “more reliable, compelling results” for his great experiment and Wattson overhears it. She also notices Caustic’s cough, which reminds Wattson of her late father.

Wattson goes after Caustic inside the repurposed Water Treatment station. The scientist tells Wattson that he’s been harnessing the toxin instead of disposing of it and reveals his plan to gas the population of Solace City. “Thousands live in Solace City. Families. Fathers and their daughters,” Wattson pleads.

The comic offers another look at the rocky relationship between Wattson and Caustic. The two grew close after Wattson’s debut in season two, but the events of The Broken Ghost tore those two apart. It seems, however, that a remnant of Wattson’s affection for Caustic still lingers—and it could affect the storyline between the two going forward.