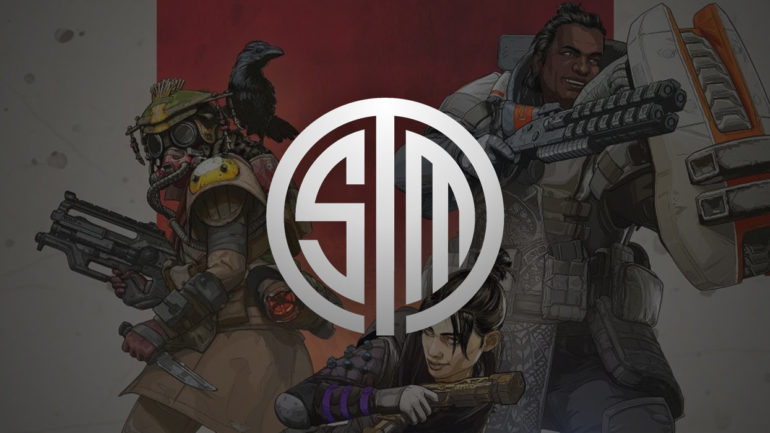 After 12 action-packed rounds of top-tier Apex Legends gameplay, TSM took home the gold in the ESPN EXP Invitational at the X Games Minneapolis.

For the three victors—Jordan “Reps” Wolfe, Mac “Albralelie” Kenzie Beckwith, and Phillip “ImperialHal” Dosen—it was a weekend marked by strategy, consistency, and teamwork.

The three players each have an extensive history of accolades in first-person shooters. But to be successful in the X Games, TSM had to achieve perfect chemistry while surviving a grueling practice schedule that lasted six to eight hours a day. For many teams, that might’ve led to being burnt out for the tournament. For a team that shares the same “mindset about winning and practicing as much as [they] can,” according to ImperialHal, it only further cemented their synergy on the big stage.

After day one of the competition, TSM was in first place with the highest average placement and second-highest kill total. Part of the reason for their success was trying out different team comps to figure out what would work best for them. During scrims, TSM even played a cheeky mind-game on the other teams in the tournament.

“We were actually playing a little bit of a mind-game by running a team comp we knew wouldn’t be as good in the LAN environment, which was running Caustic,” Reps told Dot Esports. “We were hoping that a lot of teams would think Caustic is the play, even though he wasn’t.”

Though it’s not completely clear if TSM’s ploy fooled their opponents, Luminosity Gaming’s Crank did pick Caustic in game two.

Mind games aside, TSM’s go-to composition throughout the tournament was Wattson, Pathfinder, and Wraith. “So we got Wattson for holding down buildings, she makes defending an area a lot easier,” Albralelie said. “Pathfinder gives you the early intel that you need for rotations with his passive… and his zipline is good for taking control of high ground. And Wraith can get her team out of a hard spot with her portal pretty safely.”

It’s no surprise that Albralelie largely played the lovable robot in the competition, seeing as he’s the number one ranked Pathfinder in kills. Similarly, ImperialHal is a first-rate Wraith main, enjoying her small hitbox and mobility which fits his aggressive playstyle. That left Reps to play Wattson, a legend that drastically changed the meta with her defensive abilities.

“I basically take over the in-game leading roles, so it doesn’t really matter what character I’m on,” Reps said. “I just play whatever fits our team comp the best.”

TSM controlled the lead after the first six games, but it wasn’t exactly pretty. There were a few games where they were entering the final zones as a two-man squad. This left a sour taste in the team’s mouth. So they went back to the drawing board when preparing for day two.

“Our strategy from the beginning was to focus on consistently placing as high as possible,” Reps said. “And then going into day two, we were focusing on placing as high as we can and focusing on working together, not losing someone early on off of something like a rotation. We wanted to make sure we were on the same page, because consistency is the most important thing in a battle royale.”

That strategy proved effective, especially in the eighth round of the competition when TSM placed first. While other teams were broken, all three TSM players were alive and able to pick off stragglers. ImperialHal, armed with a Mastiff shotgun, aggressively pushed the second-place Reciprocity, who were holed up in a room with only Wattson gates protecting them.

“I knew one person was down in the fight previously,” ImperialHal said. “So I just called for all of us to drop. I knew they were going to be held up in that room and, you know, if you’re trapped in there you pretty much lost.”

Reciprocity’s great gameplay impressed TSM, who didn’t expect a team that was formed right before the tournament to do so well. Reciprocity’s Eric “Snip3down” Wrona, who won gold for Halo in the 2016 Aspen X Games, was one of two controller players in the competition. They were close on TSM’s tail for the majority of the competition.

Entering the final round, TSM was tied with Reciprocity for first-place at 109 points, with the on-fire Sentinels only four points behind. All three TSM players had to show up—and they did exactly that.

“Going into that final game, I told the boys, ‘This is the final game. If you guys ever had to play the best you’ve ever played in your life, do it now,’” Reps said. “And I’m not gonna lie, Hal and Mac played the best that they could. Usually people crack under pressure but we all kept our composure, and it showed.”

Though TSM lost game 12 to Fnatic, they placed second with seven eliminations and earned themselves 16 points, the title, and $30,000 in prize money.

The next competitive Apex event will be the Preseason Invitational in Krakow, Poland from Sept. 13 to 15, where over 80 teams will compete for a $500,000 prize pool.