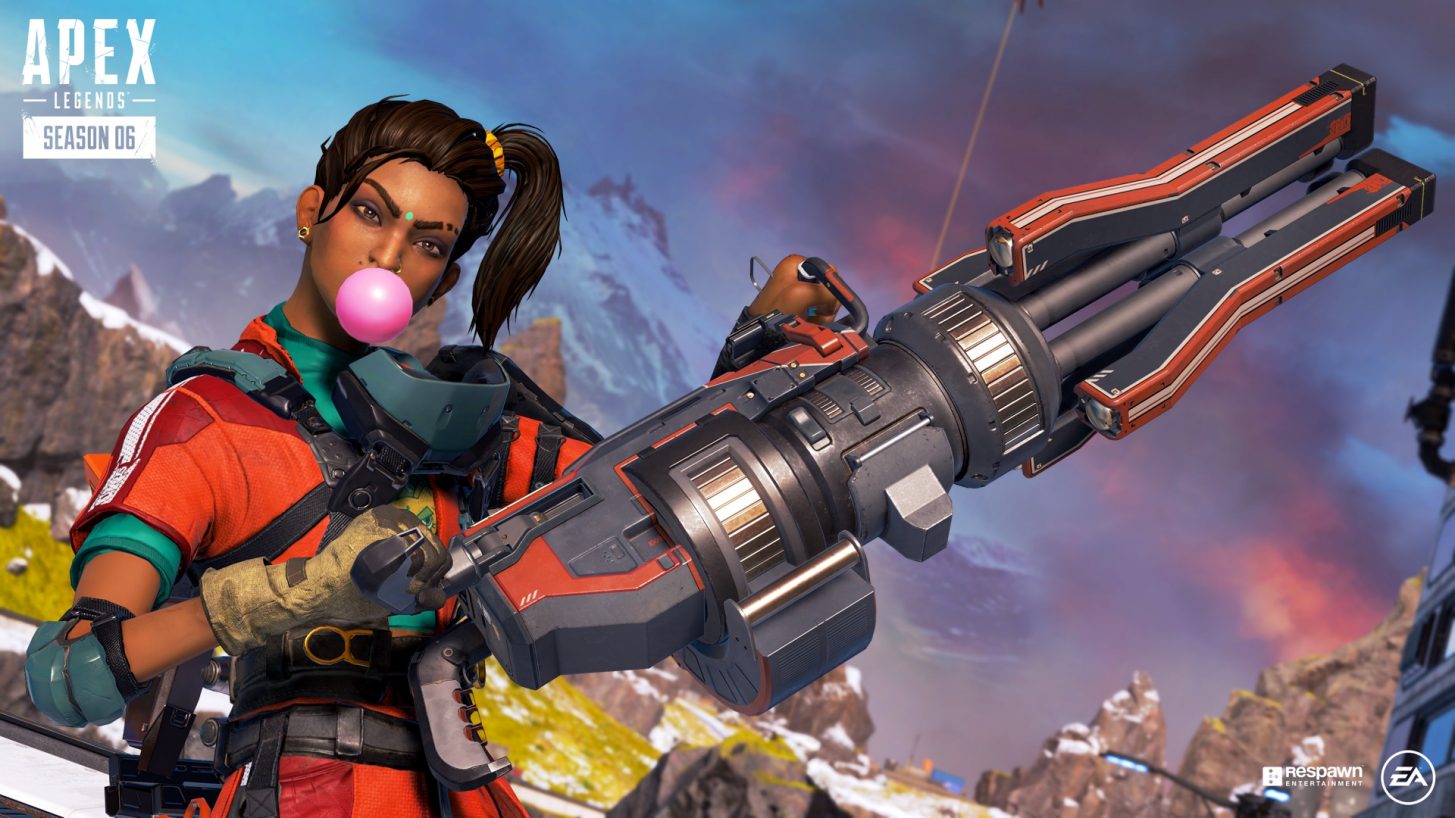 Rampart is one of Apex Legends‘ designated defensive characters, although her abilities have grown more attack-focused over time. She can still fortify and hold down positions with her Amped Cover, but the mobility she now possesses with her ultimate ability, Sheila, allows her to spring devastating attacks on unsuspecting teams.

She was released in season six, which launched in August 2020. As is common with every character, she received 16 common skins, 15 rare, five epic, and four legendary skins on release. They will all be available permanently in the Legends menu and will cost 30, 60, 400, and 1,200 crafting materials respectively.

As is always the case, however, Rampart has since received more skins from limited-time events, and seasonal battle passes. And, for those players that like to stand out, a few skins are difficult to come by.

Want to turn heads as the Amped Modder? Here are the rarest Rampart skins in Apex Legends.

Unless you were playing the game in season nine, best of luck finding this skin. Crafty Kitsune is a legendary skin that you could only unlock by completing the first 25 levels of the season nine premium battle pass, and it gives Rampart a sly, Japanese flair that goes well with her personality. Since Respawn currently does not bring old battle pass skins back to the store, you can only use this skin if you unlocked it back in season nine. There is, however, a similar alternative in Sly Fox, the legendary skin introduced in April 2022 that re-imagines Crafty Kitsune in green and gold and transfers the fox mask from Rampart’s shoulder to cover her face.

Although it’s only a rare skin, it’s still one of the toughest to find in Apex. As a Prime Gaming reward, Custom Finish was available for one month in 2020. It hasn’t been available since and will probably never be again. Custom Finish offers an entirely new style for Rampart, bleaching her hair blond and giving her a punk aesthetic. And now that it’s a couple of years old, this is as close to “vintage” as an Apex skin can get.

Need a recolor to spice up your skin collection? Keep your eyes peeled for Packin’ Paisley, a recolor only seen in the store when it was released in 2021 and then in 2022. It will require you to have Heritage Pride unlocked, but this skin is worth it. It adds a ton of design details in place of the solid colors that Heritage Pride and Sari Not Sari use and gives Rampart a different hair color.

Gearhead is one of the most vibrant Rampart skins. Contrary to the rare skins released at her launch, it recolors all her clothes and weapon with a glowing effect. Not many players own this skin because it was only available for a short period of time. It was featured in the Boosted Pack of season six when Rampart was released and could be bought for 600 Apex coins.

Let’s get scary. Death Dealer is a legendary skin that first came to the game with the Chaos Theory collection event in 2021 and has been available one other time, at the very beginning of 2022. The skin is a drastic departure from most of Rampart’s skins, trading the nods to her mechanic trade and Indian roots for armor adorned with skulls and bones. Fittingly, when Rampart was introduced, the pink color that dominated the design of season six made a big mark on this skin, with the entire upper half of her face covered in what could be pink and purple makeup or warpaint. Who’s to say?