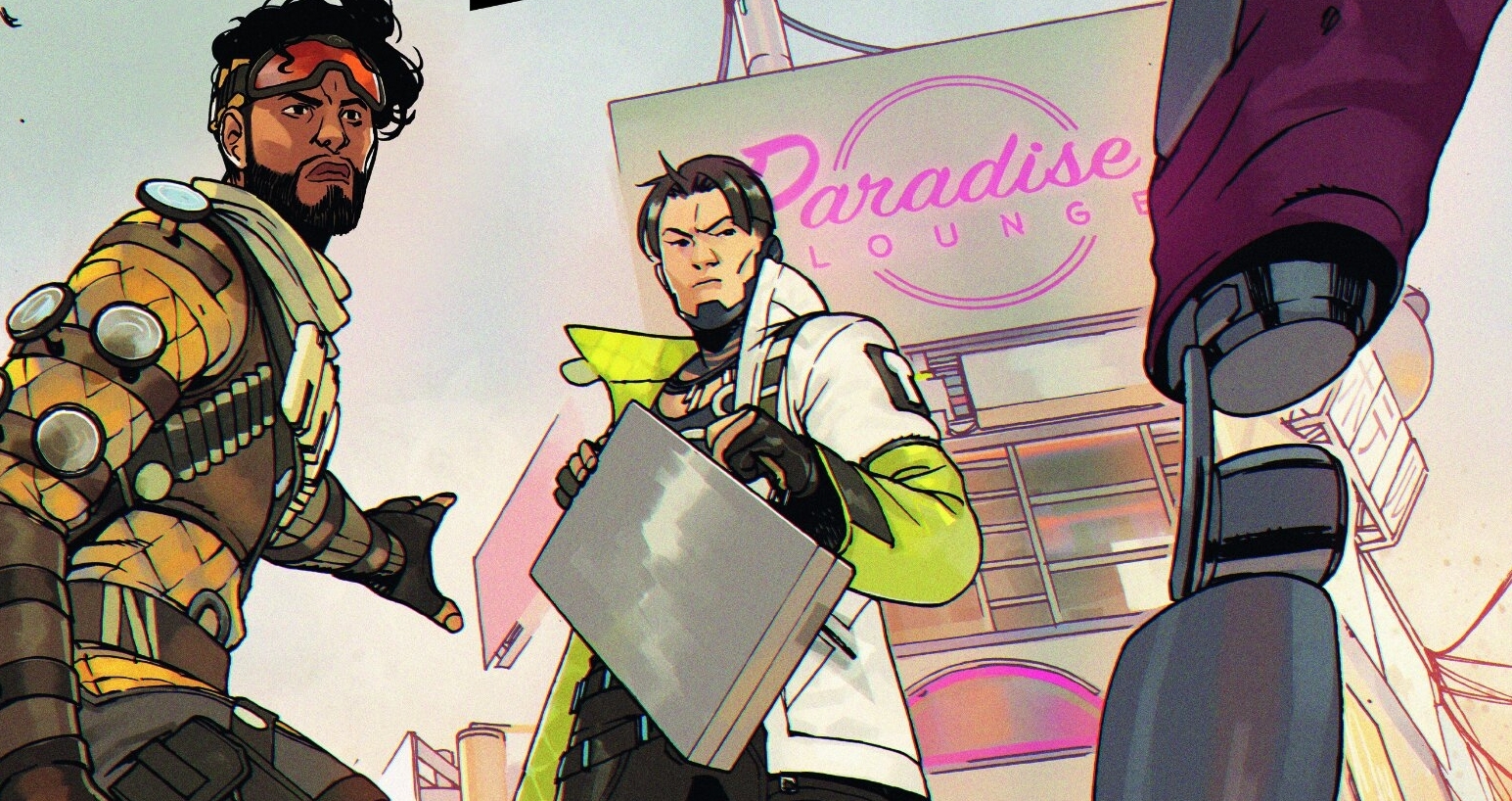 Fans can now purchase the first issue of Apex Legends’ Overtime comic. Overtime is penned by Apex and Titanfall writers and published by Dark Horse comics, who also brought Pathfinder’s Quest to life. The digital edition is in stock on Dark Horse’s official website for $3.99 while Amazon lists a paperback version ($19.99).

According to the comic’s official description, the legends will have to band together to “rescue the city from mad scientists, brutal assassins, and the sudden and sinister grip of the Syndicate.” The first of four issues focuses on Mirage and Crypto after they suffer an “embarrassing loss” in the Apex Games. The hacker has scheduled a meet-up with one of his contacts, but one of the legends gets in the way.

The Overtime series could approach a line of story arcs from the main game. Crypto’s search to clear his identity appears to be on the forefront of the first issue, which also lines up with the hacker’s prominent spot in the latest quest, The Legacy Antigen.

The new comic approaches the deadly infection that has spread out over Olympus but uncovered a family secret or two. The rest of the legends discovered that Crypto and Caustic were stepbrothers. Crypto’s foster mother, Katerina Tikacec Nox, is Caustic’s biological mother. The hacker also appeared (as Tae Joon Park) in a canon Twitter comic, when he met up with Bangalore.

Although the first issue of Overtime is already available for purchase, it’s still unclear when the rest of the series will go live.