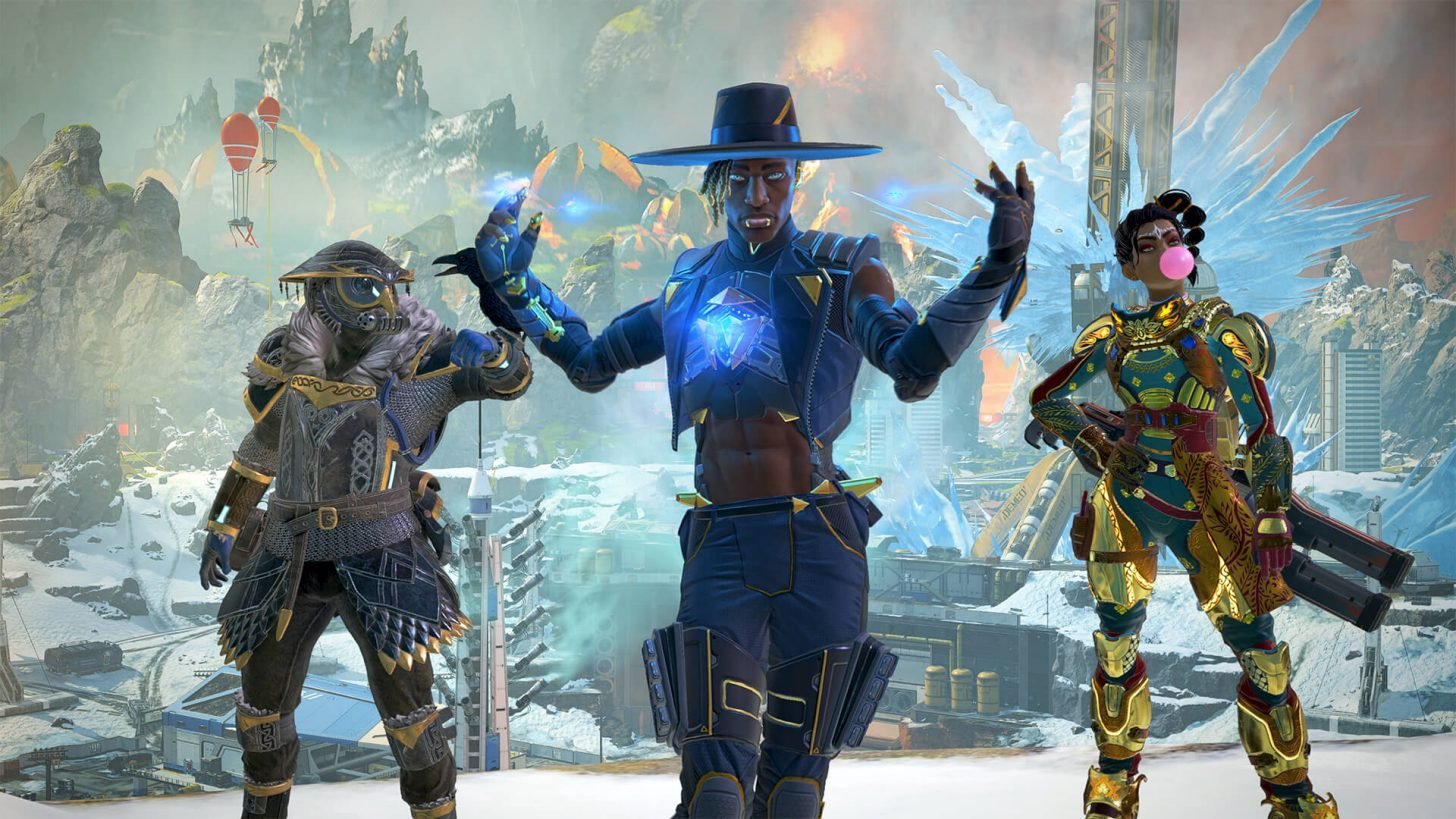 Respawn Entertainment made massive changes to Apex Legends this year.

But those were just the biggest changes. There were dozens of smaller bug fixes and solutions to quality-of-life issues that players had been experiencing since launch.

Here are the best changes made to Apex this year.

The ability to track damage in game, which was a “highly-requested” feature, wasn’t the biggest update of the year. But the change punched above its tiny weight.

Previously, players were completely in the dark when it came to how much damage they were doing in-game. While Respawn suggested the damage tracker would be handy for trying to get damage badges or to complete daily challenges, it has become way more central to the game. It turns out that seeing how much damage you’ve done is nice for a variety of reasons. It can be used to determine how effective you are with a particular weapon, for example, or whether you’re carrying or being carried by your squad. Less concretely, it’s nice to look at, stimulating the same part of the brain that lights up when you see damage numbers bouncing off enemy shields.

This large machine gun that uses heavy ammo is somewhat reminiscent of the Spitfire, a gun so strong that it was put into the care package. Maybe it’s not quite as strong as the Spitfire was at its zenith, but that’s part of why it was such a great addition to the game. Setting aside the Rampage’s extremely satisfying sound (reason enough to use the gun), it fit perfectly into the weapon meta at release. At close range, it loses to fast-firing SMGs like the R-99. At longer ranges, all the snipers outperform the Rampage. It shines at medium range, where it delivers accurate and punishing sustained fire.

And it’s hardly useless in other situations. The Rampage is a brilliant all-purpose tool. Off drop it’s extremely deadly, with visually clean iron sights. Late game, it works well with a 3x or 2x scope. It also has a genius alternate fire; loading a thermite grenade into the Rampage transforms it into a souped-up version of itself, spewing out bullets at a higher rate of fire that can also break doors. Unlike the misfit 30-30 Repeater and the undercooked concept of the Bocek Bow, the Rampage felt like it belonged in Apex immediately.

Like Arenas, Valkyrie’s introduction to the Apex meta has detractors as well as boosters. It’s true that Valk’s ultimate is often used as a crutch to escape from otherwise deadly situations. But the same could be said about Wraith’s portal or even Gibby’s bubble. Setting aside her other abilities, Valkyrie’s ultimate addressed a persistent problem in Apex: gatekeeping. Before Valkyrie, it was almost always a death sentence for teams trying to get into zone if the boundary was guarded by competent opponents. The same goes for some chokepoints on the map.

Valkyrie’s ultimate allows teams to safely escape from these bad positions. Some may consider it cheap. But fighting from zone often feels unfair, impaired by the zappy orange goo on-screen limiting vision and draining health. It’s one of the least fun parts of the game. And it’s not like Valk’s ultimate is without risk. It’s easy to jet right into a nest of enemies, and the ultimate dramatically reveals your team’s position to the rest of the lobby. Overall, Valk’s shake-up of a tired gameplay loop has been a breath of fresh air for the game.

Season eight featured a brilliant buff to Octane that changed him from a fun character with a marginally useful ultimate into a versatile powerhouse. In February of this year, Octane’s jump pad ultimate was completely reworked. Previously, Octane’s ultimate wasn’t great, sending legends high into the air, where they moved slowly and could be shot with relative ease.

The season eight rework turned the jump pad into a more effective escape tool while still giving players the option to use the original high arc. Moving onto the new version of the pad while crouched or sliding gave players a long and fast horizontal arc that turned Octane into a faster but riskier Wraith replacement. It brought Octane back from the brink of irrelevance and spelled the end of a long-dominant meta of using Wraith portals to safely rotate.

Arenas mode has its fans and its haters. But it’s hard to deny that Arenas filled a much-needed void in the world of Apex. For more than two years after the game’s release, battle royale was the only mode available to players. And while the core mode of the game is fantastic, it has clear problems that Arenas easily solved. For example: looting is great. Everyone loves loot. But an extended looting phase can get tedious. There’s no tedious looting in Arenas.

Similarly, not many players love running across World’s Edge for minutes at a time simply looking for enemies to fight. And that’s a sadly common situation, particularly in games where several teams go out early, leaving large swaths of territory empty. With rounds on a short timer and smaller maps that collapse on just two teams, Arenas delivers quick, reliable rounds of combat.

Arenas is also a controlled environment, making it ideal for practicing abilities, gunplay, or team strategy. If players want to get better with the Wingman, they can pick it up every round. Arenas can serve as a warmup for players looking to get into ranked battle royale lobbies, offering more effective practice than the firing range. Finally, while part of the fun of the battle royale mode is party crashing two teams nearing the end of a fight and easily finishing them off, being on the opposite end of that interaction is a painful reality of a lobby with 20 different teams. There are no pesky third parties in Arenas mode. In general, Arenas offers a fresh perspective on the core gameplay of Apex, and that’s something to be thankful for.

Since the game’s release, Apex players dropped into their matches woefully unprepared. It was almost impossible to fight at the beginning of matches without some luck. Players fortunate enough to find a good shield and a gun could dominate opponents, facing players with half their HP and no opportunity to loot.

Season nine leveled the playing field by equipping every player with a level one EVO shield, a helmet, a knockdown shield, and a couple of shield cells and syringes. The change had a huge effect on early-game chaos, allowing skilled players to survive in areas crowded with enemies and making it less likely to get sent back to the lobby by a lucky R-99 clip.