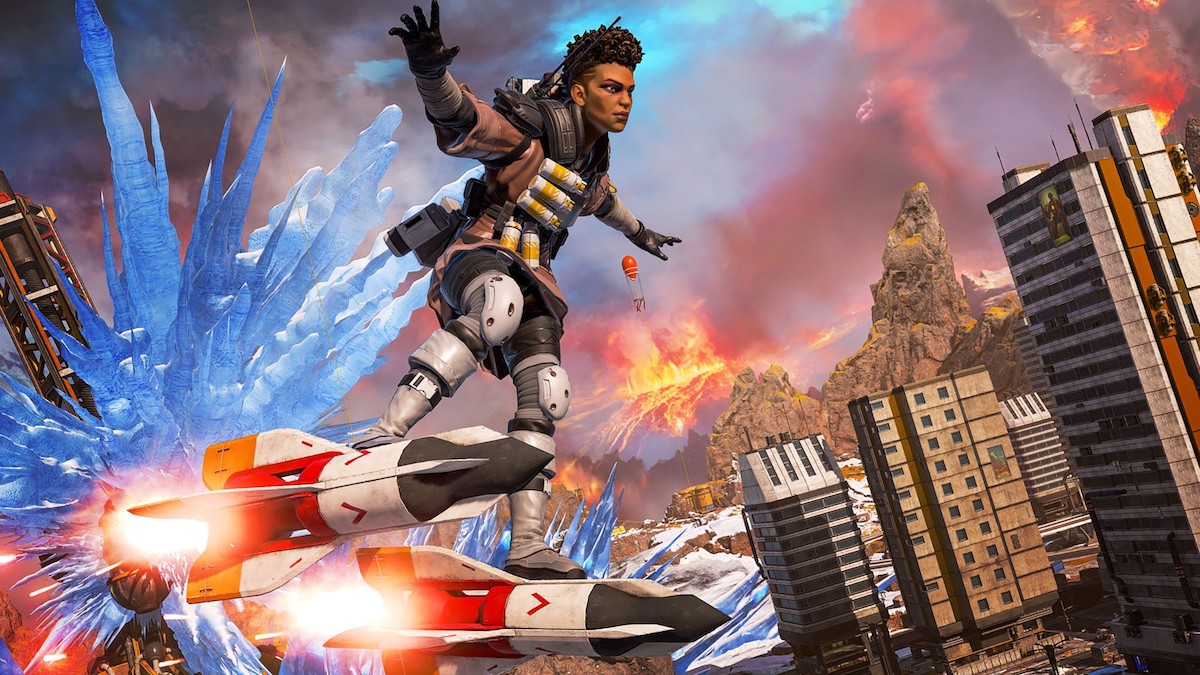 Esports Arena, however, finished first in the overall Pro League standings, earning $30,000 and bragging rights for their excellence over six days of matches.

Monday night’s lobby pitted Group A against Group C, which boasted four of the top five teams in Pro League: G2 Esports, who led the league going into Monday’s games, as well as Esports Arena, 100 Thieves, and TSM.

A $125,000 prize pool was awarded to the best finishers in the second split, and the top ten earned qualification for the $1 million Stockholm LAN, the global playoffs scheduled for the weekend of April 29. That left Team Liquid, in eighth place before Monday’s games, to defend their place at LAN, and hopefuls like XSET and FURIA, in 16th and 17th place respectively, facing an uphill battle to reach the threshold.

Game one led teams to the hillside outside Fragment East. Perpetual favorites TSM, who drop nearby, had a short walk to a great position as others journeyed from across the map or scrambled for safe spots. In the final moments, 100 Thieves dispatched TSM but fell right afterward to XSET, who mopped up a lone Esports Arena player to close out the game with ten kills. That gave XSET, who started the series well outside contention for Stockholm, a great start to the evening.

Game two went down at Lava Siphon, where G2, Cloud9, and Esports Arena were all eliminated in the Apex Legends midgame. Team Liquid came up with the win over FURIA in the final circle, beginning their hot streak.

After two games, only five points separated the top five teams. Game three circled an area outside of Fragment West, where squads piled up in the lone safe building. Team Liquid wiped FURIA going into the endgame and were left to deal with Buff Pathfinder and Optimal Ambition. Liquid dispatched both teams with ease, earning back-to-back wins exactly when they needed them most.

Those World’s Edge games left Team Liquid 15 points ahead of the field, with 45 points. FURIA was in second place, with 30 points, though it was no guarantee of safety: the rest of the top ten were close behind as the competition shifted to Storm Point for the three remaining games.

Team Liquid once again survived to the end of game four, which was fought in the shallow water south of Checkpoint. Soon enough, they found themselves with fully leveled shields and a Kraber, where they were pitted against an intact G-Force squad and a lone player on Lazarus. With Lazarus out of the way, G-Force and Team Liquid fought a protracted battle. But Team Liquid was too good. They won a third straight game and put themselves 30 points ahead of second-place G-Force.

Game five developed east of Thunder Watch, where Cloud9 finally thwarted Team Liquid, who were on the hunt for four wins in a row.  Cloud9 took advantage of multiple shooting angles and dropped on Team Liquid from above before winning in a fair fight. Even so, Team Liquid had extended their lead over the field to more than 40 points.

The final game was played around Cascade Falls, where FURIA and G2, both using Bangalore, survived to late game with good positioning on the cliffs overlooking the area. Appropriately enough, Esports Arena capped off their Pro League season with a win in a chaotic endgame and showed why they’re considered to be the best team in Apex at the moment. Unfortunately, despite good days in the latter half of Pro League, FURIA and XSET failed to qualify for the LAN.

The regular ALGS season is now over. The top teams in the global Apex scene will gather for the playoffs in Stockholm on the weekend of April 29, marking the game’s return to international LAN events after more than two years away.