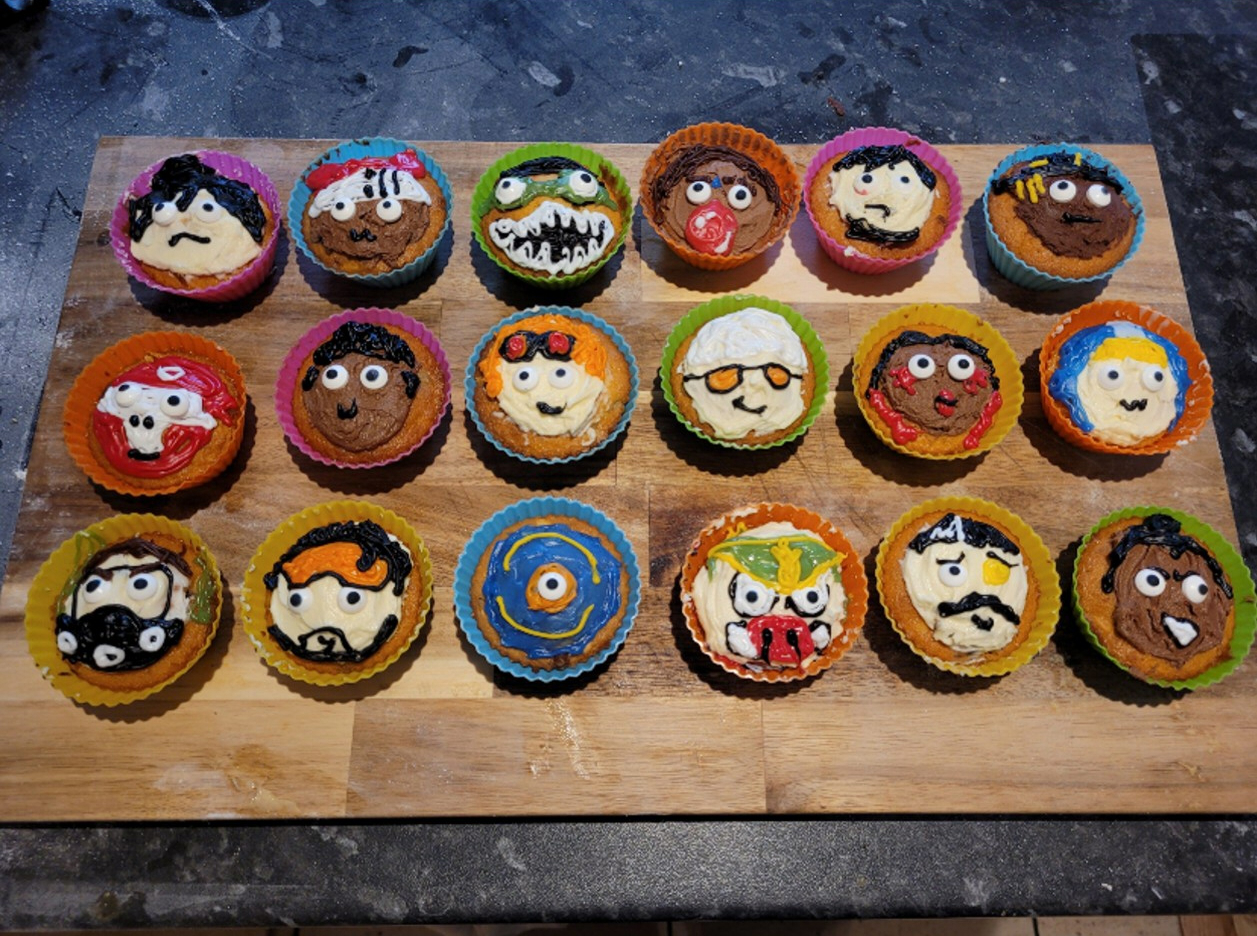 A Twitch streamer baked Apex Legends-themed cupcakes on stream over the weekend—and the results were pretty epic.

Apex streamer Holiwhirl baked the cupcakes live on stream for viewers. After taking them out of the oven, she decorated each one with colored frosting and candy eyes. Some of them are pretty close to their inspiration—Loba and Octane look great—while others, like Pathfinder and Bloodhound, are clearly cursed.

This isn’t the first time that Holiwhirl has made gaming-themed cupcakes. Before becoming a full-time Apex streamer, she was an Overwatch streamer. During that time, she made not one, but two batches of cursed cupcakes for that game’s cast.

Holli enjoys baking and uses it as a way to break up her usual gameplay streams every once in a while. It’s clear that her fans love it, too. Fellow Reddit users flocked to the comments section to point out their favorite cupcake, figure out who’s who, and playfully complain about how she absolutely did Pathfinder dirty in her cupcake depiction.