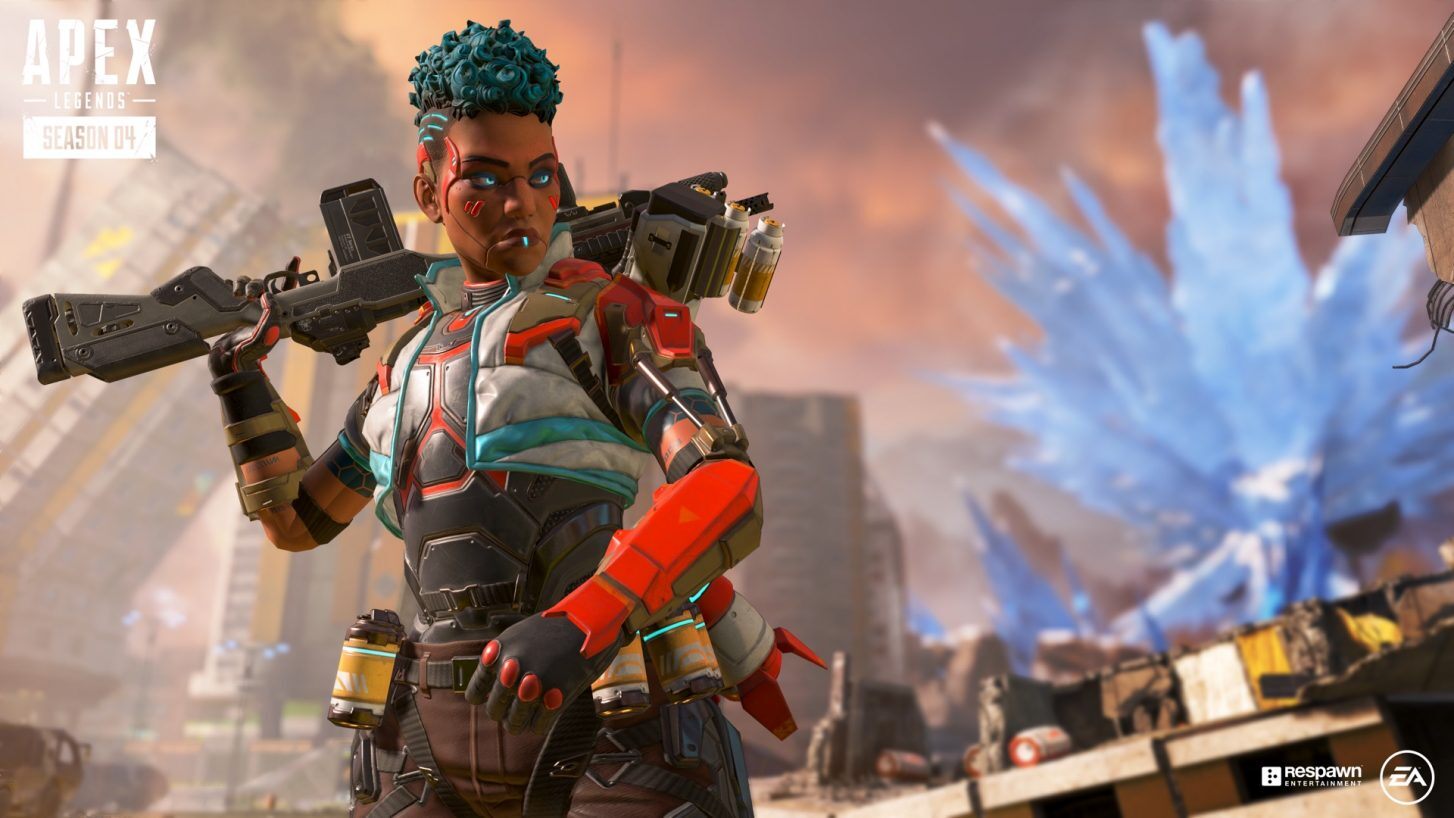 SoloQgoats lived up to their name on the second day of the Apex Legends Global Series in Europe, the Middle East, and Africa. The team ran through their lobby, taking fights fast and furious and using Bangalore in conjunction with Gibraltar and Valkyrie to great effect, proving they’re one of the best teams in EMEA in the process.

The path to the top wasn’t an easy one, however. Several teams kept pace with them throughout the day and the lobby came down to the very last game.

The first game of the day took place on Storm Point, notorious for its large, wide-open spaces. The endgame of match one was much the same, pulling down to a southern stretch of water and rock between Shipfall and Gale Station. With all of the space in the world to work with, popular free agent team Forg Gang made no mistakes.

Despite Fenerbahce Esports holding cover and high ground, Forg Gang played patiently, waiting for the final zone to flush them from their hiding spot. A Gibraltar ultimate quickly forced Fenerbahce to use their own Gibraltar ultimate and bubble, and with only a couple small rocks and a corner of safe space with the closing ring at their backs, the writing was on the wall. Forg Gang jumped out to an early lead on the day, while GMT Esports followed closely behind thanks to 11 kills and the hiding skills of Casper “Gnaske” Præstensgaard, who stayed hidden long enough with both of his teammates down and out to secure a fourth-place finish.

Game two couldn’t have finished differently, with buildings to the west of Cascade Falls providing multiple levels of cover in the final circle. With the final circle closing, three teams remained, cut off from each other by the shrinking ring: Odin Gamers, soloQgoats, and Kungarna.

Odin tried to take the initiative, realizing a heal-off was a complete toss-up and opting to try to secure second place by dropping onto soloQgoats from the roof. The plan backfired, however, and soloQgoats secured the knocks and the damage needed for the ring to wipe out Odin Gamers’ health before it could do the same to them. Kungarna also sent members out into the ring to join the fray but kept one member out of reach in the inside of the building, winning the game purely by avoiding the fighting and the ring damage. SoloQgoats reaped the rewards of the three extra kill points, however, finishing the game with more points than Kungarna despite coming in second place in the game. The team lept into a tie for first place with Forg Gang, but the lobby remained incredibly close, with only 10 points separating first place and seventh in the day’s overall standings.

It looked like game three would be a repeat of game one. Fenerbahce Esports were once again stuck in a tight spot in the final circle, with another team holding all the space. This time, however, Ash player Umut “PinkyFinkyTinky” Zeytünlü had other ideas.

SoloQgoats held a priority position on Fenerbahce, who were forced to use their Gibraltar dome shield first again when the ring forced them out into the open. PinkyFinky used an Ash portal to get on top of the rock soloQgoats had been using as cover and slide-jumped behind the team, completely taking the squad by surprise. The damage he laid down to Nicholas “diffq” Espersen and Shivam “ShivFPS” Patel was enough to secure the victory for Fenerbahce, putting the team in first place overall at the halfway mark, while soloQgoats trailed behind by just one point. Forg Gang also remained close with a fourth-place finish in game three, creating a three-team race for first.

That group at the top of the leaderboard got a bit bigger after game four thanks to a massive 15-kill victory for Mutariuum that took the team from tenth overall to a share of first on the day, tied with soloQgoats.

Mutariuum found all the right rotations in the final circle, using cover under the snake building to grab kills on teams forced to rotate through an open field in front of them, then climbing on top of the building when the circle closed to secure the high ground. When it came down to the final fight, Mutariuum already enjoyed a man advantage over Kungarna, who had lost a member earlier in the game. Mutariuum used this advantage beautifully, splitting up to surround Kungarna from all angles as they were flushed out of the building, taking the victory.

Nineteenth, 18th, and 16th-place finishes for GMT, Forg Gang, and Fenerbahce also meant that the top of the leaderboard remained incredibly close. This set up a crucial final two games, with nine teams still with a realistic shot of taking first place on the day.

Game five pulled to the southern edge of the map, with endgame fights surrounding The Tree. It was a two-team show in the end, with game-winners GMT Esports and third-place finishers soloQgoats finishing the game with 14 and 10 kills, respectively. SoloQgoats looked like they would run away with the lobby, using Shiv’s Bangalore smokes to isolate fights.

GMT Esports, however, found the perfect Valkyrie ultimate in the endgame, finding the only cover in the final ring and then using Valkyrie’s missile swarm to effectively wipe the remaining teams.

The game solidified soloQgoats in first place, finally, taking a 15-point lead over second-place after finding themselves tied for first overall so many times throughout the day.

No one would end up catching soloQgoats, but Horizon did help their cause by winning game six, jumping up the overall leaderboard for a strong fifth-place finish on the day.

Day two continued the strong start to Split Two for soloQgoats and served as vindication for Shiv, whose Bangalore finally seems to be clicking at the highest levels after Split One when Shiv said he would have to drop his trademark legend. After both lobbies concluded on day two, soloQgoats sat in first place in EMEA Pro League, while Mutariuum and Forg Gang also held down their spots in the top 10 that will qualify for the Split Two playoffs, a LAN tournament to be held in Stockholm.

Fenerbahce and GMT also made strides toward that goal today, sitting just outside the top 10 in 11th and 12th place, respectively. Four matchdays remain for all EMEA teams, however, and only 10 points separate 10th and 22nd place on the Pro League table. This split is far from over.