The legend’s ultimate may make it difficult to use as cover. 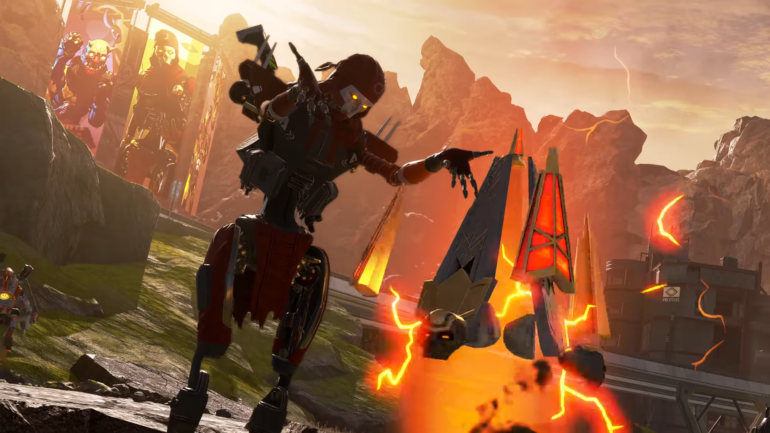 Apex Legends’ newest character, Revenant, may shake up the meta with his game-changing ultimate ability. But shooting past the Death Totem is a different story.

An Apex player discovered a potential issue with the Synthetic Nightmare’s ultimate ability, posting their findings on Reddit today. The Death Totem appears to have an inaccurate hitbox that blocks projectiles if your cursor is too close to it. Dot Esports tested the totem’s hitbox in the Firing Range, reporting similar results.

Though you can see an opponent from behind the Death Totem, its inaccurate hitbox creates an invisible wall that stops bullets from traveling. This can be problematic when trying to use the totem for cover, as well as stop enemies from shooting you when you’re behind it.

It’s unclear how often Revenant’s ultimate will be used for cover, however. Players will ideally want to hide the Death Totem so that when their squad is resurrected, they’re in a safe location. Lifeline’s Care Package, on the other hand, is larger in size and harder to hide because it’s arrival is visible to all players. Using her ultimate for cover will likely be a more common occurrence than Revenant’s Death Totem.

Respawn hasn’t addressed the issue yet. But because Revenant made his debut yesterday, it’s expected for a few complications to have slipped through. If it continues to adversely affect gameplay, it’ll likely be fixed in an upcoming patch.