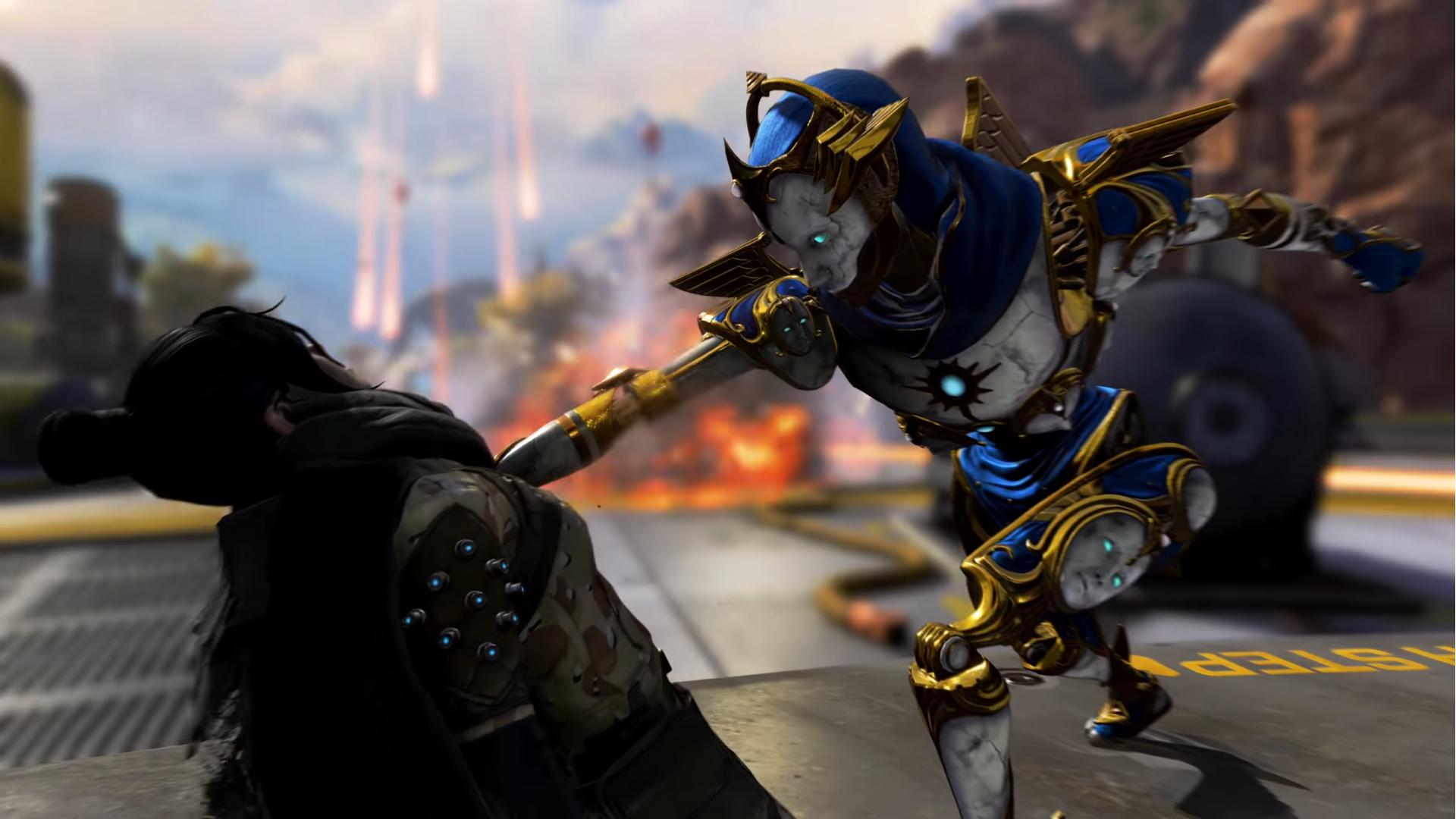 This time, the devs are fixing the disruptive “OUT OF STRING MEM” error that stopped players from seeing textures, effects, and even text in the game. The patch also deployed a solution to assorted crashes and pushed general stability improvements.

The “OUT OF STRING MEM” error became a fairly common issue in Apex and one with a significant impact on gameplay. A big “OUT OF STRING MEM” message would appear during matches and would obscure textures, names, banners, or badges. In most cases, actual elements—such as attachment icons, badges, or banner poses—would be obstructed by an orange and pink grid, which made them impossible to see, according to player reports.

In addition to the memory glitch, the hotfix fixed several instances of crashing, including one related to the explosive holds in Kings Canyon. While Respawn hasn't addressed exactly what could trigger the crash, players could reportedly take out a server by opening one of the safes and entering a Wraith portal at the same time, as seen in a video.

Crashes started to become more prominent in Apex after the Chaos Theory patch. One of the most infamous exploits allowed players to take down entire gaming lobbies with the use of Replicators—although Respawn fixed the issue earlier this month.

Today's hotfix also deployed “other various stability fixes” and solved some “menu overlap issues” on the Nintendo Switch. The latter seems to be related to the menu placement on the platform, which caused some options in the settings menu to overlap with each other and become inacessible.