A heatmap of player movement gives fans a look into the making of the game. 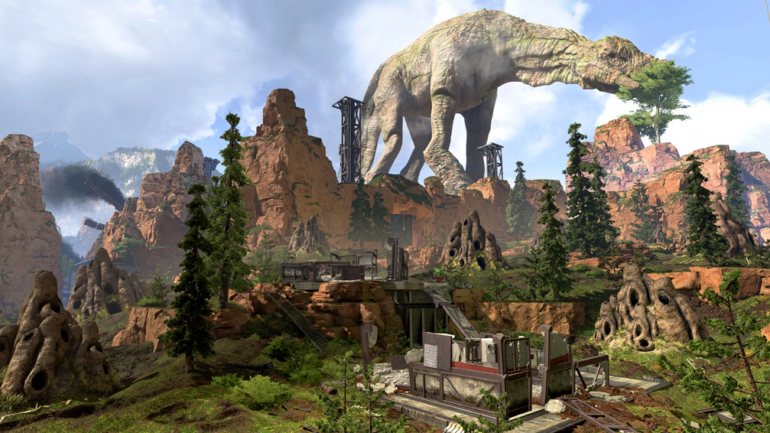 McCord’s tweet explained that the heatmaps were used to show Legend movement over six months of internal testing, before Apex Legends was shipped.

A heatmap like this would provide Respawn with information as to what parts of the map are overly populated, and what parts end up deserted. “During development, we use heatmaps to look at where players land, move through the map, die, etc.” McCord said. “We use this data to draw conclusions on map flow and balance.”

From the looks of the heatmap, the most populated areas of movement during development were in the center. Places like Bridges, Bunker and Cascades got the most traffic.

On the other hand, areas like Swamps and Relay garnered little movement, presumably because they are on the outskirts of the map and the ring is less likely to take players there.

Respawn’s development team did alter the map for season two, after the Repulsor Tower, which kept wildlife off the island, was destroyed. Now that Leviathans are traversing Kings Canyon, certain settlements were wrecked and rebuilt.

The area that was previously Bridges is now The Cage, which has become a popular landing zone during matches.

Cascades has also been transformed to Containment, a wonderfully built area where shrieking Flyers are caged up.

Though heatmaps were used during development, it seems they continue to have a huge effect on the transformation of Kings Canyon.